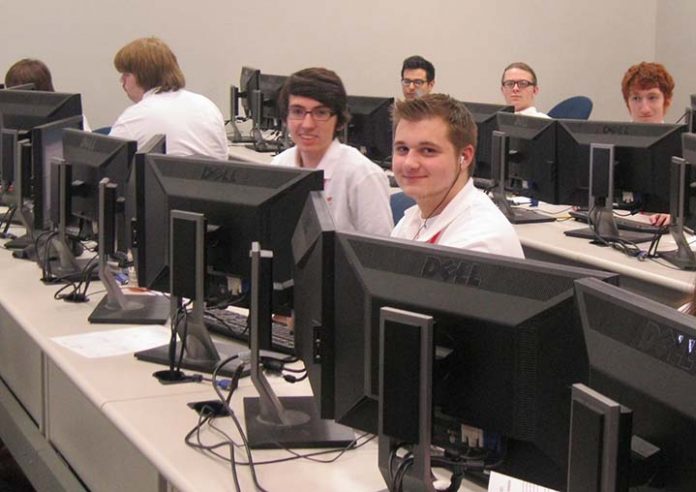 Bread, cinnamon rolls, coffee cake, pie and cookies baked from scratch in three-and-a-half hours was only part of a day’s work for Kayla Coppock, 17. To top it off, she even decorated a cake.

The April 19-21 conference put students from training programs across the state to the test in skill areas ranging from Culinary Arts to Criminal Justice. More than 70 competitions took place, with winners moving on to the national competition, taking place June 24-28 in Kansas City, Mo. Events were held at several Grand Rapids locations.

SkillsUSA Michigan is a national organization serving more than 300,000 high school, college students and professional members who are enrolled in training programs in technical skilled and service occupations. It is part of the School of Technology Studies in the College of Technology at Eastern Michigan University, in Ypsilanti.

For students competing, it was a chance to show off their skills in a competitive, real-world environment.

“It’s real-world experience,” Kayla said of creating her assemblage of bakery items. “There’s a lot of stress in it, but I think it’s good for you to feel the stress.”

Students practiced skills they will use when they enter jobs in their fields of study, including auto service, computer maintenance technology, early childhood education, architectural drafting, audio production and many more, instructors said. It’s a way to get a taste of what it’s like working with a professional deadline or in a fast-paced environment. 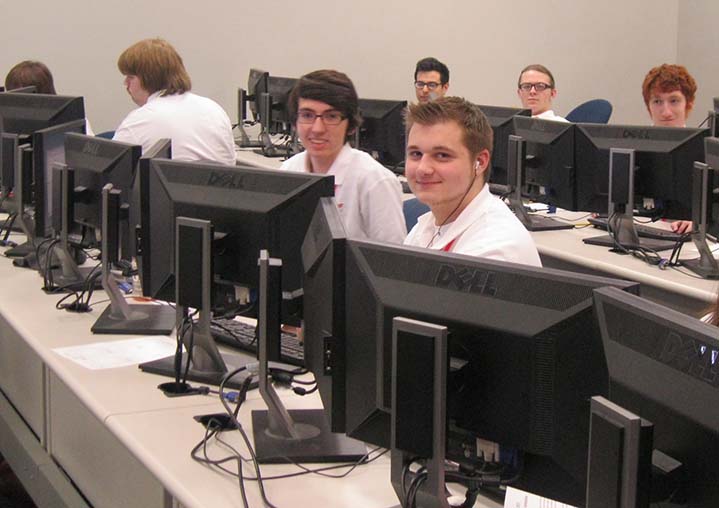 They said competing is a great experience.

“I like being able to have this opportunity to compete at a young age, at this level,” said Jake, who competed in the restaurant service competition.

“It helps me learn how to plan things out,” added Rachel, after preparing a plated meal of chicken, sauce, vegetables, soup and garnishes in four hours for the Culinary Arts competition.“It applies to life in so many ways.”

Also, two hospitality students qualified for the State of Michigan and Region 1 State Officer positions. The four first-place gold medal champions and officers will represent the Tech Center at the national competition.

Hospitality competitors Jake Beyer, from Forest Hills Northern High School, and Rachel Goos of Sparta High School, were elected to officer positions. Beyer will serve as Region 1 President and Goos as the State of Michigan Officer.

The following students took gold and qualified for nationals:

These students also placed at the state competition: