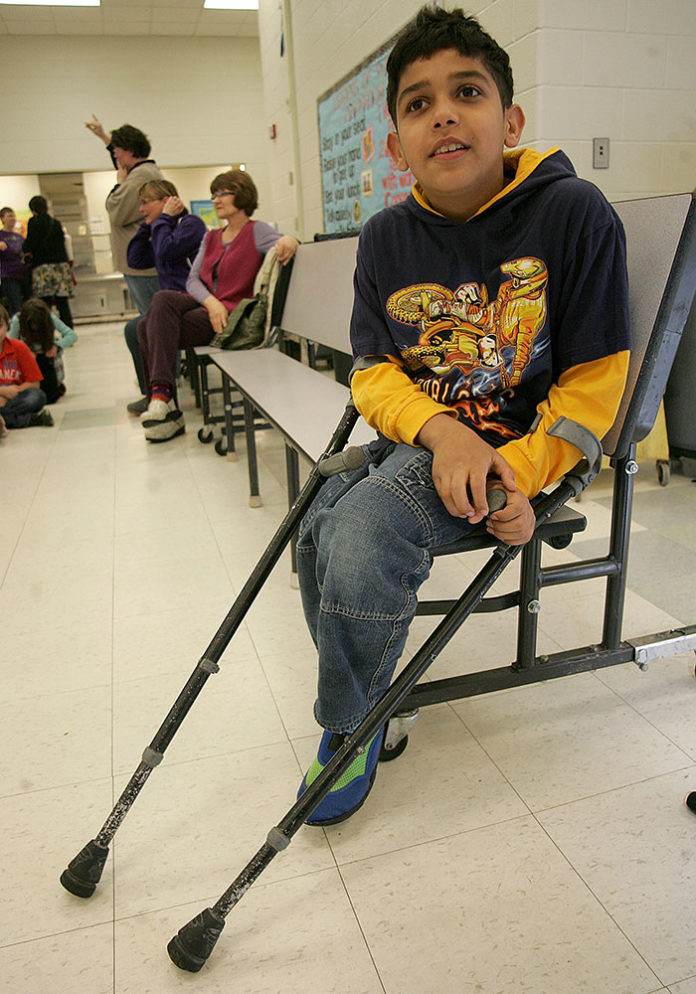 It wasn’t long before 10-year-old Hamzah Al-Daeni took on the role of teacher in the Oriole Park third-grade class. “One, two, three,” he counted, an effervescent smile spreading across his face as he instructed students to take turns racing to write their names on the white board, a game he plays in Iraq.

Hamzah recently spent the afternoon with the Wyoming Public Schools students, learning about their school and telling them about his life in Iraq. A highlight for Hamzah, who lost his leg during a U.S. bombing, was playing soccer in the gymnasium, where he scored several goals.

Students welcomed Hamzah with signs and speeches, explaining how he shows the seven leadership traits incorporated into the Oriole Park curriculum. They presented him with a Wyoming Wolves T-shirt, lanyard and guest name tag. 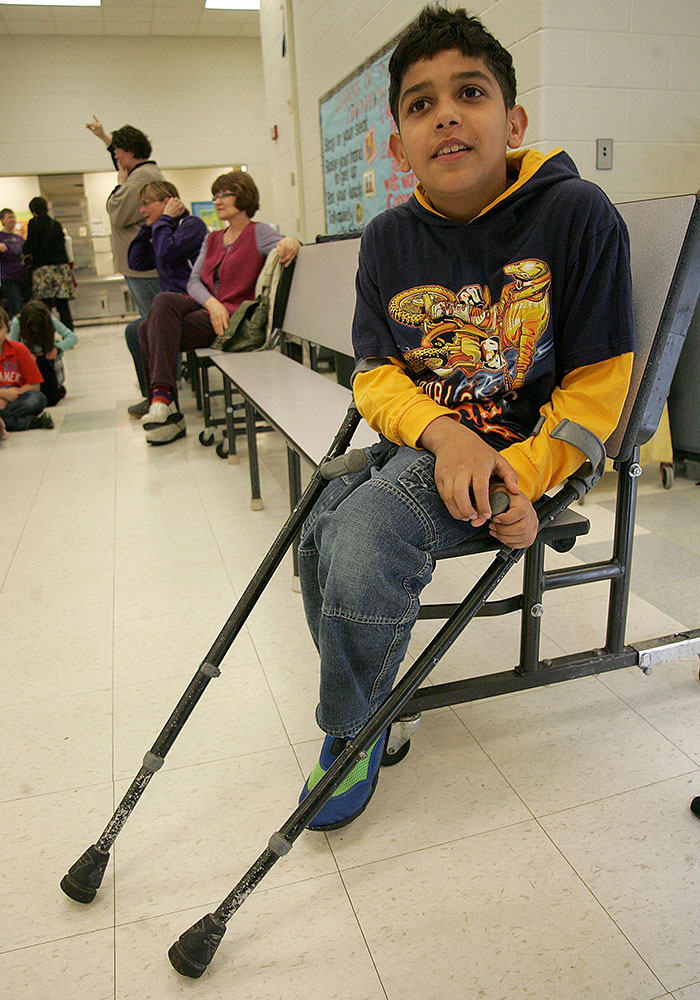 “You are the guest of honor,” said third-grade teacher Sheryl Adams.

“Thank you for coming to our school and being a great role model,” added Principal Jennifer Debski.

Hamzah and his father Imad Al-Daeni were visiting Grand Rapids while Hamzah is fitted for a new prosthetic leg at Mary Free Bed Hospital. The non-profit group Healing Children of Conflict made the trip possible, the second for Hamzah and his father. He received his first prosthetic leg and underwent therapy in 2011, but has since outgrown it.  The group of Grand Rapids-area professionals and educators facilitates medical treatment for children seriously wounded in conflicts involving the United States.

When Hamzah was 5, he was playing outside when an aircraft dropped a bomb onto his home during a raid. It destroyed much of his house and killed his grandmother. He also suffered stomach injuries that may need treatment in the future.

To prepare for his visit, students studied newspaper articles about Hamzah’s previous visit and created flow maps of the events that have occurred since his injury. Students presented information about him to other classes.

Adams said it is great for students to learn Hamzah’s story. “I think it stretched the students’ compassion,” she said. “It was really cool to see them use their leadership skills.”

Hamzah told students he loves McDonald’s, the colors green and red, and soccer, but mostly he loves the people in Michigan. “I love the people here,” he said, through a translator. “I look forward to seeing them all. They are my family,” he said.

The students said they were excited to meet Hamzah. “I am so happy to meet him, but sad at the same time,” said third-grader Aja Miler. 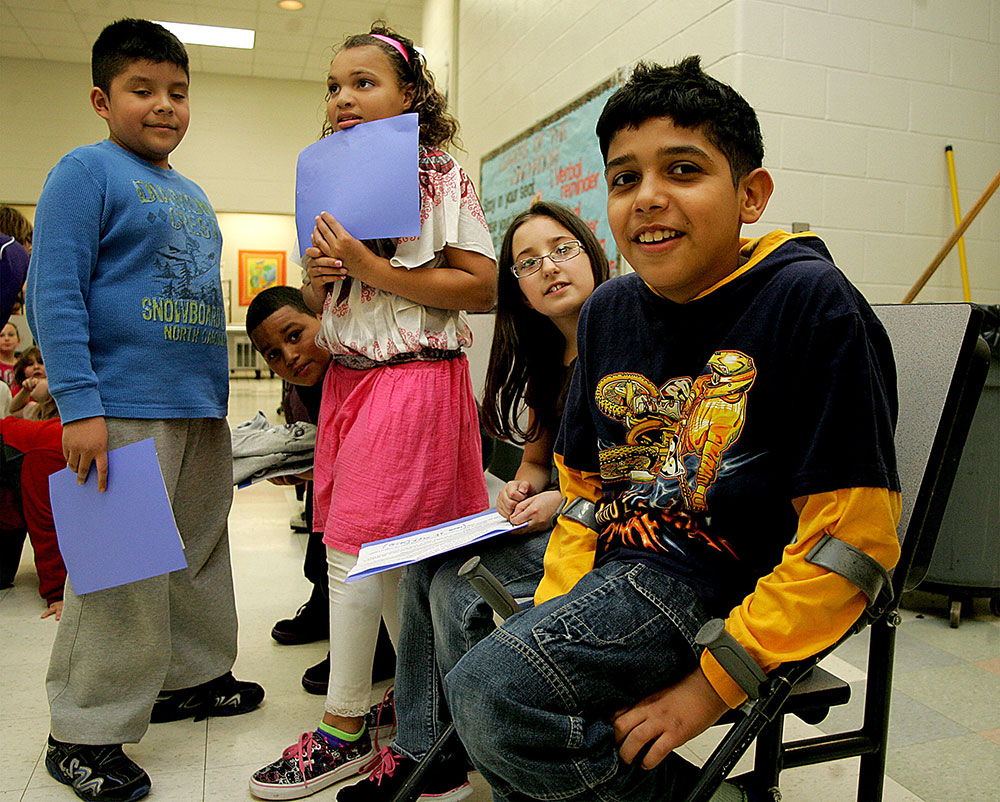 Healing Children of Conflict member Nidal Kanaan said educating people is a key part of the group’s mission, which they do through speakers and lectures.

“I think it’s more effective when people can meet Hamzah in person and see he’s a person just like them. He’s such a great kid, he has an excellent attitude, he’s enthusiastic, and he’s extremely intelligent and hard working. He has so much character and his approach to life is inspiring,” Kanaan said. “He’s my hero. It helps him so much to be here, to be with people who love and support him, especially kids his age that support him, treat him like he’s the same as them.”