After 40 Years in Schools, Paskewicz Says Time is Right to Retire 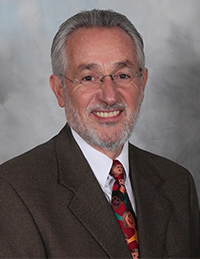 As he completes his 40th year in public education, Northview Public Schools Superintendent Mike Paskewicz says he is ready to move on.

“It just is the right time,” Paskewicz said of his decision, announced Tuesday, to retire on June 30 from the district he has led since 2009. “I’m very much at peace.”

Paskewicz said he has no other job prospects lined up, but wants to explore “community engagement” possibilities and do some traveling with his wife, Ruth. His decision was not related to his unsuccessful bid this fall for a Grand Rapids Community College trustee seat, he said, but added the loss “did make me evaluate what I want to be doing over the next 10 years.”

“There’s nothing wrong health-wise with me,” said Paskewicz, 64. “The health of the district is at a level it will attract good candidates (for a successor). It boiled down simply to, it’s time.”

The Northview Board of Education will begin the search process for a new superintendent in January.

Paskewicz came to Northview after serving as superintendent of districts in Colorado, Illinois and Utah. He began his career in 1975 as a fifth-grade teacher for Grand Rapids Public Schools, where he went on to become principal of Fountain Elementary School and executive assistant to the superintendent.

“I cannot think of a better time I’ve had in education than these last 5 ½ years” at Northview, Paskewicz said. “Everything I’ve learned over 34 years I got to practice and enjoy here, with the support of the community, a good staff and great kids.“

A writing class that’s ‘way more than that’

Intro to printmaking a hit with fourth-graders

Local students respond to Oxford shootings: ‘This should not be normal’