Providing Equity in Education Can Mean Everything to a Child 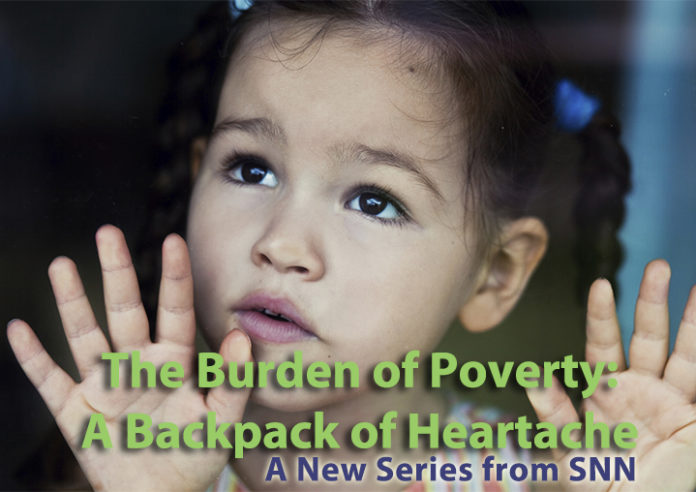 In science, a paradigm shift occurs when there is a change in underlying assumptions, when conventional wisdom comes into question as a result of something that doesn’t fit the pattern.

In my early childhood years, my family perfectly fit the “paradigm,” the model so to speak, that still permeates the educational realm way too much. My parents’ emphasis on education, a stable home and enrichment opportunities had resulted in high student achievement for me and my brothers! I was the budding writer, my older brother the math-mind, my younger brother the mini-Warren Buffet. I come from a very traditional American family: two married, white, solidly middle-class parents. My mother had a strong focus on education, which was balanced by my father’s common-sense style.

My mother is a teacher, retired now, but she taught for years at a Catholic school where all of us kids attended. She was classroom teacher to each of us at different times. The three of us excelled in school, got good grades, played sports, knew we would go to college. We had everything we needed and more. Things came easily for us, and we definitely supported the idea that a solid background, educated parents and access to resources resulted in good students that fit nicely into traditional classrooms.

My little brother, Darby, trailed along after the rest of us were well into our school-age years. He was born when I was 10, my other brothers 8 and 12. Darby was the baby, loved by all as he learned to crawl, walk and play.He revealed a quirky sense of humor, kind-hearted personality.

But in the years following his birth, the tectonic plates of my family began to shift and Darby was a piece of the puzzle that took on a different shape. Darby was the anomaly that shifted the paradigm and I think it rocked my parents’ world.

Darby has learning disabilities. It became apparent during his toddler years. His speech wasn’t developing as quickly as expected; he seemed to be unaware of where his body was in space and he drew pictures with no sense of order: the hat of a snowman was on its belly; its smile somewhere in the sky. As he got older the evidence grew. He struggled with reading. Letters sat on the page in nonsensical shapes. He could get lost walking back to the pew at church. Buttoning a shirt was next to impossible.

It was the nineties and there wasn’t as much focus on educating students with different needs in the way that served them best as there is today. Many schools lacked resources to serve students of various backgrounds and abilities, and simply trying to reach the majority of students was the unquestioned norm. There were lower expectations for students who struggled, and that was accepted.

All of us mothers know our children have different needs, but I think many of us get lost in trying to meet the needs of our kids because of the paradigms set in education. Those give us the subtle messaging that because your child has a disability, or is a child of color or is poor, they aren’t going to achieve as much as a student who doesn’t have those barriers. Unfortunately, right now, background is the biggest predictor of student success, but there are now examples of schools across the country demonstrating that this does not have to be the case. There are schools where students from poor families, with high minority and immigrant populations and high numbers of special-needs students, are demonstrating excellence. However, making that the norm requires a massive paradigm shift. (See article on Pedro Noguera)

My mother simply knew she had to do what needed to be done. She was not going to accept the set paradigm as truth for Darby. That meant going back to get her special education degree so she could teach him as he needed to be taught. It meant enrolling him in a school specifically designed for dyslexic students with tuition that was far above the price tag of the Catholic school we attended. It meant reaching him in different ways that kept his attention (even if that meant letting him practice spelling swear words because it made him laugh and he wanted to do it over and over again.)

My parents knew they had to take a different course with him than they had with the rest of us. One size no longer fit all. Darby needed more time, more attention.They needed to spend more money on him than the rest of us in order to meet his needs. My mother would do everything she could to get him to learn to read, get him to try sports and extracurricular activities. It required a lot of extra effort.

An idea that makes many people uncomfortable is that equity does not equal equality. Many affluent people view a system of education where there aren’t “haves and have-nots” as threatening to them. People discard notions of providing kids who have less with more because they think doing so will mean less for their own kids. Researchers argue that the opposite is true. Equity — ensuring all students, ranging from special ed. to gifted and talented, have what they need — actually leads to excellence for all students. Changing the paradigm to “we all learn how we need to learn and we all learn from each other” benefits everyone.

Under different circumstances, Darby could have easily been a have-not. It is scary to to think how things could have turned out for him if my parents hadn’t worked tirelessly to meet hisneeds. That being said, born into a different situation, the same holds true for me and my other brothers as well.

Darby graduated from high school and went on to finish the Michigan Career and Technical Institute Culinary Program. He has held a job that has good pay in food service for the past seven years. He is a homeowner, excels at art and loves music and movies. He is learning to drive a car.

He is still Darby, quirky and funny and loves swear words, but he’s been given the chance to aim for his true potential. And it has made all the difference.