30 Schools Signed Up So Far for May 13 Event 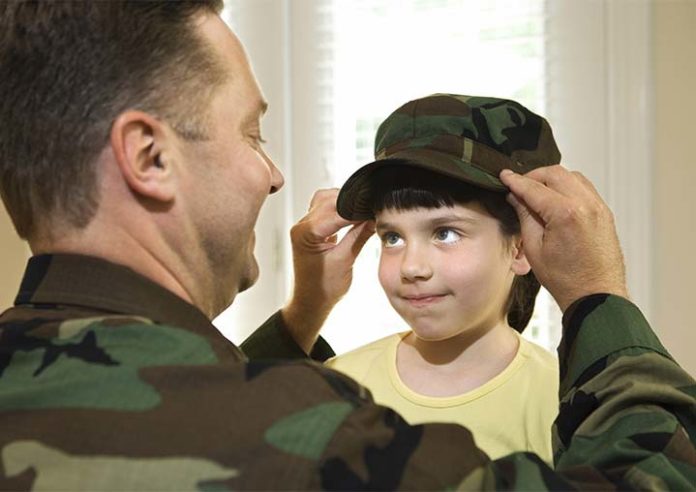 She is one of the organizers of the first annual Armed Forces Thanksgiving luncheon, to be held May 13 at the Amway Grand Plaza.

Schools from the Kent, Ottawa and Muskegon ISDs have been invited to each send three students and an adult sponsor, who will join with area businesses to sit with and honor members of the military.

“On the student end, we want to educate, inform and dispel commonly held stereotypes about what a veteran does and looks like,” Pennington said, noting vets encompass college graduates, career military and business owners.

“On the veteran end, we want to honor and celebrate them.”

Pennington volunteered to help recruit students in large part because of one veteran in particular – her father.

Edward Vartanian served in the Army’s 229th Assault Helicopter Battalion in the Vietnam War, flying in and out of combat zones and fighting in the month-long Battle of Dak To in late 1967.

Her father still carries injuries from the constant beating his body took then, but rarely speaks of what he went through, Pennington said. His quiet endurance is likely shared by many who will be honored at the thanksgiving luncheon.

“I’ve never seen his uniforms or medals,” said Pennington, who coaxed stories of the war from him as a history student in college. “They’re hidden away like his memories are.

“I felt like this was a real easy way to honor him, even though it isn’t directly honoring him.”

As of Feb. 19, nearly 30 schools had signed up for the event, which will feature 60 tables, each seating 10 people including two veterans along with students and business people. The keynote speaker will be Admiral Eric Olson, a retired, four-star admiral, Navy SEAL and commander of U.S. Special Operations Command from 2007 to 2011. Under his command the U.S. killed Osama bin Laden.

Pennington said she hopes the event sponsored by military, education and business groups will give students “a renewed appreciation for the military, and a real-life example to look to when they think of the military.”

Organizers hope students share the experience with others in events at their schools.

“It is a nice reminder of how we fit into the bigger picture,” she said. “I knew that the education piece was desperately needed not just for our young people, but for everybody.”