Fire-breathing dragon to come roaring out in August

The Board of Education unanimously approved a fire-breathing dragon for the district’s new Legends mascot, via a virtual meeting that was streamed to the public on March 30.

Inspired by Godfrey-Lee student samples, Well Design Studio created the final artwork to be used for everything from uniforms and football helmets to apparel and backpacks, utilizing a powerful, fire-breathing dragon.

Some memorable student statements that inspired Well Design Studio’s final design:
• “A Legend is someone with charisma.”
• “A Legend is motivating, influential and embraces all.”
• “A Legend leaves a legacy and has a big impact.”
• “Legends are leaders and team players that walk their own path, but also help others.”

“Students were at the heart of the decision-making process and the spirit of their artwork serves as the inspiration for the mascot design,” said Superintendent Kevin Polston. “The Legends name will inspire the district and unify our community behind the aspirational goal to be legendary.”

Polston thanked donors for their support “so that general fund dollars targeted for the classroom aren’t spent on this project,” noting in particular the Grand Rapids Community Foundation, Frey Foundation and the Native American Heritage Fund.

The donors helped fund the rebranding of the mascot from Rebels to Legends, which included hiring Well Design Studio.

After years of debate, and an exploration of the history of the word Rebels, the district’s former mascot, the Godfrey-Lee school board unanimously approved the new name of Legends last summer.

In the early stages, Lee Middle and High School visual art teacher Jesse VanderBand asked his students to contribute by creating prototypes and art boards, complete with artist inspiration statements. The Board then selected multiple student samples to inspire the final design. That’s where Well Design Studio took over by getting more ideas from students.

“It is evident that the student voice was a vital part of creating a successful mascot logo design from the very beginning,” VanderBand said. “I know that I speak for my art students as well as myself when I say that I am proud to see the entire process wrap up with a great final product, and I am honored to have been a part of an important chapter in the history of Godfrey-Lee Public Schools.”

All athletic uniforms, signage, murals and the district’s digital footprint will feature the Legends name beginning in August. The Spanish version of Legends, Leyendas, also was presented for potential usage with apparel to represent the rich Latinx cultural influence of the district.

“We look forward to full implementation in the fall with the start of the new school year, and the start of a new era in Godfrey-Lee,” Polston said. 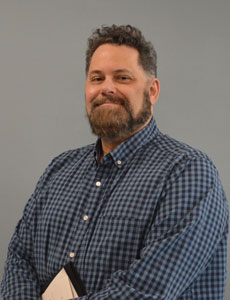