Grandville – The 2020 riots in downtown Grand Rapids affected each community member differently. For Grandville senior Jordan Holliday, those events and the aftermath sparked an idea that would become his life’s work and purpose.

When did criminal justice become something you were interested in? What’s the story there? “It was about two years ago, during the time of the Grand Rapids riots, and I was seeing this big divide in the community with law enforcement officers,” Jordan said. “I kind of thought to myself that that was very sad; it was a very sad time for the community and police officers. And I thought that I could do something to try to regain trust. I just want to come in there as a new generation, try to make amends and try to create a strong relationship between the community and police officers.

“I really wanted to do that because I just feel like it’s gonna be our generation that’s going to make a change. I just see people who are like myself that are gonna take the step to do it and get things done in the community.”

Jordan since enrolled in the Tech Center’s criminal justice program. He’s now in his second year, where he’s learning “everything related to criminal justice,” he said, including building searches, traffic-stop procedures and OWI (operating while intoxicated) investigations.

A few related accomplishments: At the beginning of this year, Jordan was accepted into the Grand Rapids Police Department’s Police Explorers program, a process that includes a background check and interview with the department. Every other week, he and the 20-plus other Explorers visit officers for simulations, lectures, firing range practice, ride-alongs and other training. The Explorers also work alongside officers at community events to gain experience in public-facing roles and community outreach.

“It gets your name out into the (police) department,” Jordan said of the program. “I know some officers closely now, and I personally know Chief (Eric) Winstrom. And that feels good, because they’re people too – sometimes you almost think of police officers as robots just doing their jobs. But I get to talk to them and build a relationship and find out they have the same reasons (why) they’re doing police work that I have. It really gives you the inside scoop of what they’re doing, and it humanizes them.”

‘… I just feel like it’s gonna be our generation that’s going to make a change. I just see people who are like myself that are gonna take the step to do it…’

This summer, he also had the opportunity to attend Grand Rapids’ Youth Police Academy, a week-long physical and mental training for students that mimics the regular police academy for new recruits.

The academy “has probably been my best accomplishment,” Jordan said, “because it was a very rigorous week and I graduated. I stayed there overnight and we did rigorous physical training, lecture time, ceremonial drills, marching – it was just like how you’d think of quasi-military training.”

Is there a teacher or other adults who have had a big impact on you in this area? At the Tech Center, Jordan said instructor and former GRPD Sgt. Ben Hawkins “is just what excellence looks like. I could just listen to him talk and learn experiences from him all day long, because he always has something knowledgeable to say. He’s really made me strive to push harder.”

At GRPD, he said he’s been especially thankful for the mentoring he’s received from Chief Winstrom and the relationships he’s built with officers Austin Diekevers and Troy Augustat.

“Officer Diekevers was the one who really encouraged me to do the Explorers program. He came to KCTC for a few weeks to train us on how to do traffic stops … and we were talking and had a lot of things in common. He’s always willing to talk to me about his police work and he’s done an incredible job in Grand Rapids.

“I went on my first ride-along with Officer Augustat, and he’s a really intelligent and proactive officer. I could tell right away, anything he said I should listen to and take mental notes because he’s just a really knowledgeable street officer. He’s made a huge impact on me.”

Envision yourself 10/20 years from now: “I hope to be working at the Grand Rapids Police Department. I feel like I could work anywhere in the right community – anywhere that needs me, I’ll be there. But I’d hope to be at Grand Rapids, because I want to ‘Be Where the Best Are’ – that’s their motto. I would hope to then become a sergeant in the future, then a lieutenant and then a captain. And it takes a lot of experience to do this, but I wouldn’t mind being maybe a sheriff or a chief somewhere.

“(When I was younger) I knew that I didn’t want to do a regular 9-to-5 job, but I just didn’t know what I wanted to do. Then, after everything happened (in 2020) and to where I am now, I can really say that I will love (being an officer) in the future. I just really have a connection to Grand Rapids and serving my community, because that’s something I’ve always wanted to do.”

The biggest lesson you have learned from your involvement in this is… “Always show integrity and respect, no matter what. Because at the end of the day, you have everybody watching you: fellow co-workers, the media, the community, all eyes on you. You have to act professional, show grit, show integrity, show respect, whenever you’re doing anything.

“It’s a lot to think about. Like, even just starting out (in police work), you could do one small thing and your whole career could be over before you even start. I approach it just one day at a time, and focus on showing that integrity and respect.”

Other hobbies/interests: “I love to do anything outside, especially hunting and fishing. I fish at the Sixth Street Dam for salmon and steelhead, I do some waterfowl hunting and also some big-game hunting for whitetail deer. I actually shot an 11-point (buck) my first year. And in the summer I go on my friends’ boat and wakeboard a lot, or you can find me hiking. I used to have a pretty big garden, but that faded a bit because I was pretty busy working with GRPD this summer.” 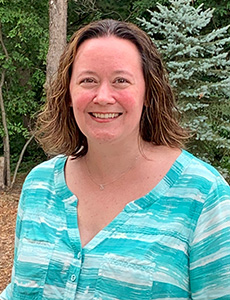