Members work out to prepare for Jan. 2 performance

Rockford — On January 2, 2023, members of Rockford High School’s marching band will get an early wakeup call. They’ll have to rise at 4 a.m. to start prepping for the prompt 8 a.m. start of the Rose Parade in Pasadena, California, prior to the big game between Penn State and Utah.

The start time doesn’t faze band director Brian Phillips, who in 2017 got up much earlier to get his students lined up for the Macy’s Thanksgiving Day Parade.

The Rose Parade will have different challenges for Rockford’s award-winning marching band: They’ll have to march while playing tunes from Motown, Miley Cyrus and the “Captain America” films for 5 1/2 miles – more than 6 when taking into account the pre-parade lineup and exit.

“Not only are you marching a long ways, you’re blowing into an instrument the whole way too, which is exhausting. It’s really a fully cardiovascular activity,” said Phillips.

To prepare for the grueling parade route, Phillips and band co-director Evan Bahm created a fitness guide for their students akin to a “couch to 5K” program. It’s up to each student to prepare physically in a way that works for them.

Kelsey Martin, a senior heading up the marching band’s flute section, is using yoga to get ready for the parade. Drum leader Tommy McGovern prefers taking runs and working out in the school’s weight room. Nathan Reed, a senior who leads the trumpet section, is doing his workouts after school, and using group chats with his section to encourage his fellow band members to keep up with their workout guides too.

Prepping mentally is a big deal too, said Kelsey, who’s capitalizing on her excitement and “happy nerves” to get herself into parade mode. On the big day though, when she’s pushing through mile 5, one thing will be on her mind:

“I’m looking forward to the In-And-Out after,” she said referring to the famous burger chain found only out West.

In-And-Out will be waiting at the end of the parade to feed all marching band participants at the Rose Parade. Kelsey already knows exactly what she’ll have to celebrate her achievement.

“Definitely burger and fries,” she said. 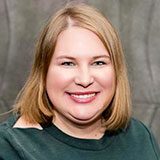