Getting that extra jump

Sparta — Third-grader Logan Smith thought out loud as he worked to solve a math problem: “18…No, not 81.”

Junior volunteer Megan Carter helped him figure it out. “No, nine plus nine, not nine times nine. What’s nine plus nine,” said Megan. “Yeah, you were right with the 18. Trust your gut, buddy.”

Logan is one of roughly 20 students who are part of the after-school homework club that meets at the Appleview Elementary library every Monday and Thursday.

Third-, fourth- and fifth-graders get a jump on their homework with student and adult volunteers who spend most of the time working on math.

“It’s (Monday and Thursday) enough of a jump that they do better and understand better for the rest of the week,” said retired teacher Sue Blackall, who noted that the club is supported but not funded by the school. Financial support comes from individual parents and Sparta PTC.

‘I like getting my homework done — and yoga, too.’

The club was started by Blackall in 2017. Students are recommended by teachers and counselors. She said teachers have noted improvements in grades as well as in attitudes.

Students start with a quick snack, followed by a short yoga session.

After a round of yoga stretches, it was time to tackle math. Soon the library was humming as students collaborated to finish worksheets and solve story problems.

Fifth-grader Sofia Fragale said she usually likes homework club because she can get her work done before leaving school. “It depends on the day, because I’m usually tired,” she said with a smile.

Third-grader Charlotte Wiedmayer was all smiles as she did the yoga exercises and later worked on her math with volunteer Ciera DeYoung, a sixth-grader. “I like getting my homework done — and yoga, too,” said Charlotte.

Ciera and her sister, Sabrina DeYoung, a senior at Sparta High, have been involved with homework club since last year.

“(Ciera) was in this club last year, and I helped her last year, too,” said Sabrina. “I just like meeting different kids and helping them out with homework.”

Senior Sophie Tavares has been volunteering since last April. “It’s fun,” she said, adding that most of the time, it’s math homework.

Blackall said participation is only limited by the amount of volunteers she has on a given day. On this particular day she had plenty, including Isaiah Flory, a fifth-grader who helps her set up.

“Well, it gets stuff done and it’s just usually two people that set it up,” said Isaiah. “Lately, I’ve been helping. I set up all the tables, chairs.”

Lately, participation has been capped at 20-25 students, which sometimes means a waiting list. If a registered student doesn’t show up consistently, Blackall said she does everything she can to get them back, but sometimes  has to open up the spot for someone who is waiting. 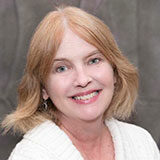