“Action” on the School Set 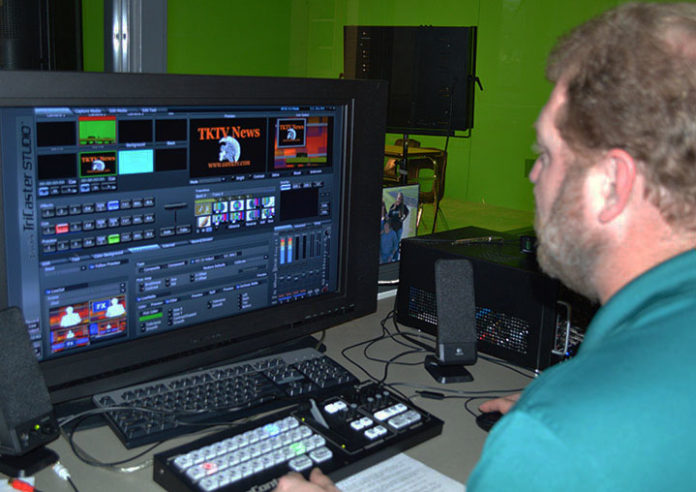 At the start of the school year, Cameron Moore, a college freshman, sent an e-mail to Jerry Robinson, Thornapple Kellogg High School’s digital media instructor, every teacher would love to receive.

“I’m sitting now in a production class that basically is all about what I did in the studio every day my last two years in high school,” wrote Moore, a former student of Robinson’s now attending Columbia University in Chicago, “I feel I’m already one step ahead of many of the other students, and I can’t thank you enough for that.”

Students in Robinson’s class film videos not only for assignments. They shoot a yearly video for Hastings Mutual Insurance that goes to all of the company’s affiliates, and have filmed promotional videos for Camp Manitoulin and other organizations. The class is often sought out to do work for the school system. “When Enslen calls, we do it,” Robinson said, referring to Superintendent Tom Enslen.

Inside his classroom, it can be loud, quiet and strange at times. “For me, working in the live production portion of his class was very exciting and fast-paced,” Moore said. The class watches every video made. “It’s intended to make you squirm,” Robinson said, “but it’s like the real world.” 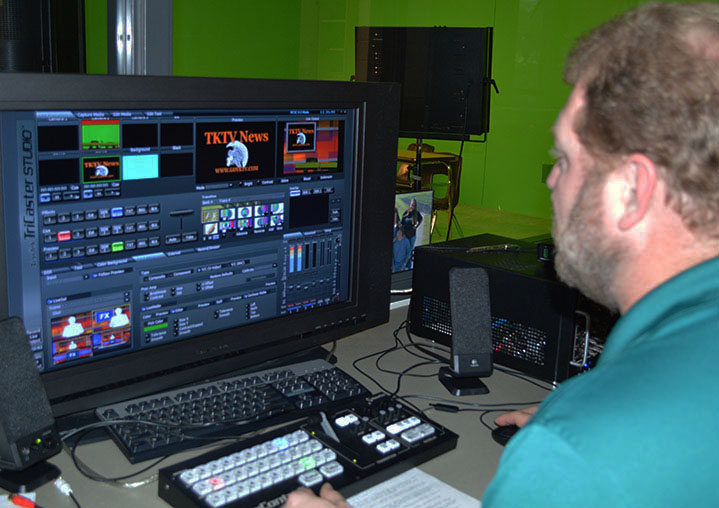 Robinson attended Western Michigan University, has a bachelor’s in geography and government and a master’s in education technology. He originally wanted to be a weatherman when he grew up. After a stint working for a radio station and getting up at 5 a.m. daily, he decided it wasn’tfor him and that there wouldn’t have been enough time for his family. He and his wife Kim have daughters in the sixth and ninth grades at Otsego Public schools.

The first subjects he taught during his 18 years as an instructor were social studies, geography and civics. He became known for his technology work, and when he was talking to administrators in 2004 about other classes he would like to teach, his answer was video.

“Video is not going anywhere,” he said, noting every phone today has a video device. “The skills you learn in here, you’re going to use the rest of your life.

“Some of the perception is that it’s all fun,” he said. “People don’t realize all the work that goes into a video.

Robinson’s classroom equipment would make other schools envious, but it hasn’t happened overnight. He pieced it together over the years and now has a studio, a voice-over room, a control room and the classroom.

About 60 students are enrolled in his two classes. One course teaches the basics and the other is an advanced class which tackles projects. Students compete yearly in the Meijer Great Choices contest for 30-second public service announcements. In the last four years, students have taken away $8,500 in scholarships.

Robinson said his class prepares students for film-making, production, broadcast journalism and more. He’s always impressed by what students are able to do before they graduate. 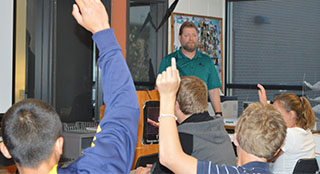 “My kids do beyond what I can teach them,” he said. “Their creativity absolutely blows me away. They put so much time into this, they don’t do other stuff. When I ask them why, they say, ‘because I wanted it to be perfect.’”

Moore isn’t the only student Robinson has received accolades from. A bulletin board on the wall behind his desk holds dozens of graduation pictures of former students. He pulls one down from Kayla Pouliet with a handwritten message on the back that reads: “Thanks to you, I’m going into the world prepared. You helped me more than anyone in the world. There are no words for my gratitude for you.”