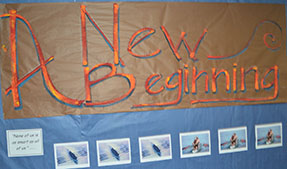 As work crews finish the last projects funded through the $23 million bond issue approved by voters in 2011, administrators are already looking forward to future district needs.

Steady enrollment growth will lead to the need for even more space, said Superintendent Dan Takens. Byron Center High School and the district’s three elementary schools are expected to reach capacity in the next few years. A capacity study is planned.

Enrollment is up 137 from last year to about 3,723 students districtwide. Despite a flattening of student numbers during the recession, the district has experienced continued growth over the past decade. “We are going to study that and determine how to move forward,” he said.

Takens plans to begin meeting with parent groups in the near future to discuss options including building a second high school or ninth-grade building or expanding the current high school. Adding a fourth elementary school is another possibility.

“We are good for the next four or five years, but if we move on it when we reach capacity we will we have the wheels in motion,” he said.

A major part of the bond was the renovation and addition at Brown Elementary, the district’s oldest building at 50 years old. While much of the project is finished, construction of a new library and media center, cafeteria and offices are scheduled for completion in December. 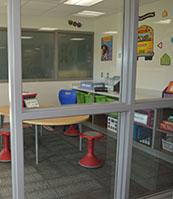 Many new windows for natural light, increased space, better air quality and small group rooms are highlights, Johnson said. The staff lunchroom has a wall of windows anda outside deck with a view of the woods. New classrooms look out into a courtyard area, and  a running track was added to the playground.

Johnson said it’s been fun for the community and students to witness the building’s transformation. “It’s transformed and updated, but the history is still there,” she said.

Making it a Lesson

Johnson and her staff have made the ongoing construction this year a meaningful part of the learning environment. Construction Superintendent Ryan Hoeh, with Owen Ames Kimball architect firm, regularly sends news blurbs and facts about the project.

Students and teachers said they are loving their “new” school. “It’s a nice addition. We have higher ceilings. We have air conditioning for once, new carpet, walls,” said Sabrina Muthyala, a fourth grader.

Second grade teacher Leah Fisher said she is enjoying the bigger classrooms. “I keep thinking this is a brand new school,” she said.