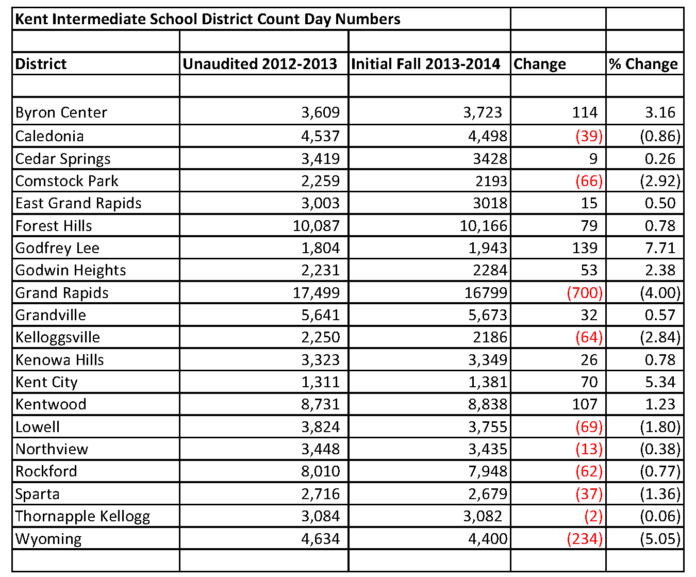 For baseball fans, the first Wednesday in October offered a chance to watch the American League sort out Wild Card teams to determine who would play for the pennant and, potentially, the World Series.

For schools, the World Series is the first Wednesday in October.  It’s C-Day for schools, the student count date, the day that substantially determines the amount of revenue the district will have to operate on for the entire school year.

In Michigan, all school funding comes from the state on a per-pupil basis.  Districts adopt their budgets in June and start the school year July 1, but don’t actually know how much revenue they will receive to operate for the year until after they count the number of students enrolled on the first Wednesday in October. 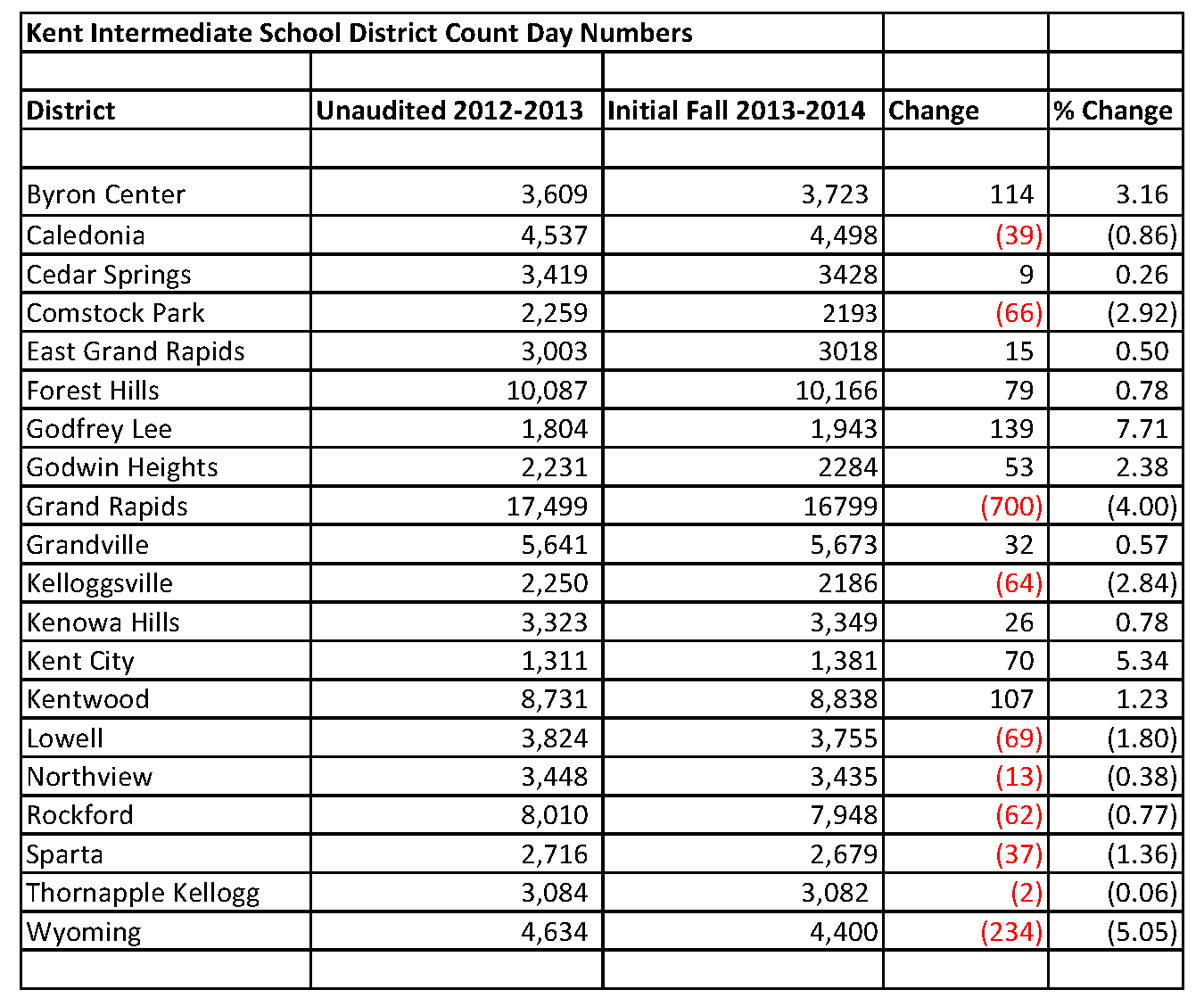 In the Greater Grand Rapids area, some smaller area districts are celebrating increases in enrollment, while schools of choice options and considerable program re-structuring were likely factorsin enrollment declines at Grand Rapids and Wyoming Public Schools.

Grand Rapids Public Schools experienced an anticipated decline of 700 students, or about 4 percent decline, while Wyoming is coping with a 234-student loss, a 5 percent drop.  Administrators for both districts said they had planned and budgeted for the decrease.

Wyoming Superintendent Thomas Reeder attributed the decline to the increase of schools of choice within the district and not to the recent restructuring of Wyoming schools. Transiency also contributed to the decline, he said.

“Our class sizes are actually very good right now. We fully filled our number for taking in students (through school of choice), but we lost a large number as well,” said Reeder adding student count will vary a bit throughout the year.

Enrollment Is a Mixed Bag

In a recent letter to parents, Godfrey Lee Superintendent David Britten said the district’s reputation for academics, sports and student-support programs have made the district so attractive, it will likely have to cap its school of choice enrollment in the future.

“Godfrey-Lee Public Schools has become a “destination district” for students and parents seeking a small, student-focused, family-centered, community-based public school district,” he wrote, adding that parents are looking at all a school has to offer before choosing a district. 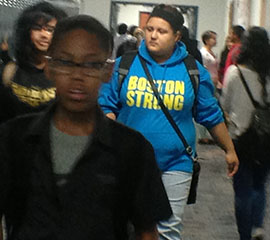 “It demonstrates that not everybody is concerned about tests. We have very good graduation rates, and a good percentage of our students go to college. Parents look at the whole picture,” Britten said. “At the high school, students might have better opportunities to play sports and they like what they see here in technology… it’s a combination of those things.”

Gains at the district concentrated in 9th grade and kindergarten, Britten said, adding that some previously laid-off staff were called back  to help with the increase.

At Kent City Schools, a gain of 70 students was music to administrators’ ears.

“After losing 111 students in the last five years, it is a significant positive development in our district both educationally and financially,” said Superintendent Mike Weiler.

Also happy to see an increase in enrollment was Godwin Heights Superintendent Bill Fetterhoff, who said increases also concentrated in 9th grade at the high school, after enrollment through school of choice was limited to that grade for high schoolers. The district also saw increases in middle and elementary school. “We’re doing really well,” said Fetterhoff.