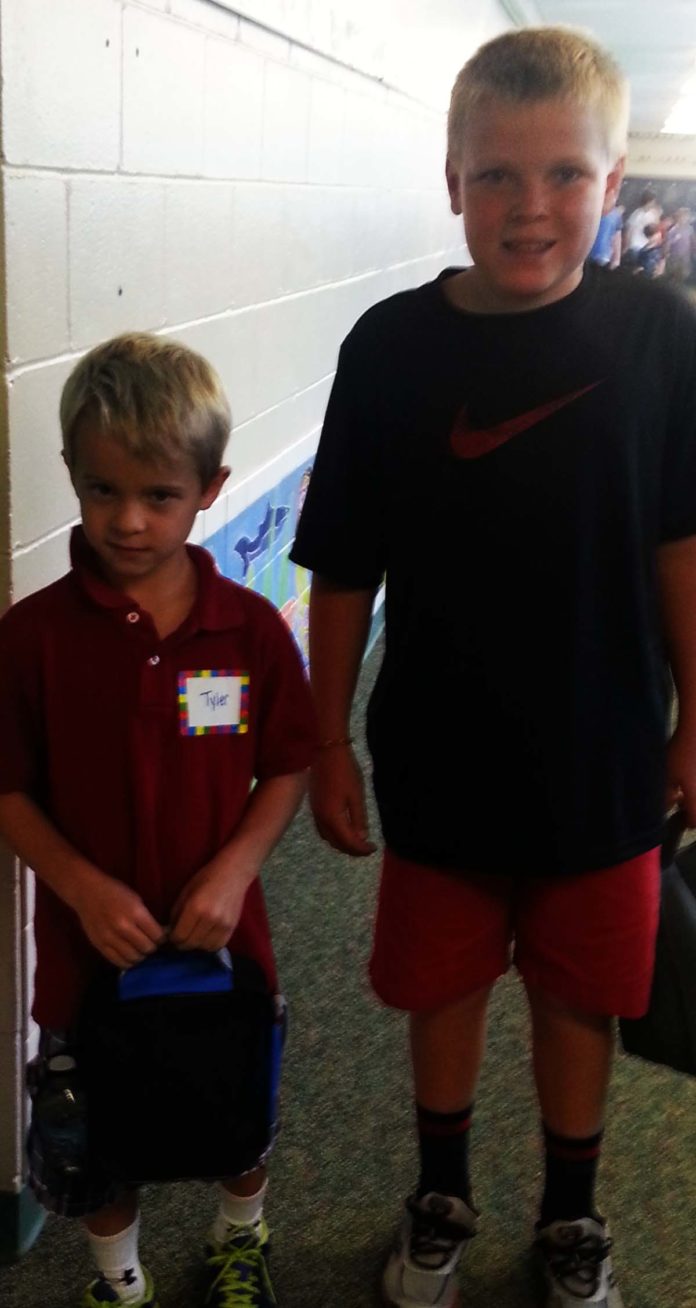 Lakeside Elementary School kindergartner Tyler Blake tried to pull his backpack out of his locker. It wouldn’t budge.

“It’s stuck,” he told fifth-grader Ted Campbell, who quickly helped him retrieve it and get his lunch box out of the bag.

“Let’s go to the lunchroom,” Ted said after the successful stop at the lockers. Along the way he asked Tyler if he was excited for kindergarten, which Tyler quietly confirmed.

Five- and 6-year-old kindergartners including Tyler experienced their first full day of school, eating lunch in the classroom, walking the halls and making it to the final bell at the end of the day. To ease the transition, fifth graders paired up with the little ones to show them around, help them through the lunch line and sit with them while they eat lunch.

“They show them the routine, the environment and help out with the jitters of being away from home for the first time,” said fifth-grade teacher Brett Scheidel.

Kindergarten teacher Katie McIntosh challenged them to get to know each other. “Talk to them, chitchat together,” she said to the older students. 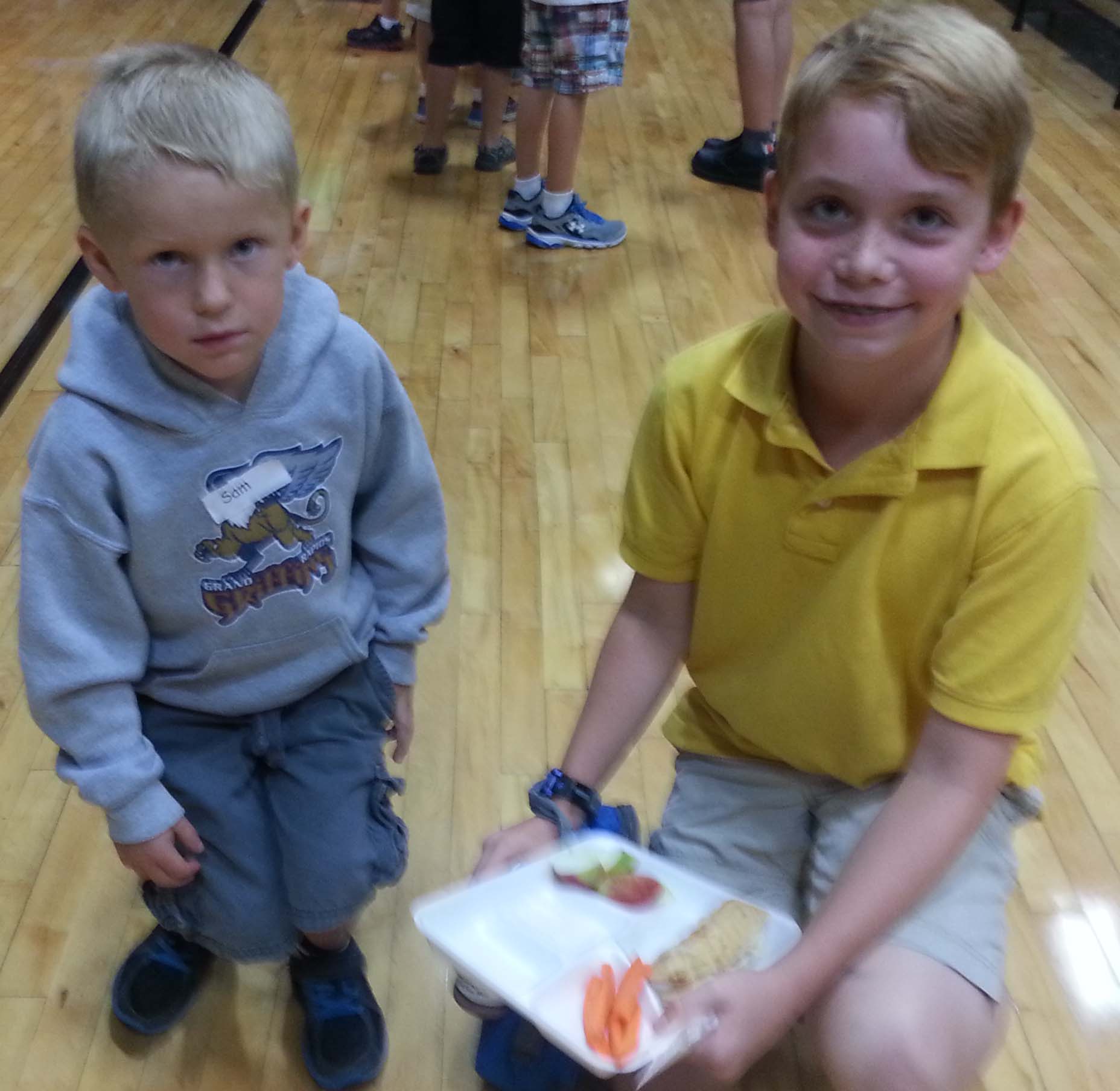 The fifth graders are given responsibilities as school leaders and role models for the younger students. The first-day buddies program started last year when the district switched from half-day to full-day kindergarten, Scheidel said.

Ted said he remembers being in kindergarten and feeling a little overwhelmed, but now he knows the ropes. “I’ve come here since kindergarten, so I know my way around the school,” he said.

The partnership extends throughout the year as Learning Buddies spend time on reading and other subject areas with the kindergartners.