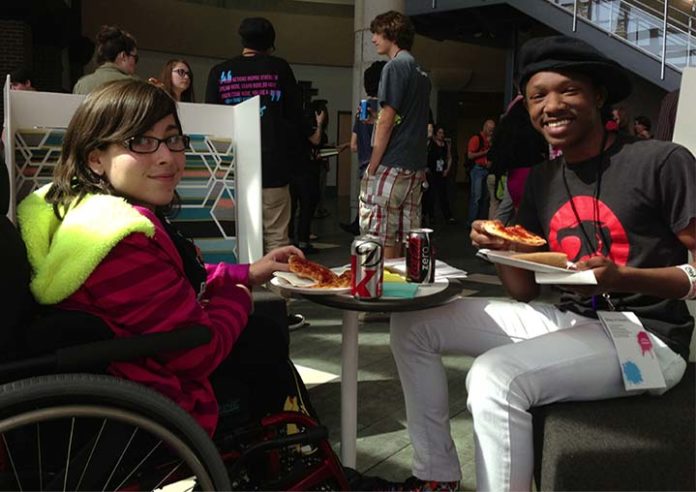 Editor’s note: Nardy Baeza Bickel was among the core volunteer group for the TEDxGrand Rapids Livestream for Education.

When veteran teacher and avid outdoors woman Lori Schneider was diagnosed with multiple sclerosis, she could have given up on her dreams to hike the highest mountains in the world.

Instead, the then 43-year-old decided to accelerate her plans, climbing the highest peaks of America, Africa, Europe and Asia. “Love your impossibilities, climb the limits that you set for yourself!” Schneider told about 550 students and educators who recently converged at East Kentwood High School to participate in the second TEDxGrand Rapids Livestream for Education. “Just. Keep. Climbing.”

”Created to give educators –including teachers, mentors, coaches, 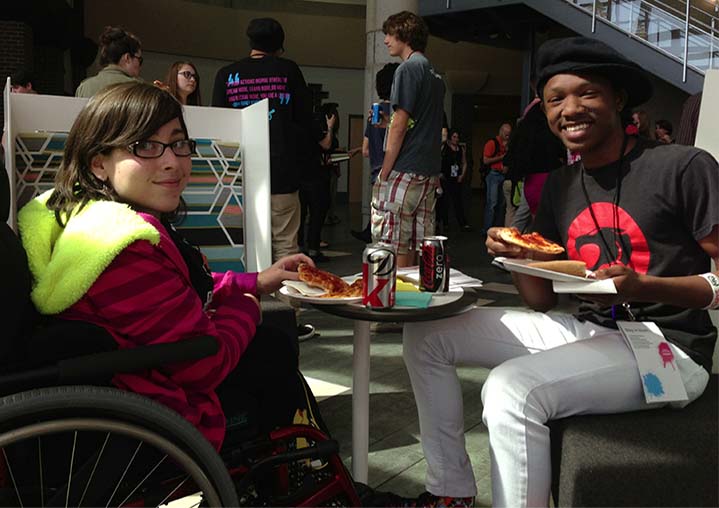 support staff and administrators– an opportunity to come together and share ideas and inspiration while watching a livestream of TEDxGrand Rapids speakers, the livestream for education was so successful after its first year that three similar events were held this year,” said the event creator and lead organizer, Dalin Clark.

At East Kentwood High School, attendees had the opportunity to participate in the livestream and during the breaks, decorated bags for Kids’ Food Basket, had Tai Chi lessons and were able to share their ideas and lessons learned through other activities.

They also received visits by three of this year’s 14 speakers of the TEDxGrand Rapids conference, held at the Civic Theatre downtown Grand Rapids.

Students and educators shared their excitement in person and through social media. “Believe in the impossibilities of life,” and “don’t let nobody hold you down” were among the favorite quotes posted both on sticky notes at the event and shared through Facebook and Twitter, where they responded to the poignant questions and themes presented by speakers. 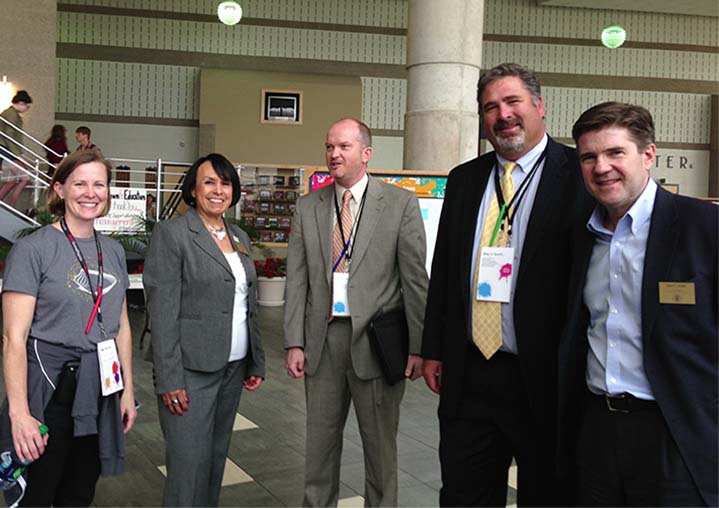 “The stories were very inspirational,” said Kentwood student Zaineb Shatawi, who attended the event. “It had interesting and worldly people…(it’s) good to expose us to different cultures and ideas.”

Agreeing was classmate Katie Winstrom.  “The TEDx experience was positively amazing.  The speakers were intriguing (and) the events were lovely, the people were friendly and I recommend more people go.  It truly was a great, life changing experience.”

Kirt Van Overen, a science teacher at Pinewood Middle School, was among this year’s organizers of the event.  “I have been a TEDhead for years and attended the first two TEDxGR events downtown. When I heard that there was an interest in bringing the LiveStream for Education to Kentwood, I knew that I wanted to be a part of the process,” he said, adding he especially enjoys the exchange of ideas that takes place during, and after, the event.

Promoting such idea exchange is at the base of TEDx conferences, and the idea behind the livestream, said lead organizer Clark.

“The Livestream for Education opens the door for students and teachers to connect with the ideas and innovation of TEDxGrandRapids and creates an environment where students and teachers can exchange ideas,” she said, adding the event also helps showcase Grand Rapids and some of the wonderful things that are happening in the city.

“Students sometimes think they need to leave town to go to bigger cities to get fresh ideas and this lets them know that Grand Rapids is literally connected to the world.”

“This is so inspirational,” Ramos-Montigny said. “It is a wonderful 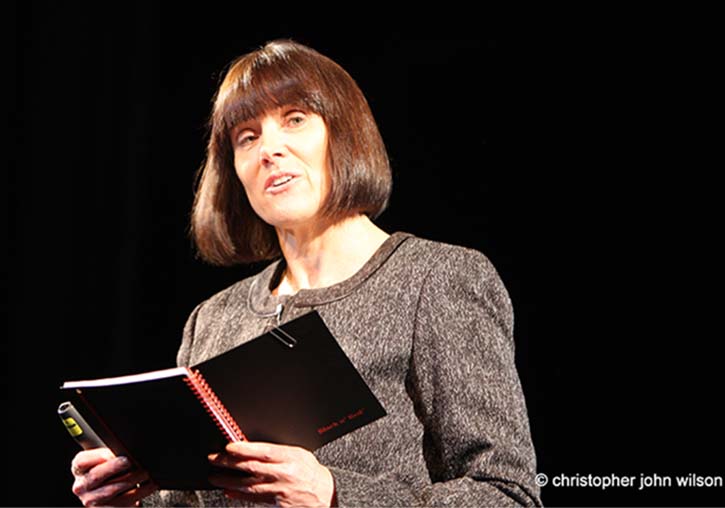 Clark said she was impressed by Kentwood’s support for the event.

“As you can imagine, bringing an extra 550 guests and another 50 volunteers to a 2,000-student campus creates some logistical challenges, and the Kentwood team delivered in fine form. They helped make this great event possible and we’d love to work with them again in the future. Even the visiting members of the State Board of Education were impressed with their facilities and their commitment.”