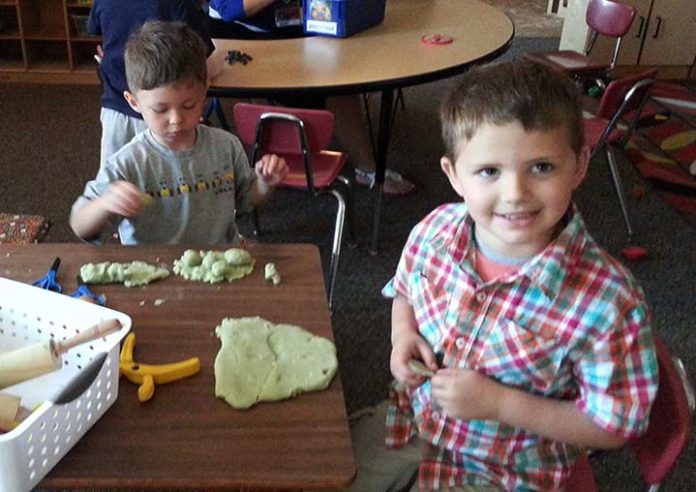 Guests to Katie Shepard’s Great Start Readiness Program preschool class are likely to be offered invisible coffee by charming 4-year-olds who then tally the bill on a toy cash register. The children might even scrawl the order onto a notepad.

The visitor may then see children busy sculpting play dough, assembling arms and legs to Mr. Potato Head’s body, and using buckets and sifters at a sand table. All the while, the class hedgehog rolls around the room in a plastic ball.

There’s a lot of learning going on amidst the fun, said Shepard, a West Oakview Elementary teacher in Northview Public Schools, who along with other GSRP educators countywide have dropped what some administrators call the “skill and drill” approach to teaching and replaced it with The Creative Curriculum for Preschool. This is a child-centered, play-based model woven into classroom activities in both structured and free-choice times.

The Creative Curriculum was first developed 25 years ago, but has been improved over the years to reflect best practice for children and the latest research in early childhood education, said Erin McGovern, Kent ISD early childhood program coordinator.

Local GSRP teachers serve about 2,100 at-risk 4-year-olds, in this state-funded tuition-free preschool program. In previous years, the program was operated by individual districts, but now is run by the state’s ISDs, including Kent ISD. The program is offered at 18 of 20 Kent school districts. Since it began in 1985, GSRP has provided preschool education to more than 500,000 children. 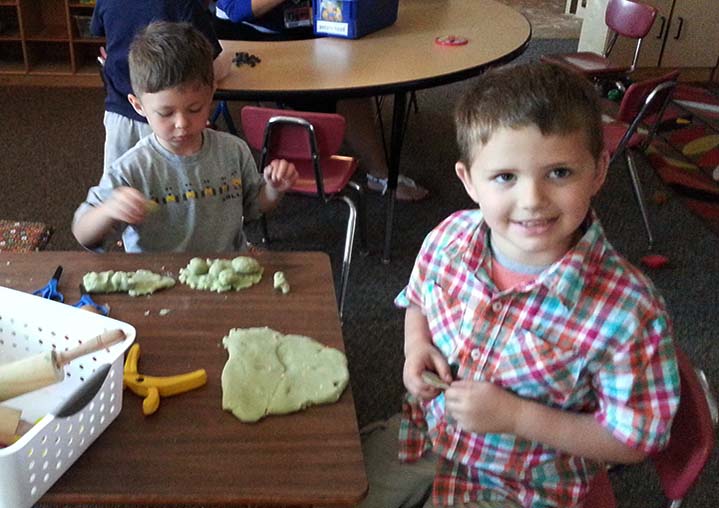 Shepard, who just finished her first year as a Northview teacher and previously taught two years at Sparta Public Schools said she loves the new structure. Her classroom involves lots of movement and song, storytelling and acting. Reading and writing is taught by making it part of hands-on activities. Kids write orders while playing restaurant by looking at the picture and word on a menu, for example.

“Learning through play is so much better than someone standing in front of them,” she said.

Shepard said it’s a less stressful, more engaging approach, based around the students’ interests. Shared love for animals, for example, led to lots of learning about animals by running a stuffed-animal veterinary office.

The kids are headed to kindergarten able to count to 20 and write their own names, Shepard said, but she’s also seeing a higher level of interest in writing than in past classes. The students are already connecting the ABCs they know by heart with how to use them.

But perhaps most importantly, kids take ownership in a classroom where they have more choices than a traditional approach allows. It is their classroom, she said.

“The biggest thing is independence; they are able to be in a social setting without an adult right there … “It’s part of letting them try something themselves first and not jumping in immediately.”

According to statistics from the Michigan Department of Education, research shows students attending GSRP did better throughout their academic careers, had lower drop-out rates, higher incomes as adults and were less likely to spend time in jail than children who didn’t attend preschool.