Students Find Out What It Was Like For Lewis And Clark 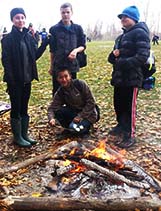 Byron Center West Middle School student Saige Dykhouse helped hoist a canoe off the ground and move it to a new location, ready to forage for food with her classmates. She and her eighth-grade group were taking a trek full of challenges and difficult tasks, like starting fire from flint, dealing with injuries, building bridges, creating shelter, marking trails and tracking animals.

The class was reenacting the journey of the Lewis and Clark Expedition. “It wasn’t easy. It was hard and a lot of work, and they had to do it for a lot longer than we did,” Saige said.

The eighth-grade students “traveled” in groups on the expansive stretch of land behind the school, simulating the 1804 Lewis and Clark Expedition that explored lands west of St. Louis, Mo.,  and found a water route to the Pacific coast. The more than two-year journey, commissioned by President Thomas Jefferson shortly after the Louisiana Purchase in 1803, enlisted U.S. Army volunteers under the command of Captain Meriwether Lewis and his close friend Second Lt. William Clark. 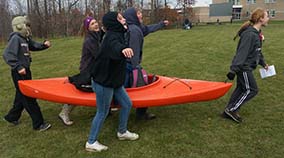 Eighth-graders realized during their journey modern-day conveniences like hotels to stop at, phones for communication and even matches didn’t exist. The explorers had to rely on natural resources.

Students, bundled up in hats and coats, completed stations manned by teachers and volunteers who shared details on how Lewis and Clark would have built a fire, constructed shelter or marked a trail. Students bartered gold nuggets for food and other resources.

“It’s definitely cold,” said student Myah Whitmore, as her group worked on trail markings. “You learn about the struggle they had to face. It’s a good experience, and it’s better than sitting in a classroom.” 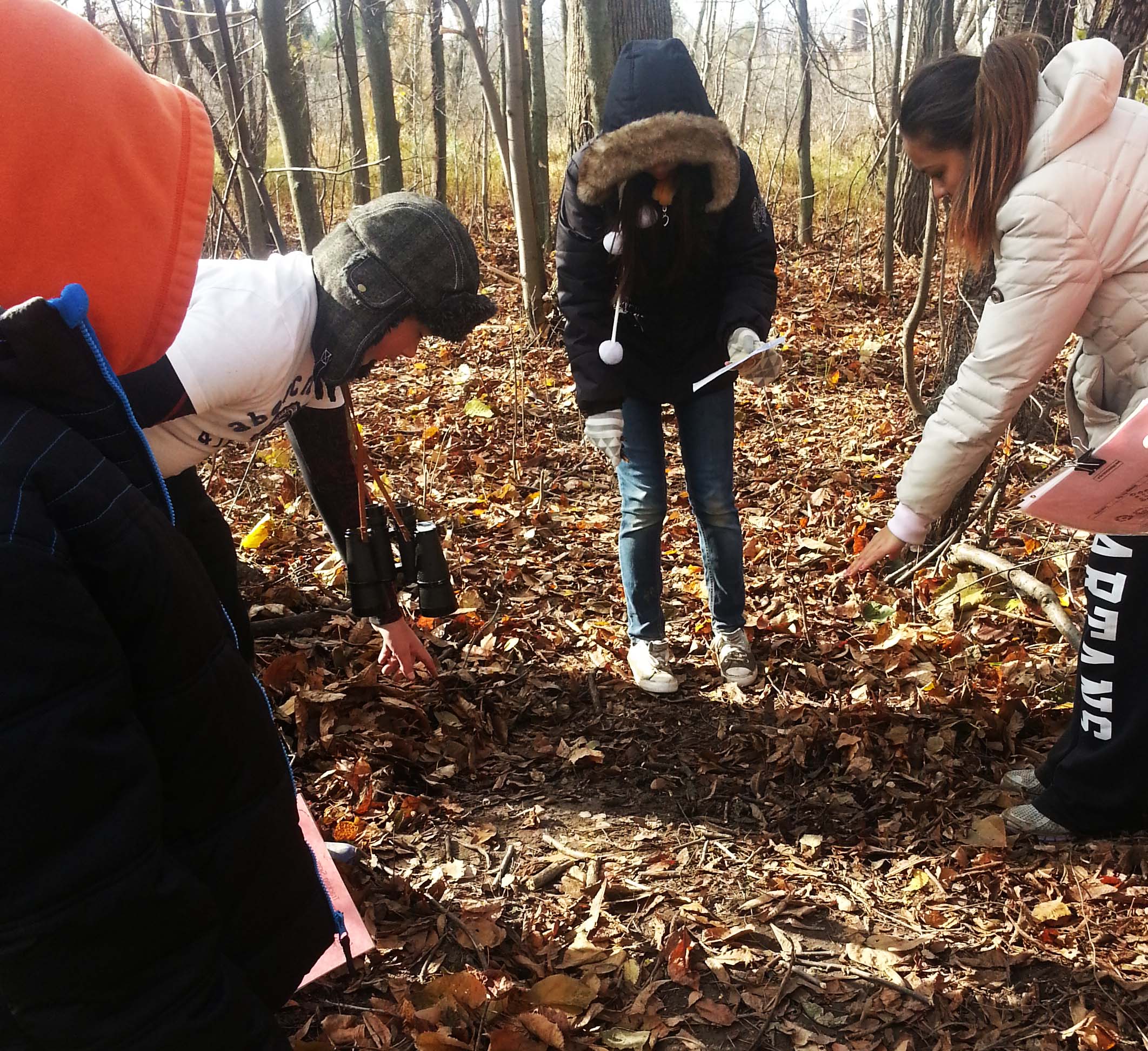 Raven Saunders and her group considered natural remedies for medical emergencies, including a severed artery, rheumatism and dysentery, ailments that could have occurred on the journey.

The experience made it seem real. “It’s interactive, and you have to really think,” Raven said.

History teacher Jason Kaiser said Lewis and Clark Day, which has been held for nine years, has become an event students look forward to and remember for years to come. While kids are using teamwork and problem-solving skills, they enjoy a day outside complete with toasted marshmallows and warming up by the fire.

“It’s authentic learning they are participating in. It’s hands-on. It’s not just textbook stuff. They are doing it themselves. It gets them outside, away from a textbook, participating in learning.”

The Lewis and Clark Trail