Students Get a Summer Boost to Help Them Start High School 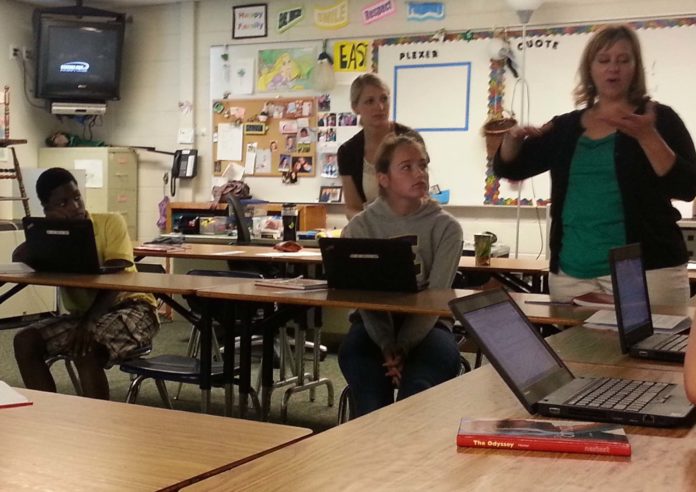 Garrett Reahm, Benny Lafleur and Davion Pearson got a head start on their English class this summer, just before they start ninth grade in September.

The trio was among a group of incoming East Grand Rapids High School freshman hitting the books this summer through the English and Algebra Summer Boosters program to prepare for high school work. Boosters, which ran one week in June and August and included online work in July, aims to ease the transition from middle to high school. They also toured the high school and met with local business representatives to learn how schoolwork is used in different jobs. 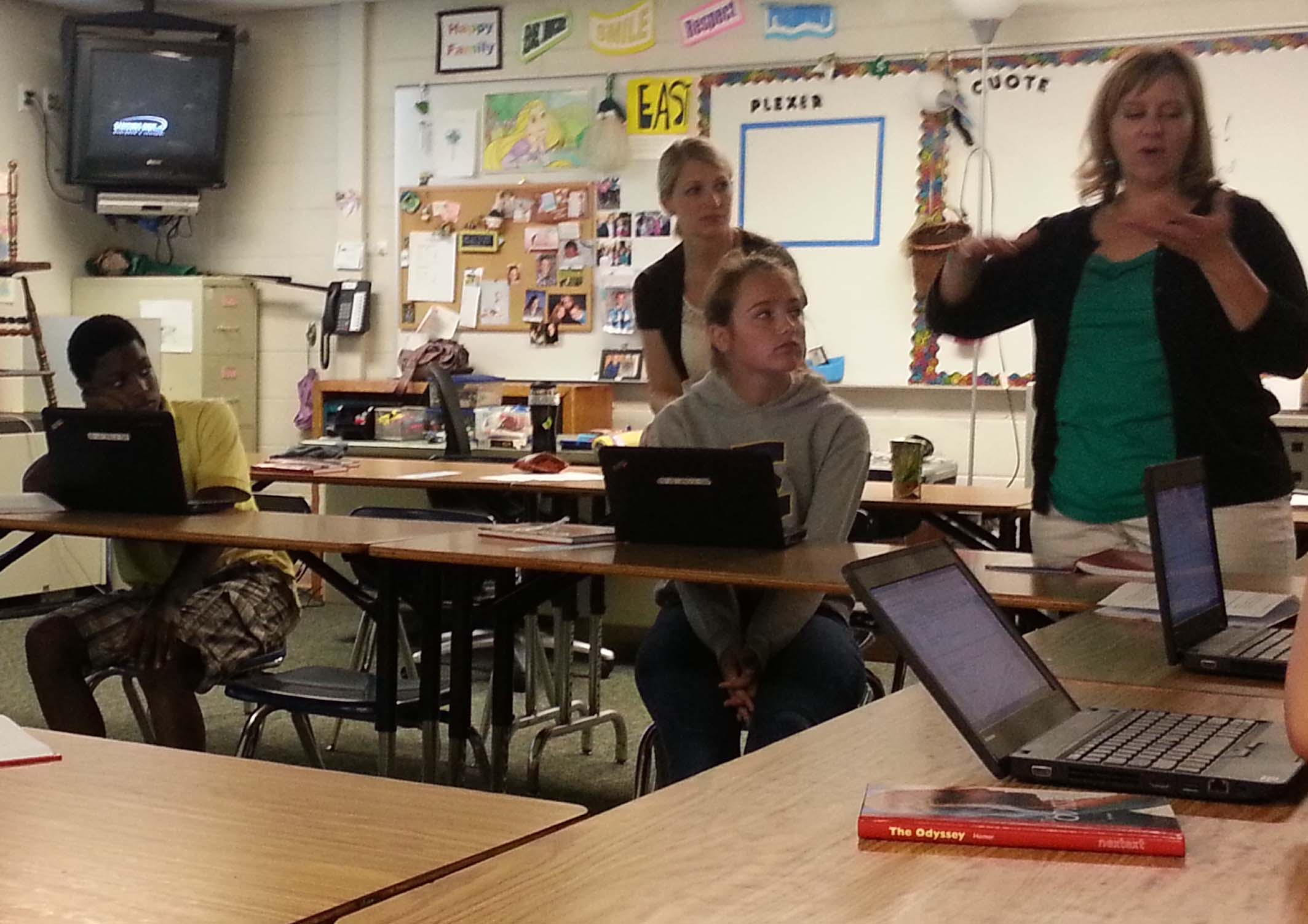 East Grand Rapids Public Schools has offered the Boosters program for six years, the first two in just math and the past four in English as well.

English teacher, Heather McKinney, said she sees the benefits it gives the students to front load some of the difficult stuff and to have extra attention in a small-group setting.

“They’ve dipped their toes into the first two units of the school year,” she said.

Students said the program is a great way to start ninth grade.

“I think it’s good because now we have an advantage because I’ve already read (The Odyssey)” Davian said.

“I feel good about my confidence level because I already learned this,” added Benny.

As for sharing their knowledge to peers who didn’t attend the summer sessions, Garrett joked, “I don’t know; there might be a charge forit.”

McKinney and math teacher, Ben Hammer, will have students in class this fall and already know their areas of need. Usually, it would take several weeks to build that kind of background.

“The program allows me to identify their strengths and weaknesses so we can start interventions at the beginning of the school year,” said Hammer, during a break from an algebra game.

Special education teacher Kara Green, who also taught in the English Boosters, said she sees another important result of the program: Students become experts in the classroom, a role that’s different for them

“I see the confidence they exude,” she said.

The program is funded through Federal Title 1 grant money, and students qualify based on test scores.

‘Let’s get together and play some music’

From wildlife biologist to ‘faux-brarian’