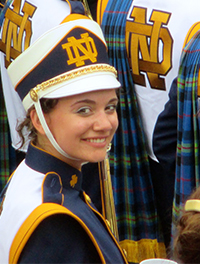 Being part of the Notre Dame band the first year at college makes for a crazy-busy life, says 2012 Thornapple Kellogg High School graduate Alicia Czarnecki, but she loves it.

“It’s amazing,” Czarnecki says. “It’s really a lot of work and a lot of time commitment, but it’s totally worth it.”

Being in the band helped her make friends immediately and put a lot of interesting opportunities on her schedule –like traveling to Texas and performing at the AT&T Stadium, home of the Dallas Cowboys. She’s also looking forward to going to a bowl game at the end of the football season.

Czarnecki , who plays the trombone, is one of 380 students in the band. They practice two hours a night, and all day Saturday is devoted to performing. Game day includes a jam-packed concert before the game, then marching in to the stadium, as a crowd of people four to five deep watches.

Band members are like celebrities on campus, says Thornapple Kellog’s Director of Music Ray Rickert, who visited Czarnecki at a Notre Dame game earlier this year. “People ask for your autograph,” he says. “They ask to have their pictures taken with you.”

Czarnecki, who is majoring in environmental engineering, says she got the bug to be in a college marching band in high school after seeing videos Rickert frequently showed of college band performances. Rickert encourages his students to try out for college band and makes sure they know you don’t have to be going into a musical field to do so. He estimates at least 70 percent of the members, just like Czarnecki, are not going into music. 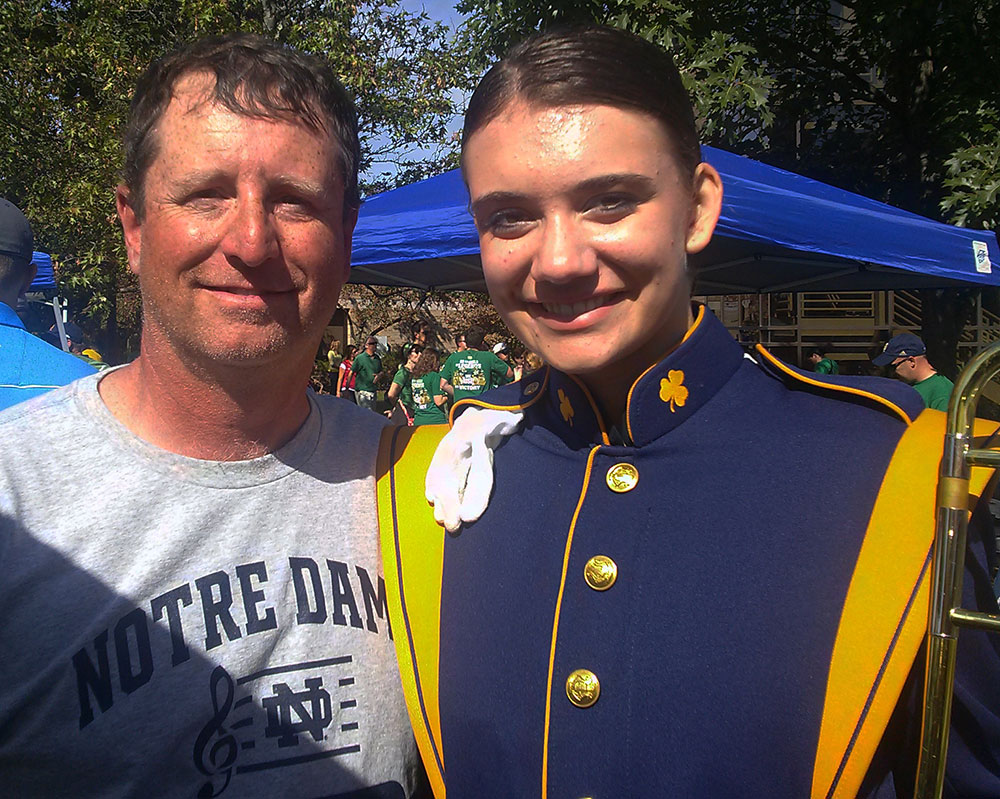 Handling the extra work of being in a college band during freshman year doesn’t surprise Rickert. “Alicia seems to be a kid that’s got her hand in everything,” he said. “I always wondered how she juggled all that stuff.”

He also remembers Czarnecki was always doing anything she could to make herself a better trombone player. “She’s got natural talent, but she also worked hard,” he says. “She wasn’t satisfied with just being OK.”

Band of the Fighting Irish