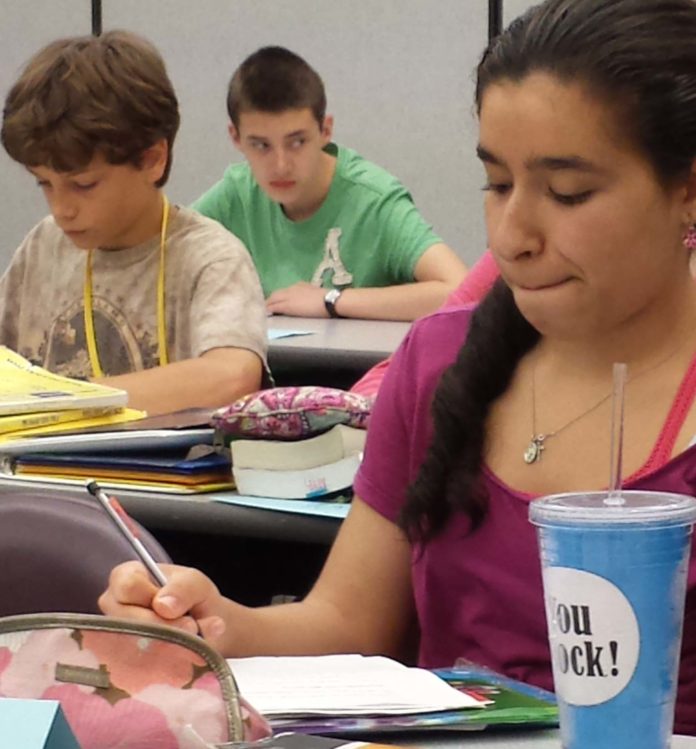 Nineteen students hunch intently over their papers and scratch away with pens and pencils. Their English writing assignment this morning: In what way has this class been like an animal, vegetable or mineral?

Vegetables prove popular. So do animals including panthers and puppies.  After all, this is ATYP – the Academically Talented Youth Program for Kent County students – so out-of-the-box creativity is a given.

Annah, a Cedar Springs eighth-grader, picks potatoes.“My parents forced me to try ATYP, like they did with potatoes,” Annah writes, her long black hair draping over a black hoodie. “I hated both.”

She writes quickly and confidently, rapidly filling two double-spaced pages. “I thought I would cruise by easily like all my other classes,” she writes. “I was wrong.”

So were most of the other students in Marcie Woods’ class, one of several offered through ATYP. The program attracts some of Kent County’s brightest students to the Kent ISD campus, where advanced math and English language arts courses offer challenges beyond thos 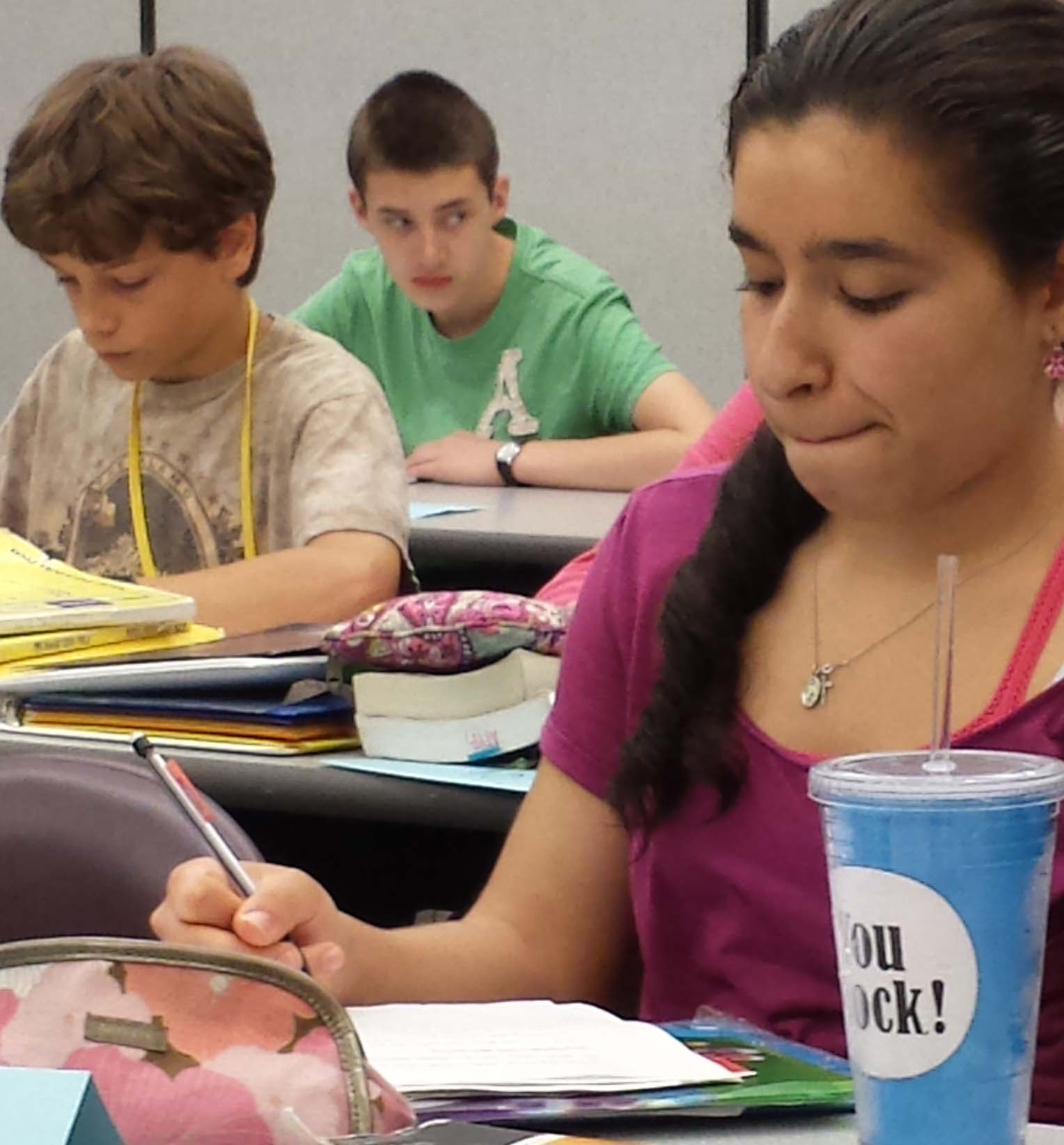 e at their home districts.

Annah is one of 75 students enrolled this year from 11 public districts and four private, charter or home schools. The three-year program includes students from middle school through ninth grades. Annah and others in Woods’ class say it demands more of them, and they like that. “I appreciate the fact that it’s a challenge,” Annah says. “I needed it.”

Safe to be smart

Woods says the class frees students to express themselves by bringing them together in one place.  “By pulling them from all the school districts, they have a real peer group,” Woods says. “It’s safe to be smart here. Nobody rolls their eyes at them.”

ATYP was started in 1999 as a program for advanced math students, at the urging of superintendents who thought local districts weren’t always meeting their needs. Kent ISD designed a program of longer class times, accelerated learning and major hours of homework.

“These are kids who learn in giant gulps,” says Mary Nell Baldwin, Kent ISD consultant and coordinator of ATYP.

Its original enrollment of 28 nearly doubled the following year, and then jumped again in 2006 when English language arts was added. Forest Hills always has enrolled a major portion of students but officials encourage applications from all districts.

To qualify, students must score in the 95th percentile on grade-level achievement tests, then meet qualifying scores on SAT or ACT tests offered through the Northwestern University Midwest Academic Talent Search. A furtherscreening process aims to assure a good fit.

The Odyssey, Macbeth and bildungsroman

Students take classes on Wednesdays at the KCTC and arrange to make up the work they miss at their home schools. In Marcie Woods’ class, it’s clear most don’t mind spending a morning writing and discussing their latest reading, “The Odyssey.”

This semester they also read “Macbeth,” “To Kill a Mockingbird” and “The Chosen.” For several students, the increased expectations have been a high hurdle to clear, Woods says.

“It hurts like the blazes when you find out things aren’t always going to be easy,” Woods tells the class. Some students acknowledge as much in their writing exercises. Writes one, “This year at ATYP has been like brussels sprouts. Tough, but very good for you.”

Tough as it may be, students enjoy chewing on a comparison of “The Odyssey” with the Harry Potter books as versions of the hero’s journey. Woods asks them what part of Homer’s epic is a bildungsroman – the education and maturing of a protagonist.

“When Telemachus has to grow up,” Annah quickly answers.

Later, Woods tells the class they are on their own heroes’ journeys, “going deeper and deeper from the known into the unknown.  Your life is a bildungsroman,” she says. “You’re writing it as you go.”

Silence and Serenity by Annah

When you first come upon the island, it isn’t very impressive. It seems as if it is a captive animal which has slowly withered and aged along the years. Tourists trample the ground…

To Laugh Like A Child Again by Graciela Aguillon

As I was looking through boxes of old pictures, I stumbled upon a picture of my aunt, Mariel, and I. It was a picture taken on the day of her wedding, at the reception. In the background I can see a table covered with a green and white table cloth, overflowing with presents, and my uncle drinking beer…