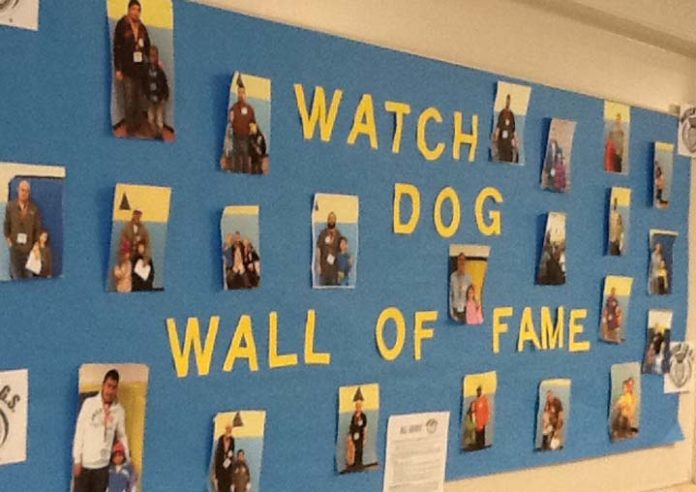 “Mr. Soto, Mr. Soto, me too!  Me too! I love underdogs!” calls a West Godwin Elementary third grader as a patient Able Soto pushes another swing and runs beneath it, to the delight of the children.

“My granddaughter’s father is not in the picture, so here I am, volunteering,” said Soto, a proud grandfather of six, who recently spent a day at the school as part of the WATCH D.O.G.S. (Dads Of Great Students) program. “I came one time before and she was so happy, I thought I’d give them one more time.” 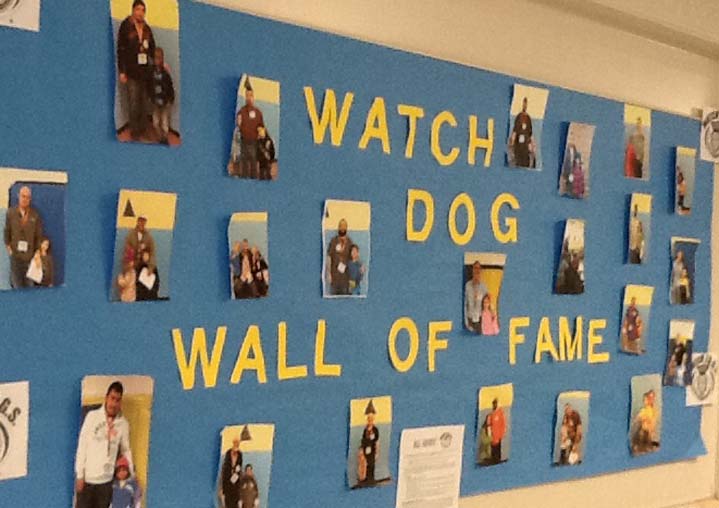 Physical Education teacher Haley Bumgart said she was looking for a program that could have a real impact on students when principal Steve Minard told her about Watch DOGS, a national program founded by Ken Canfield to address the trend of fatherless children and provides added security to school buildings.

“The goal is to get them in the classroom for at least an hour where their children or grandchildren are. They provide extra eyes and ears in school buildings but also provide a male role model for our kids,” she said. “The kids adore it when their dad comes in.They’re quite excited even a week before. I’ve had grandparents, family friends [participate], not just the dad, but a positive male influence in their lives.”

Minard said while many consider the program a boost to school’s security, that’s not the most important aspect of the program. 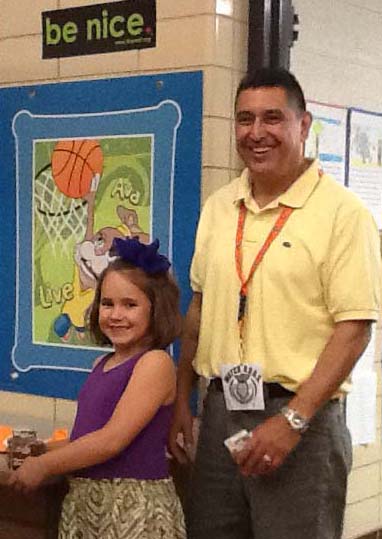 “That’s the last reason I did it. It is nice to have extra eyes but it’s more about having male role models showing that education is important. (In the previous school) we saw a big change in the attitude of kids. It’s very normal to have their moms and grandmas in the building. Having a male changes the environment,” said Minard.

This year, the first of the program at the school, 25 parents, grandparents and significant others signed up for the program, which will run again next year.

On one Friday, Soto spent his day greeting students at the doors, walking the hallways, talking and playing with students during lunch and recess, reading with students in the English as a Second Language classroom and more.

While in line for lunch, Soto’s granddaughter, Kylie Soto, 6, could hardly stand still as other students commented on having a Watch DOGS with her.

Asked why she liked having her grandfather at her school for a day, she summarized it in just one sentence.

“It makes me proud,” she said.

Watch a video of Matt Lauer of the Today Show, talking about the DOGS program

Watch D.O.G.S on the playground

Come on in – finally!