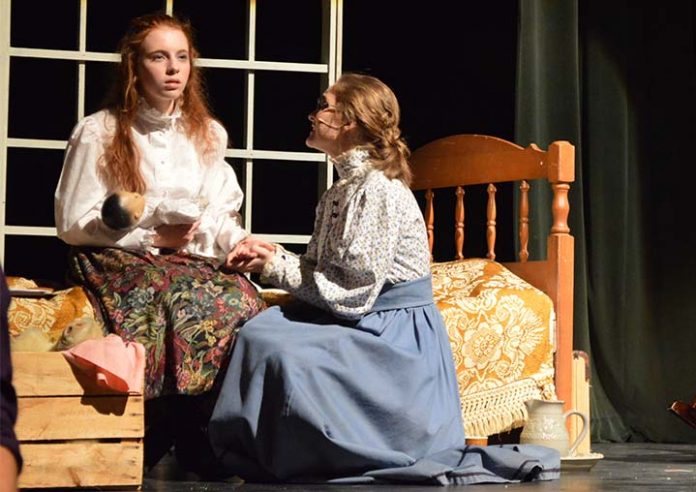 More than 100 students watch, fascinated and without a sound, as a deaf and blind girl furiously wrestles on stage with her teacher.

It is a disturbing scene from “The Miracle Worker,” William Gibson’s classic play about Helen Keller and the determined tutor, Annie Sullivan, who teaches her to communicate.

For most of the students in Northview High School’s auditorium, the experience is more than theater. They are deaf or hard of hearing themselves, watching drama students enact the emergence of Helen from her shell while two interpreters explain the play in sign-language in front of the stage.

“I know a tantrum well enough when I see one,” Sullivan says with disgust, as the child repeatedly tries to take food off Sullivan’s dinner plate. Sullivan pushes her away time and again, until finally the two are rolling around the floor. The audience bursts into laughter when Helen splashes Sullivan in the face with a pitcher of water. 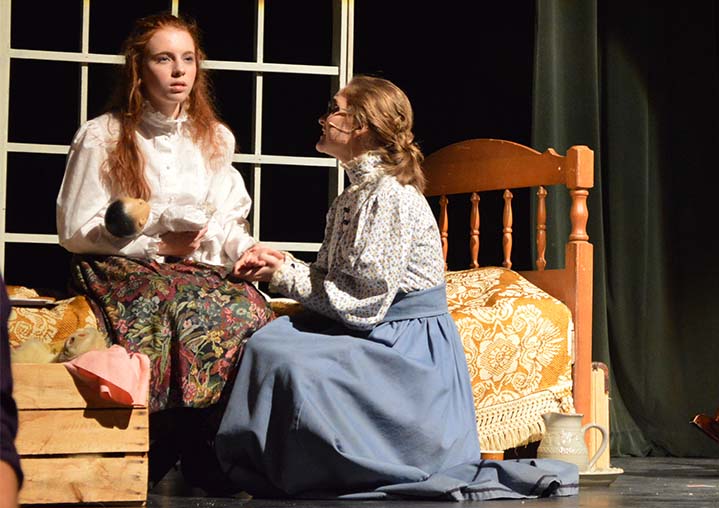 “Something in her mind is asleep,” Sullivan later laments. “How do I nudge that awake?”

By the play’s end, she does awaken Helen’s mind. Students watch raptly as Helen pours water from a pump into the pitcher, says “wah-wah” and spells it in sign language in Sullivan’s hand. “Yes! Yes!” Sullivan cries.

The students applaud loudly as the Northview drama students take their bows. Kayla Fuerst, a Holland High School senior, signs her excitement through an interpreter.

Reaching Students Through the Arts

The Northview Deaf and Hard of Hearing Program invited schools from across the state to attend the school-day performance. Providing support were the Northview Education Foundation and Quota International, a service organization that helps deaf and hard-of-hearing women and children.

About 150 students and staff, including some college students studying to become interpreters, attended the special performance, said Trish Lopucki, supervisor of the Deaf and Hard of Hearing Program.

“We wanted to have an opportunity for students who are deaf and hard of hearing to access the arts,” Lopucki says, plus offer “a welcoming platform for districts that don’t have a program like this.”

Northview’s program provides Total Communication services to 65 students from 17 Kent County districts. American Sign Language, verbal communication and amplified hearing devices all are used, depending on the student’s needs. It is the state’s second-largest such program, Lopucki said.

The program serves students beginning at birth, as teachers visit homes to help parents understand their child’s hearing loss and teach communication skills. Students attend general-education or self-contained classes depending on their needs.

Many hearing students take American Sign Language as a foreign-language course at Northview High School, including some cast members in “The Miracle Worker.” 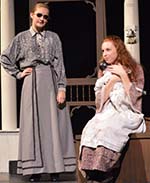 “The language is pretty difficult,” says McMurray, but he loved doing it. “It’s great to take the interpreting aspect and combine it with the theater aspect.”

“It’s becoming the character and showing what they’re feeling, more than just the conversations,” Petersen adds. “It’s like being part of the cast.”

Morgan Maggini said she watched the 2000 television movie version of “The Miracle Worker” to help prepare for the part of Helen Keller. She’d also taken American Sign Language as a freshman.

“To play her was one of the best experiences I have ever had,” Morgan said in an email.  “It made me think what it would feel to be her. It must have been difficult, but she accomplished more than anyone would have thought she would.”