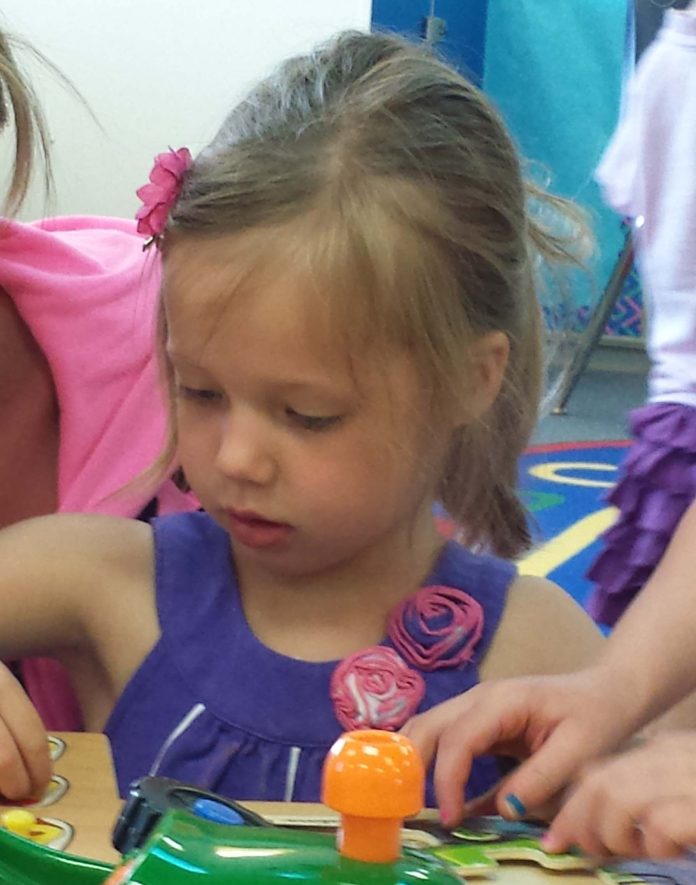 Richard Julien pushed his son Nicholas back and forth on a platform swing with a smile as big as his 3-year-old boy’s. Father and son were hanging out together in a play room at Cedar Trails Elementary School. For a couple of hours on a spring Thursday morning, Richard played a part in Nicholas’ education – long before his son hit kindergarten.

The Parents as Teachers program (PAT) of Cedar Springs Public Schools has been good for Nicholas since day one, his father said. “After the first five minutes, I saw him playing with all the other kids and it was like, ‘perfect,’ “ Richard said during a play break. “It brought him out of his shell. He just started feeling important.”

He and Nicholas are among the thousands of parents and preschool children who have gotten a jump on formal schooling since Cedar Springs began Parents as Teachers 16 years ago. The parent-education program was the first of its kind in Kent County, and led to the formation of the Bright Beginnings program serving families with children from birth to 5 years old in Kent ISD. 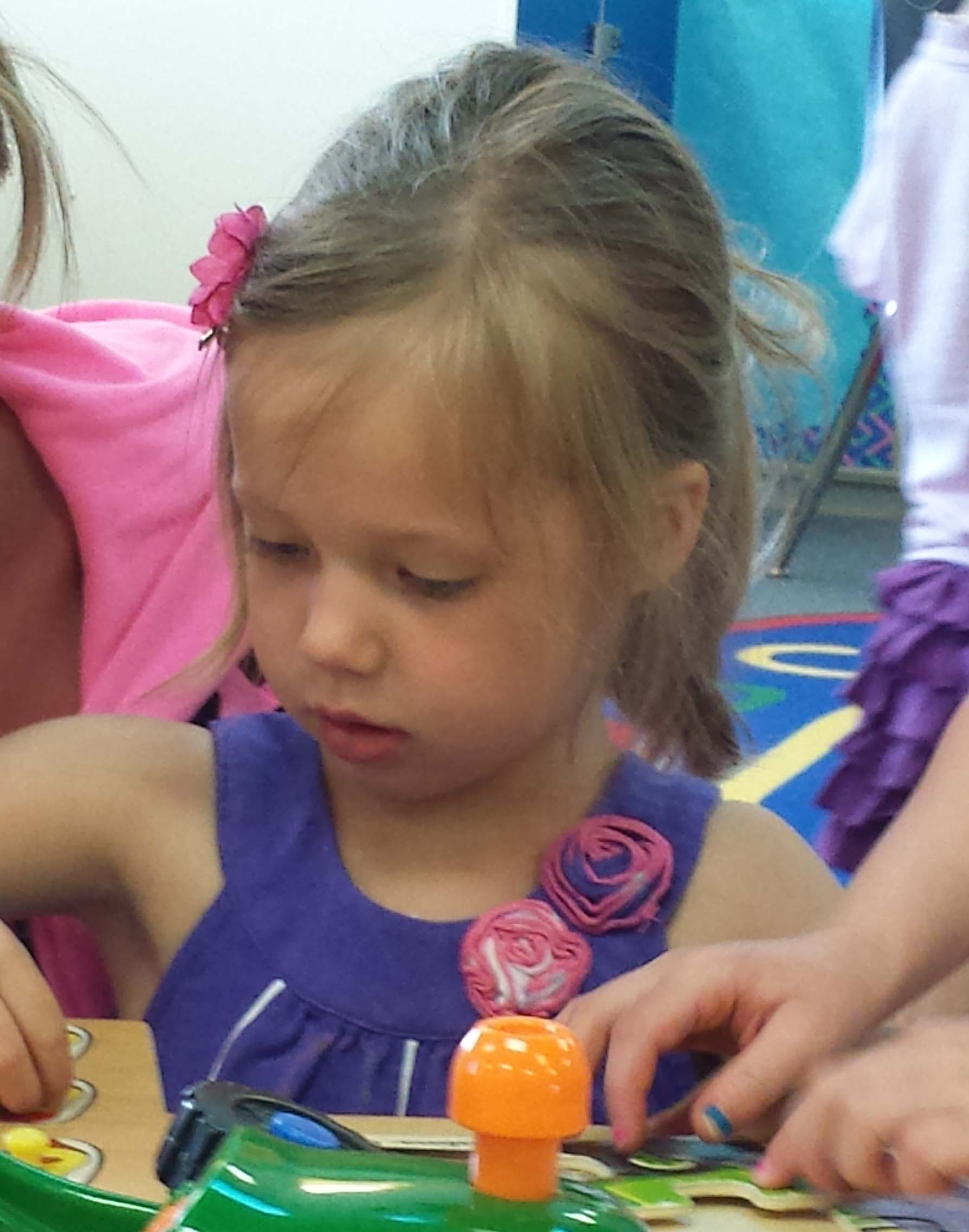 “We’ve given them the tools they need to be successful, and we’ve seen that success,” Harper said.

A passionate parent made it happen

Harper brought the nationally popular program to Kent County after she and her husband moved here from St. Louis in 1997. She had seen its value as a PAT parent educator in Missouri, where the program began in 1981. Beginning as a pilot project for first-time parents of newborns, PAT now operates in all 50 states and seven foreign countries.

Originally from Kent City, Harper had taught elementary school and entered her 3-year-old in the St. Louis program before being hired to help teach it. Working with parents from homeless shelters to affluent neighborhoods, Harper said, “I saw the benefits it can bring to families – all families.”

After moving to Cedar Springs, Harper marched into the office of Ron McDermed, then curriculum director and now superintendent. She was armed with a big binder of PAT literature and a passionate parent’s determination.

“I just laid it on his desk and said, ‘We need to do this,’ “ Harper recalled with a laugh.

She sold the pitch: School officials hired Harper in late 1997 to start the program. She obtained a Frey Foundation grant to expand it for the following school year, and hired Shelley Bauer and Caroline Galle as parent educators – positions they hold to this day.

A state Children’s Trust Fund grant later extended the program to Sparta and Kent City. By the year 2000 it went countywide and beyond through Kent ISD. Under the program name “Bright Beginnings,” this collaboration between Kent ISD and the local districts now deliversan expanded PAT to about 3,200 children.
Click for Related Story: Preparing Pre-Schoolers for Kindergarten Success

Sue Hughes is a parent educator for the Bright Beginnings program who works in Cedar Springs. Hers was one of the first families served when Harper began the PAT program. Hughes said it helped identify a speech delay in her son Alex, which was then addressed through therapy.

“It made a huge difference,” Hughes said. “It made him be able to be successful through his school career, because it made him that much more able to communicate and gave him more self-confidence.” Today Alex is a junior at Cedar Springs High School, pulling A’s and B’s.

Some parents served by PAT are high school students. Shelley Bauer works with both new and expectant teen moms, stressing to the latter the importance of good nutrition, not drinking or smoking and prenatal care.

Bauer also helps with everything from cooking to abusive relationships and homelessness. She recently drove a teen mom to stay at Mel Trotter Mission until she finds subsidized housing.  “I’ve seen a big difference” in PAT teens, Bauer said. “These kids go through school, go on to college and become better parents for their kids.”

PAT helps all parents navigate challenges such as divorce and an increase in unemployed fathers. Educator Caroline Galle recalled one home visit where a father who was playing with his child suddenly started sobbing.

“He said, ‘It’s the first time I’ve actually spent 15 minutes on the floor with my child,’” Galle said.

CONNECT with these websites: