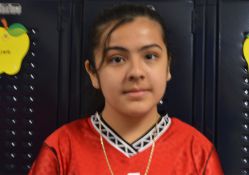 When Gwen Heatley first started working as the career and college pathways coordinator at Harrison Park Elementary/Middle School in fall of 2011, she held a contest that required students to write down the name of a college. A few thought of out-of-state universities known for athletics, but most students weren’t familiar with any.

Fast forward to last school year. Heatley accompanied a group of fifth-graders to Michigan State University for a field trip. An MSU administrator asked students how many of them were going to college.

Every hand shot up. Heatley looked around and knew life-changing things were happening.

“You can change a culture,” Heatley said. “One step at a time.”

Walking through the West Side Grand Rapids pre-kindergarten through eighth-grade school at 1440 Davis Ave. NW, it’s evident those steps have created a pathway for students, stretching from elementary school to careers. It begins with letting them know one exists.

Representatives from colleges decorate the building with posters, colors and memorabilia down every hallway and around every corner. Sixth-grade student Jakob Jordan knows them all: University of Michigan. Michigan State University. Ferris State University. Kendall College of Art and Design. Grand Valley State University. Davenport University. Western Michigan University. Hope, Aquinas and Calvin colleges – and more. He can rattle them off easily.

School names, photos and mascots are everywhere. Jakob said he wants to go to Ferris.

Now one more key part of the puzzle is in place for Jakob and his classmates to turn far-reaching goals into reality.

Of 169 sixth-graders at Harrison Park and Westwood Middle School, 138 have signed a pledge to go to college as part of the Challenge Scholars Program. The Grand Rapids Community Foundation recently announced it has received $26.5 million in gifts toward a $32 million campaign for its Challenge Scholars program, which will send Grand Rapids Public Schools students on the West Side to college or vocational training for free.

The promise offers a “last dollar scholarship” to help cover the remaining cost of college after government aid, other grants and scholarships and family contributions are received. It is renewable for four consecutive years. Students are not expected to get loans, said Gina Bovee, Challenge Scholars co-director and Grand Rapids Community Foundation development director.

The program, in partnership with community leaders and GRPS, guarantees scholarships for students who attend Harrison Park, Westwood and Union High School and who graduate in the Class of 2020 or after. It requires a family commitment to ensure students’ good grades, excellent attendance and behavior. Academic tutoring and coaches are available.

Bovee said the strategy from the start has been to make the path to college known, while removing the financial barrier. “When kids have the hope of college being a real possibility for them, they will work harder in school because there is a payoff for them,” she said.

The program is focused on the West Side because of its high percentage of disadvantaged youth and high unemployment rate. According to the Grand Rapids Community Foundation, 92 percent of Harrison Park, Westwood and Union students are economically disadvantaged. Just 2 percent of Union juniors were deemed college-ready based on 2012 ACT scores.

Jakob Jordan of Harrison Park said he hopes to someday have a career in movie makeup or technical design. The scholarship will be a huge help. “My family hasn’t been the richest,” Jakob said. “It’s our second time being in an apartment, so money’s pretty tight.”

His mother, Jennifer Jordan, works as a medical assistant at the school. Knowing that the resources are in place for Jakob and her kindergarten-age son to go to college is a big relief, she said.

“I went the route of trying to go to college, but I didn’t have the money to go,” she said, noting she wasn’t aware of how to access grants and scholarships for herself. She went to technical school instead.

“Nobody in my family had gone to college so I didn’t know the steps to take,” she said. “They are going to learn all these steps.” Knowing other funding resources will also benefit her teenage son.

Harrison Park sixth-grader Shari Vargas-Ortiz plans to go to Grand Valley State University to become a psychologist. She said her parents are thrilled about the scholarship. “It’s great,” she said. “I could get a career. They don’t want me to miss out on this opportunity.”

Heatley has helped shift students’ mindset from simply going to school to focusing on college and careers. Partnerships with universities include adopting and decorating the hallways. Students take field trips to universities and are involved with opportunities such as Science on Saturday at the Van Andel Institute, science demonstrations at Calvin College and Science, Technology, Engineering and Math (STEM) programs. Hundreds of college students volunteer there each year. 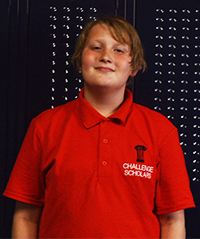 We’ve been working on creating a college-going culture and increasing parent involvement,” Heatley said. Parent meetings have increased from one to eight per month and more than 500 parents are registered volunteers.

Heatley tells parents that no matter a family’s background, a child can achieve success in school: “If you set high standards for your child, they will reach them.”