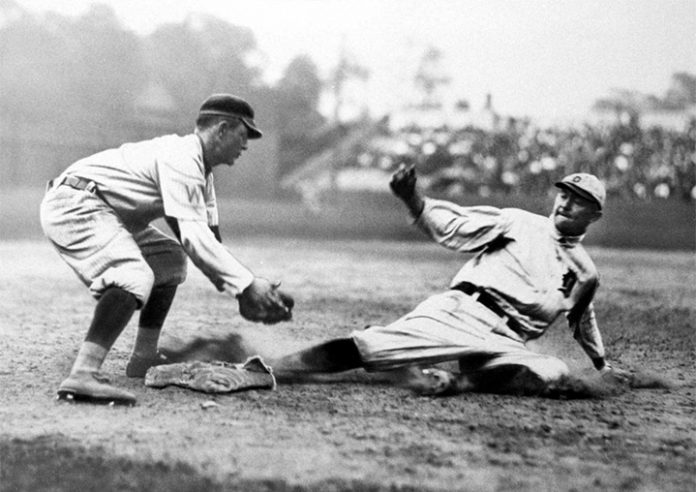 Editor’s Note: At Recess is an occasional humor column that takes a lighter look at schools and education. Funny things sometimes happen when you work with kids — or adults! The views expressed represent only the views of the writer and are offered in lighthearted fun.

Math and I have never been great friends. Oh I can get along with math all right when I have to, like when I try to figure out how much less per ounce I am paying for a 12-ounce box of Cheerios compared to an 8.9-ounce box. Just don’t ask me to figure out the grams.

In this, I am no different from thousands of other English majors who took as little math as possible in high school and avoided it like the plague in college. I relate best to words, not numbers. I hear mathematicians talk about the exquisite beauty of numbers and how they so perfectly measure the mysteries of the universe. I’m not feeling it. To me, math is just a means to get from here to there and figure out the best price in the grocery aisle. Math does not sing to me.

So I sympathize with the poor students who bomb their math MEAP tests and fail to score college-ready on their ACTs. As we have chronicled in our School News Network series, “Making Math Add Up,” teachers are trying new strategies to help students get the hang of numbers. Many hope the Common Core, with its emphasis on underlying concepts and real-world applications, will help turn around students’ subpar scores.

As a mere word person and veteran test-bomber, I can suggest one real-world application that might turn the trick for some students. They call it baseball.

Al Kaline Motivated Me to Learn

I can honestly say I learned more math by figuring out baseball statistics than I ever did in a classroom. As a boy, I spent hour upon hour tabulating my favorite players’ batting averages, earned run averages and slugging percentages. I filled up an entire legal pad of baseball stats in the back seat of my parents’ car on the way to Colorado one summer. I can’t tell you who signed the Magna Carta, but I can recite the batting averages and ERAs of the entire 1961 Detroit Tigers baseball team.

As a result of my baseball stats addiction, I can tally up a checkbook like nobody’s business. But ask me to figure out a square root and I have no idea what you’re talking about, unless it’s to call the plumber because one is clogging up my sewer line.

The reason I excelled in computing baseball numbers is because I cared about the outcome. I wanted to know what Al Kaline was hitting after his latest two-for-four. I was motivated to get the answer.

If teachers can find what motivates their students to get the answers in math, they are halfway through the battle. But what a battle it is.

As a recent article in The New York Times Magazine put it, Americans in general suffer from “innumeracy – the mathematical equivalent of not being able to read.” There is always a “new math” to correct the problem, writes Elizabeth Green, but teaching always reverts to old ways and old results.

Pretty bleak stuff. But I have to say that in reporting for SNN I’ve met some math teachers I wish I’d had back in the day. Their kind of instruction gives me hope for our national numeracy.

At Beach Elementary in Cedar Springs, I watched amazed as students sat on the floor or at desks doing math problems – without any help from teacher Andrew Smith. They were helping each other, a key idea of the Math Workshop program designed to turn students into mini-mathematicians.

One student helped another figure out a fraction. Two boys put their heads together to divide 28 pennies into five equal amounts. Others sprawled on a rug and used playing cards to make number groupings, or drew geometric shapes with a stencil. No one was acting up, passing notes or falling backwards out of his chair. They were just doing their work, quietly and intently.

Hey, this actually looks fun, I thought. In fact it was, students told me. “It’s my favorite subject,” Matthew Vaughn boldly declared.

Better yet, the workshop method had turned around some pretty poor results from the previous year, Smith and other teachers told me.

Same at North Godwin Elementary School, where extra tutoring and small-group work helped students get better test scores than many of their county counterparts. In Lisa Koeman’s second-grade class I watched students work in groups of four or five, quizzing each other on math terms, mapping the dimensions of a farm yard and designing their dream houses.

“It makes you smarter,” Julio Villeda said halfway through his dream house. “I get into it.”

Sounds like the way I used to get into baseball statistics. Maybe if I’d had math classes like this I would know what an isosceles triangle is today.

Of course, it’s too early to know how well the newest new math will work in the long run. Chances are early test measures of the Common Core won’t be great (once the state figures out what test to use, that is). But if this sorting-cards-on-the-floor, designing-dream-houses kind of thing get kids to actually enjoy math, better scores are bound to follow.

Oh, and if any students out there would like to figure out Miguel Cabrera’s batting average, I’d be happy to show them how.