Superintendent Runs for GRCC Board 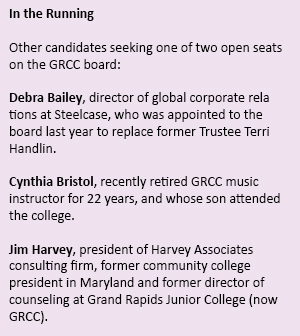 When Mike Paskewicz’s daughter, Jade, was a senior at Lee High School, the class adviser asked him and his wife, Ruth, if they would run the all-night graduation party.

“I said, ‘You know how busy we are. I don’t know if we have time to do that,’” recalled Paskewicz, who was principal of Fountain Elementary School at the time. “He said, ‘You always ask the busiest person, because they know how to manage their time.’”

The superintendent of Northview Public Schools is confident he could manage his time if he were elected to the board of Grand Rapids Community College. He is one of four candidates running for two seats in the Nov. 4 election. Debra Bailey, Cynthia Bristol and Jim Harvey also seek six-year terms. (Profiles of all candidates and their reasons for running are included below.)

Paskewicz tells the all-night party story when asked how he would find time for both positions. But more important to his decision to run, he says, was a sense of community responsibility.

“When community members ask you to consider (running), you have to respond. That’s part of being in a community.”

No Objections from Northview Board members

Paskewicz consulted individually with Northview school board members before deciding to run.

“We would see it as personal and professional development of our superintendent,” Board President Timothy Detwiler said. “He can grow as an individual and a professional, which can only help our district.” Detwiler said no one objected to his candidacy. Paskewicz’s serving on the GRCC board could help Northview better prepare students for college while bringing a K-12 perspective to the board, Detwiler said, calling the scenario “kind of a win-win.” 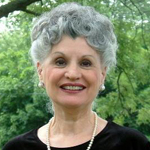 Detwiler added he’s not overly concerned about the time commitment a board seat would require. Paskewicz estimates he would spend 20 to 25 hours a month on board business, and that it would not conflict with his Northview Board of Education meetings.

Paskewicz was a finalist for the GRCC presidency in 2009 before current President Steven Ender was chosen. Paskewicz, 64, insists he has no “aspirations for higher office” but wants to contribute to GRCC’s long-term health. Further, he said he expects to retire as superintendent before a six-year GRCC board term would be over, but would still want to “give back” by being involved in education.

“I feel really strongly the community college has to remain a viable option, both economically and academically, for students in the community,” Paskewicz said, adding between 35 and 45 percent of 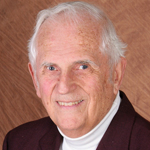 Northview high school students are expected to become productive members of society and to volunteer in the community, he added.

“We have to model that expected behavior,” he said. “This is a way to show, that regardless of your position or how busy you are, you always have some discretionary energy you can give to better the community at large.”

MLive.com profiles of the four candidates for GRCC board