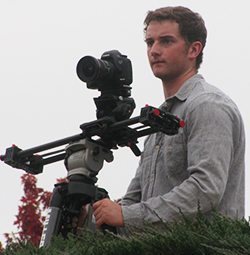 Helping pass bonds for a school district and a fire department by creating videos isn’t expected from a high school senior, but Nathan Seeber has done it.

Jerry Robinson, Nathan’s digital video teacher, said he’s not sure how the bond issues would have fared without the videos. He does know the district probably saved $3,000 to $5,000, which is what a professional would have charged for making a video.

After meeting with superintendent Tom Enslen to get the details of last May’s $6 million school proposal, Nathan wrote the script, filmed and edited it. All he asked for in return was a letter of recommendation from Enslen.

A tricky part of the project was finding a person to do the voice-over for the video. “He had to turn down a board member’s voice-over because it just wasn’t the right fit for the video,” Robinson said. “I’m not even sure I could have done that.”

After Nathan finished the school bond video, Thornapple Township Emergency Services asked him to do a promotional video for its $1.675 bond issue in November.

“I am most proud of the two bond videos I have done,” said Nathan. “They were both successful.”

On the not so serious side, he’s made people float up and down, fly and shoot lasers out of their hands in a music video set to Bonnie Tyler’s 1983 hit, “Total Eclipse of the Heart.” He also created “Pure Freeport,” a parody of the Pure Michigan campaign. 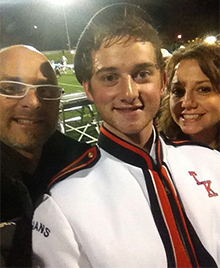 Many other activities besides making videos have filled Nathan’s high school days. He’s marched down the football field playing the sousaphone, discussed racial and environmental matters in the Calling All Colors and Environmental Action Council clubs, worked with the National Honor Society, and has been involved with the Business Professionals of America.

The BPA was his favorite club and learned a lot — like where the forks go at dinner and how to shake someone’s hand — at one of the group’s workshops. “BPA taught me how to be a well-rounded professional person not only in the workplace but also in general,” he said.

“I enjoy being busy and putting my time to productive use,” he added. “I feel accomplished and well-connected to the school after doing all of these.”

Robinson said when Nathan graduates in the spring, it will be nearly impossible to fill his shoes. “Nathan is one of those students who come along only once or twice every decade,” Robinson said. “With his intelligence, creativityand great work ethic, I am sure Nathan will be a future leader in both the career he chooses and the community in which he settles down.” 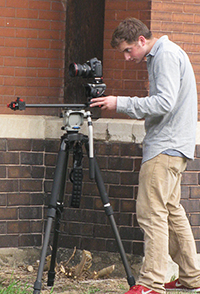 Nathan’s ambitiousness began early, when he took his first job at age 15 at an industrial cleaning company. He attributes his drive to his parents, Chad and Joanna Seeber.

“My parents have done the best job parents can do in raising me,” he said. “They encouraged me to work hard to achieve my goals. They have raised me to be kind and considerate to others. They have always been there for me when I need it, and they taught me how to be a gentleman.”

Nathan also credited Robinson with helping him succeed in high school. “He is one of the most personable and supportive teachers I have had the chance to work with,” Nathan said. “And that is saying a lot, because the whole Thornapple Kellogg staff is truly one of the best best groups of people that I am blessed to be involved with.” 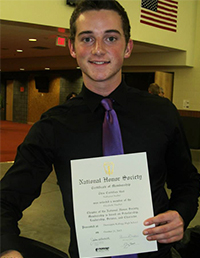 Despite his video shooting success, Nathan sees it as a passion but not a future career. “I feel like I want to do something more concrete,” he said, noting video work is tough to make much money at. Ironically, that’s just what his father does: works for a video projection company, C2 Group in Grandville.

Nathan plans to attend Grand Valley State University and major in health care administration with a minor in Spanish. “I really want to wear a suit,” he said.