A robot made of Legos pushing around poop could lead to students being scientists and engineers. Settle down, it’s not real poop. It’s manure made of Legos, and it was part of the challenges for students as this year’s First Lego League (FLL) Robotics Animal Allies competitions got underway.

Robots built by students have taken over school gyms around the state at the FLL tournaments, including one held at Grandville High School recently that had 47 Kent County teams competing. It was the culmination of weeks of practice that started at the beginning of the school year.

Working on the project wasn’t like learning in a classroom — at least not at Thornapple Kellogg Middle School. Practice for the Grandville competition was filled with laughter and goofing off. It certainly didn’t seem like it would affect anybody’s future, but it can.

“It helps expand your mind in technology if you want to get into engineering,” said Paris Viviano, a student on the Thornapple Kellogg team. “And the computer coding gives students a head start in that field.”

Andrew Cove, who coached the sixth- through eighth-graders on the Thornapple Kellogg Middle School Artificiers team, tried to keep the team members focused on their tasks at the practice. But he admitted he wasn’t much help with building the robot.

While he might not be a robotics whiz, his sense of humor and good attitude exemplified the core values also being learned by teams.

His Artificiers team members did a final run of their 10-inch tall robot. They watched as it performed tasks like dropping a Legos shark in a tank, moved around cows and geckos, helped a dog with a prosthesis, and, yes, took manure to designated spots on a 4-by-8-foot playing board. Fourteen missions were created, and points were given by tournament judges for those successfully completed.

The annual challenge got started at the beginning of the school year when Legos Mindstorms kits were delivered to schools in the district. The goal of the challenge is to introduce students to science, technology, engineering and math (STEM) and teach critical thinking skills, teamwork and core values.

Besides building a robot, teams also had to research a real-world problem involving animals and figure out a solution for it. The Artificiers designed an inflatable saddlebag that would help decrease sores and chafing from horse saddles.

For presenting their research to the judges, they created a clever skit modeled after the “Shark Tank” TV show, which features a person bringing a product pitch to millionaires who decide if they want to invest in the product. The students playing the millionaires were tough on the presenters.
“Give me a reason why we should invest or we’ll walk out the door,” one judge demanded.

In the noisy Grandville gym where the Nov. 19 tournament took place, teams with names like The Yip Yip Dawgs, Pretty Cool Platypi and Pink Fluffy Super Happy Unicorns of Justice showed judges how their robots worked. It was tense and exciting, but also positive and encouraging.

Students came away from the contest learning about themselves, which was one of FLL’s eight core values: what is discovered through the competition is more important than winning.

“In addition to the pride they took in their project presentations and robots, their gracious professionalism radiated,” said Stephanie Pearson, a Caledonia Community Schools coach. “I saw entire teams cheering on other teams from the stands, congratulations, high fives, hugs and tons of smiles.”

Doug Hepfer, coach of the Grandville Robots, said many of the students would probably end up doing something related to science in their careers. “This is giving kids a chance to have fun with science,” Hepfer said, adding it’s certainly more fun than sitting behind a desk in a classroom.

The First Lego League contest is the largest robotics and research competition in the world. Regional competitions end in January, to be followed by semifinals and then finals in March. 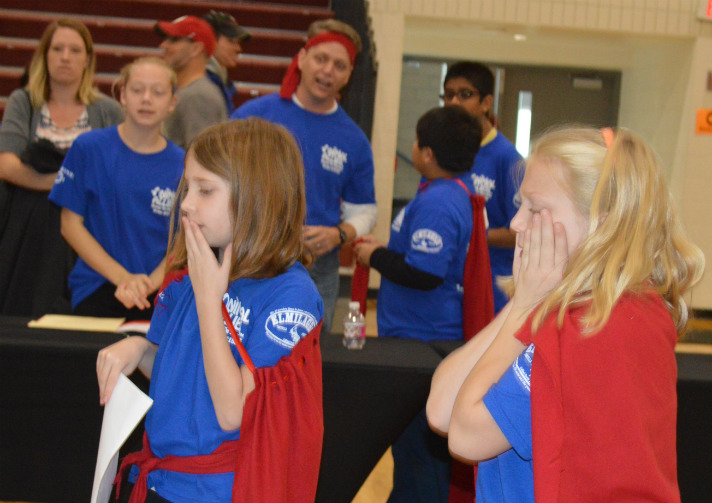 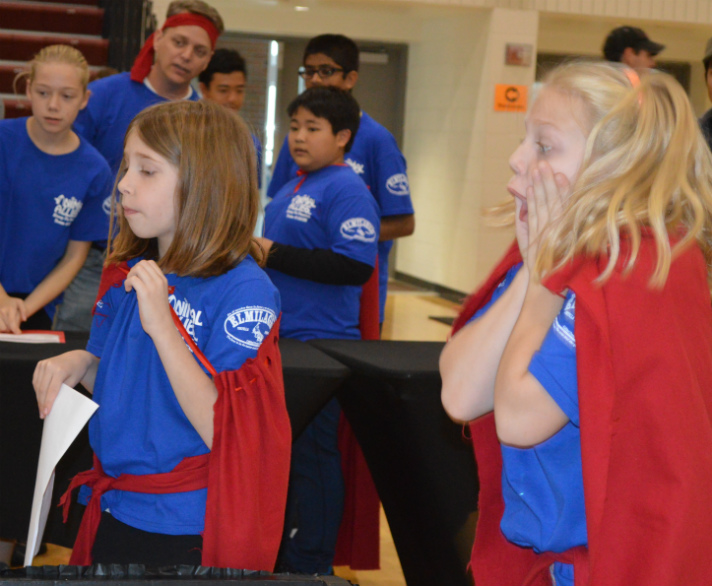 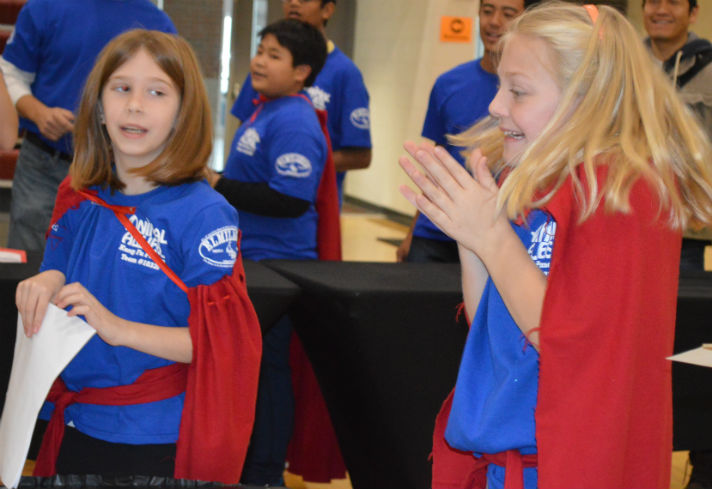 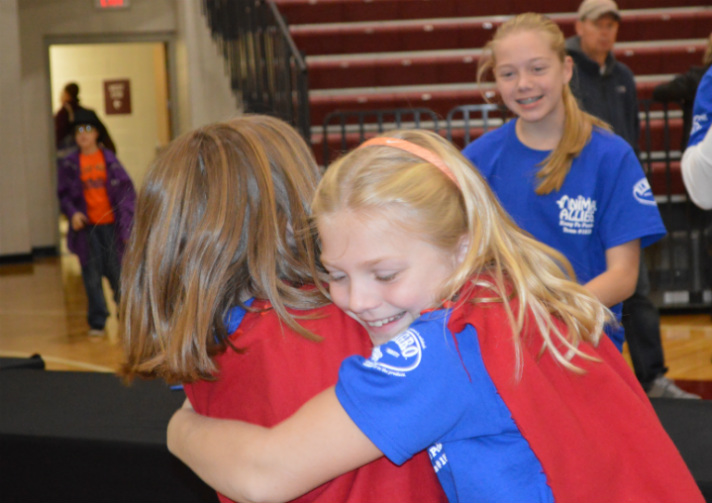