School News Network | A Window into Your Public Schools
- Sponsorship -

“If you can Google it, then we should not be teaching it,” said Hirsh-Pasek, whose book explains the “6Cs,” skills that science shows and that many professionals say are vital for success in future careers. They are collaboration, communication, critical thinking, creative innovation and confidence. When those skills are developed, students do better on the sixth C: content mastery.

“The truth is, the world has changed under our feet and we have to deal with the fact that our children are not growing up in the same world we grew up in,” she said. “We are entering a new era in which information is doubling every two-and-half years.”

If students don’t learn how to think critically, be innovative, and sort and apply ever-expanding information, they will be left behind. “We’ve got a problem here. We are leaving the information age where getting factoids was enough,” she said.

The U.S. is behind other industrialized nations in education, according to the PISA Test, and the focus on K-12 standardized testing is squashing potential, Hirsh-Pasek and Glazer explained. While accountability is important, there are better ways to help students become proficient in reading and math, but that requires focusing on much more than content.

A foundation based on the 6Cs is key, Hirsh-Pasek told superintendents. “They will do better on the standardized tests. They will just happen to be whole, competent, successful children at the end.”

The approach isn’t limited to the school years, she said. “We have to not just think K-12. We have to think about starting in the cradle and going to career, or from the sandbox to the boardroom, as I like to say.”

What that means for the workforce, added Glazer, is educators need to align schools with the changing nature of work.

“Career success is going to look a lot more like rock climbing than ladder climbing,” Glazer said. “An education system that is designed to produce rock climbers is going to look fundamentally differently than one that produces ladder climbers.” His recent report, “A path to good-paying careers for all Michiganders: a 21st Century state policy agenda,” cites “Becoming Brilliant” as “the best definition we’ve found” for the complex set of skills students need, non-algorithmic skills that computers aren’t good at yet.

Michigan Future is a non-partisan, non-profit organization that works as a source of new ideas for Michigan’s success.

Are We Preparing Michigan Children for the Future?

“If we stick to the traditional way, that success is defined through reading, writing and math, there’s a clear answer to that,” Hirsh-Pasek said. “No, our children will not be employable if they only know how to fill in the blanks.”

Many jobs will be replaced by automation, Glazer said. Jobs across many industries are becoming less and less secure.

Students’ best bet, he said, even if it means taking on loan debt, is to complete a four-year degree. “There’s only one thing that predicts a high per-capita income, and that is the proportion of adults in the community with four-year degrees,” he said. “Nothing else comes close.”

Michigan has become a low-prosperity state, ranking 32nd in per-capita income and 32nd in college attainment in 2015.

Data doesn’t support the idea that long-term prosperity is as high through skilled trade occupations as those available through a four-year degree, Glazer said. “Welders do not make more money over a 40-year career than history majors — period.”

Godfrey-Lee Public Schools is using “Becoming Brilliant” to reshape the district using the 6Cs. While in Grand Rapids, Hirsh-Pasek also presented to district educators there.

“It’s a great framework for anyone who’s trying to transform away from a test-driven curriculum,” said Assistant Superintendent Carol Lautenbach. “It’s flexible. It allows for different approaches.”

Michigan Teacher of the Year Luke Wilcox, an East Kentwood High School math teacher, said he believes embedding the 6Cs is possible while still achieving high-quality content understanding. “My big takeaway is the idea that content is not the only thing we are teaching students in schools, and there are some other skills that are oftentimes more important for their future success.

“When I think about taking this back into my classroom, I certainly have a responsibility to teach the mathematics content of my courses, but I think what’s more important is that I get my students working together so they can collaborate, developing their critical thinking skills and allowing them to connect one idea to another.”

SNN article: How to Measure Brilliance? By More Than a Test 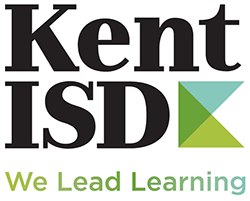 Get our headlines in your email

ABOUT US
School News Network is community journalism at work, funded through the donations of our sponsors and member school districts and developed by Kent ISD.
Contact us: snn@kentisd.org
FOLLOW US
© Kent ISD | 2930 Knapp NE | Grand Rapids MI 49525
MORE STORIES

A father’s love, a son’s devotion, a school success