“I realize what a privilege it is”

Rockstar Teacher Tom Wier recognizes that he is most of his students’ first male teacher, and said it’s important to serve as a role model for them 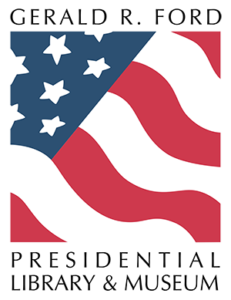 Rockstar Teachers Series: There’s just something about certain teachers that draws students to them in droves and keeps them checking in years, even decades later. Here, we highlight some of these rockstars of the classroom, in a series proudly sponsored by the Gerald R. Ford Presidential Library & Museum.

Every Saturday, Godfrey Elementary School fourth-grade teacher Tom Wier spends about 90 minutes visiting two libraries and checking out about 40 books. He’s fulfilling requests his students made earlier in the week for books they can’t wait to read. He knows, come Monday, they will eagerly go “book shopping” for the coveted titles he brings to class.

“I do everything I can to get the books in the kids’ hands,” said Wier, who has taught at Godfrey Elementary for 36 years. Many families in the low-income, Hispanic community are newcomers to the U.S. who appreciate Wier’s commitment to helping their children develop proficiency and a love for reading. “The students are so excited to get the books they really want to read,” he said.

Punctuating his point, fourth graders’ hands popped up, waving with excitement, to answer questions about the novel “Stone Fox,” by John Reynolds Gardiner, which Wier read in class. They yelled “No!” in unison when he reached the end of a chapter. Not one to end storytime without more discussion, Wier held up a map of the dog-sledding trail to help visualize the mushing journey.

Wier wants students to imagine and enjoy stories. He challenges them to predict what will happen next, adding to the suspense of the chapter to come.

A Love for the Profession

Less tangible than books, Wier shares something else with his students that makes him so beloved at Godfrey Elementary. It’s the mutual respect that shines through in his steadfast work to engage students. “I try to put myself in their shoes,” he said, noting that he’s constantly working to improve his craft and asking, “What would I like to do if I was learning this?” His goal is for the students to feel cared for, and part of that is by making learning fun. It’s also his goal to reach every student, making sure all of them achieve what they need to in his class.

“What makes him a good teacher is he helps us with stuff and he gets us pumped up,” said fourth-grader Malik Burton.

Wier has spent all his teaching years (except one, when he moved up to fifth-grade) in his Godfrey Elementary fourth-grade classroom. The son of teachers grew up in Wyoming and attended Wyoming Park High School before pursuing a bachelor’s degree at Grand Valley State University and a master’s at Michigan State University.

Though he’s well into his fourth decade on the job, Wier said the idea of retiring makes him feel sad. “I love coming to school,” he said. “I try to bring my ‘A’ game every day. I love the challenge of it and it just doesn’t get old for me. I love what I do.”

A ‘Privilege’ to Teach

Wier has a unique perspective on the profession because he knows what it’s like to miss it, he said. After his first three years teaching in the 1980s, the district was experiencing declining enrollment. He was laid off and took a job working with computers. When called back to his classroom three years later, it was an easy “yes.”

“I realize what a privilege it is. I don’t take one day for granted. To have a position like this, when people entrust you with their children, that’s a high calling and I never take it lightly.”

He loves the district, which has become much more diverse over the years, with students coming from many regions including Central America and South America. “I think that’s made us a lot better communicators as teachers, and broadened our scope as teachers,” he said.

Plus, he has flexibility to try new things to meet their needs. “One of the reasons I have passion for teaching is that I’ve had the freedom from the administration and the school board to explore, to take lessons where I want to take them. That is huge.”

“Tom leads from relationships, and he treats everyone with the utmost respect and kindness,” she said. “He is so good at seeing multiple points of view and being the calm presence that every school needs. He has seen every change, trend, initiative and focus that a school district can come up with over time, and he is one of the most enthusiastic learners in the district. If it’s good for students, Tom’s all in.”

Wier is most of his students’ first male teacher, and he said it’s important to serve as a role model for them. From day one, he sets procedures and establishes routines, “getting them to understand my pace and setting those expectations high.”

He embeds character-building programs into his instruction, and does a lot of goal-setting with students — and with himself. “I try to be as open and honest as I can with my students, vulnerable at times… I tell the kids, ‘I’m learning. You’re learning.’

“With his management the students know his classroom rules, and they know they will be held accountable for following them,” said fellow fourth-grade teacher John Hovingh, who sees consistency in everything Wier does. “I have been teaching next door to him for 18 years, and he has only taken a half-day off for personal reasons or sickness. He is literally never absent.”

Over the years, Wier has gotten to know many students and parents. Now he often has the children of former students in his class. “One of the joys for me is having former students come back (to visit) and that happens all year,” he said. “That’s rewarding when they say, ‘You made a difference in my life.’”

Fourth-grade teacher Elizabeth English’s daughter was a student of, “and of all of the teachers, Mr. Wier was her favorite. Whenever she comes to school with me, she always goes down his hallway to say hello to him.”

Rain Dancing and Basketball, all in One Afternoon

It’s always a good idea to move before hitting the books, and in Weir’s class that means it’s time to rain dance, during which he leads students in twisting like tornadoes, clapping like thunder, and drip-dropping like rain.

While a recent dance produced smiles and laughs, it was just one lively activity that morning. A test-prep game of science basketball involved trivia and hoops. After answering correctly about animal adaptations and ecosystems, students had the chance to shoot a ball at a mini Nerf hoop. Successful shooters received a new pencil.

Students say his approach is a great way to learn. “Mr. Weir is a fun teacher because he does fun games with us,” said Abigail Herrera-Hernandez, who had just finished playing science basketball. “I learned more about animals.”

Teachers agree. “Mr. Wier has a calming demeanor and makes learning science fun. He fist bumps his students first thing in the morning to establish personal connections with each of them, and then, throughout the day, makes each student realize how special he or she is,” English said.

But, as in everything Wier teaches, science basketball goes a bit deeper than just test prep. He tailors his questions for each student, knowing their strengths and what will lead them, ultimately, to a nothing-but-net answer. That’s the goal.

“It’s all about making them feel successful.”