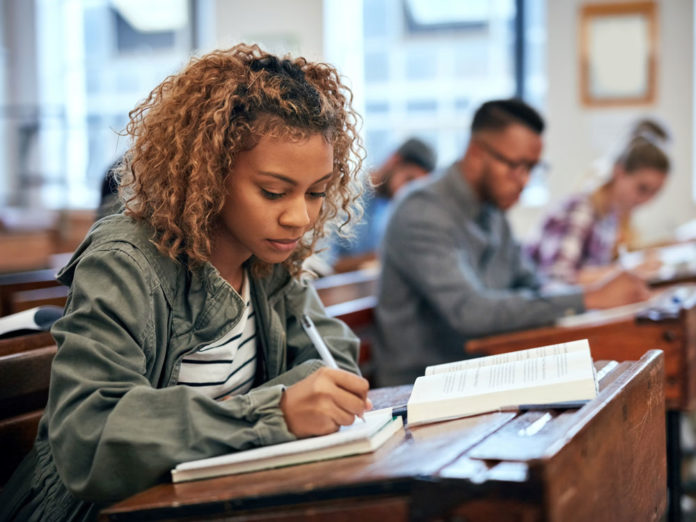 Many people assume that of all 20 Kent County public school districts, Forest Hills has the most money to spend on their students.

The suburban district of nearly 10,000 students received $8,409 in the state-funded, per-student foundation allowance this school year, along with Caledonia. That’s the highest allocation in Kent ISD, and $538 more per student than the 14 districts in our area  receiving the minimum state foundation allowance of $7,871 per pupil.

But what you may not know is that Forest Hills is getting less money per student than it did 10 years ago, despite mounting costs, inflation and occasional small increases in state funding.

That trend, along with an enrollment decline in recent years, has put the apparently affluent district in a financial pinch – along with other districts many would perceive to be well-off.

Some of that pinch is by design. Proposal A, passed by voters in 1994, aimed to reduce the yawning revenue gap between the state’s richest and poorest districts. Statewide, in 1993-94, this gap ranged from a low of $2,762  per pupil to more than $10,000, according to an analysis by the Senate Fiscal Agency. Proposal A’s funding formula has narrowed the gap by awarding low-income districts about twice the increases in per-pupil funding as higher-income districts.

This year, for instance, districts at the minimum foundation allowance funding level, such as Kenowa Hills, received an increase of $240 per student, while Forest Hills received $120.  So after 25 years of the affluent districts getting about half of whatever increase the state provided to the others, the difference between the maximum and minimum per-pupil foundation allowances has shrunk dramatically, from $2,300 in 1994-95 to $538 this year, according to the Senate Fiscal Agency.

While that’s a plus for curbing funding inequity, it obscures the budget difficulties of districts generally perceived to be wealthy, superintendents and fiscal officers say. While not minimizing the enormous challenges of lower-income districts like Grand Rapids and Godfrey-Lee, they say the state’s funding system is short-changing both affluent and poor districts.

“Some are struggling more, but everyone’s struggling,” said Mike Hagerty, Kent ISD assistant superintendent of administrative services. Between rising costs they have no control over, declining enrollment and K-12 funding being raided for other purposes, most local districts are feeling financial pain, he says.

Though it has been 25 years this spring since Michigan voters approved Proposal A, shifting school operating funding from local property taxes to the state, the funding system has come under increased scrutiny recently. A major study released in January, led by Michigan State University education researcher David Arsen, found the state ranks “dead last” among all states in school revenue growth since Proposal A passed, and called for substantially raising per-student funding.

Beyond those startling facts, the report also noted high-revenue districts have seen “a nearly uninterrupted drop in their foundation grants’ inflation-adjusted value” of nearly 40 percent over that time.

That’s not news to Forest Hills Superintendent Dan Behm. Though his district’s $8,409 per pupil tops the list of Kent ISD schools, along with Caledonia, it is $53 less per student than the district received in 2008-09. Meanwhile, enrollment has fallen and costs have gone up. Do the math and you get budget cuts, he said.

“The cost of utilities has gone up, retirement has gone up, not to mention our own employees whose household expenses have gone up,” Behm said. “All of those things have required us to liquidate needed services just to cover the cost of inflation.”

When inflation goes up even 1 percent for a budget the size of Forest Hills — $107 million — “that’s over a million dollars in new expenses, and so a million in new cuts every year,” he said.

Meanwhile, Forest Hills’ southern neighbor, Caledonia Public Schools, matches its per-pupil allowance and has seen impressive enrollment gains to boot. Still, Caledonia has had to make personnel cuts in recent years, as costs have risen and its per-student funding increases have lagged compared with poorer districts. When Proposal A passed it was receiving about $2,000 more than its minimum-funded neighbors; today the gap has narrowed to less than $500.

As the state-aid gap has narrowed, that disparity between popular perception and financial reality has grown, Martin says.

“We are much larger, but still operating as if we were back in 2006, and it’s getting to the point where we can’t spread the budget much further,” Martin said.

The misperception that higher-income districts are breezing along is widespread, said Hagerty, the Kent ISD assistant superintendent. But as president of Michigan School Business Officials, he has a wide view of how the state funding formula can put a squeeze on those districts — while inadequately funding all districts.

Hagerty’s made presentations to Launch Michigan, a coalition of education advocates, to superintendents and Kent County school board members about the school funding formula’s long-term pattern. It shows several trends, none of them good for school budgets:

That last trend is tough on districts like Forest Hills and East Grand Rapids – both of which have lost about 3.5 percent enrollment – because state aid is based on number of students. Since enrollments usually decline in small increments – say, one or two students per class – districts still need to pay the same number of teachers but with reduced funds due to the reduced number of students, Hagerty said.

Factor in rising costs, such as districts’ share of retirement payments and health insurance, and few districts escape the financial bind. Still, poorer districts like Godfrey-Lee have far fewer resources and property wealth to pay for bond issues and raise funds from the community, Hagerty emphasizes.

Said Hagerty of high-income districts such as Forest Hills and East Grand Rapids, “I don’t think anyone feels sorry for them because of everyone else” and the severe state of school funding overall. “They offer programs others can’t. But they have struggled financially. It’s been nothing but cuts for at least the last seven years.”

Despite problems with the state funding formula, Hagerty said all districts would be much better off if the School Aid Fund hadn’t been raided over the years to fund colleges, pensions and other non-K-12 costs. Colleges were never part of the K-12 School Aid Fund, and the now-normal state practice of shifting K-12 dollars to higher education has drawn severe criticism. A report last year by the Michigan League for Public Policy said since the SAF was first raided in 2010, $4.5 billion intended for K-12 schools has gone to universities and community colleges.

If the $2 billion growth in the SAF had all gone to the foundation allowance over the past eight years, it would have increased by $1,442 per pupil – well above the actual increase of $555 in minimum-funded and $40 for higher-funded districts, Hagerty said.

Gov. Gretchen Whitmer’s proposed 2020 budget would restore about $500 million to the SAF from money spent on higher education and road funding. And it draws on recommendations of the School Finance Research Collaborative report, which found Michigan should be spending about $2,000 more per child to adequately fund schools.

For now, though, Hagerty looks over the history of Proposal A and sees opportunity lost – for both high- and low-income districts.

“It was a crossroads of trying to reach equity, which most people would agree with, at the same time as a diversion of school aid dollars, which caused the problem,” he said.

Bridge Magazine: A brief history of Proposal A