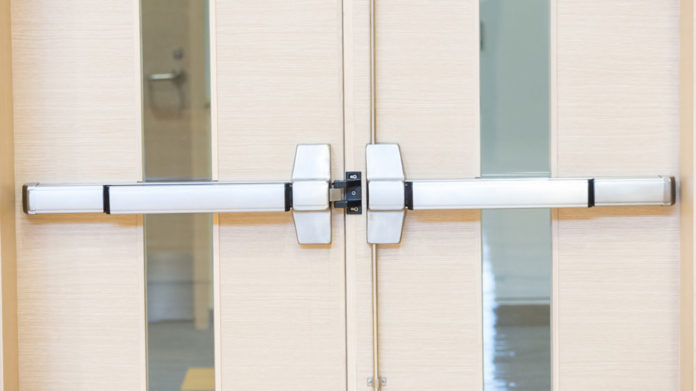 Districts nationwide have added exterior and interior security equipment, held staff trainings and run lockdown drills as they face the threat of school shootings and other violence.

But while preparation is crucial, when it comes to school security, more isn’t always better, said Jason Russell, a Grand Rapids-based security education consultant.  Non-compliance or confusion is often the result of too much to do or remember.

Instead, districts need simple plans that are easy to recall if a real emergency situation occurs. “Nobody is looking at that 75-page emergency plan,” said Russell, founder and president of Secure Education Consultants, which trains educators in emergency response. Russell is a former police officer and Secret Service agent. He has a master’s degree in security management.

Russell presented the three-hour regional training “Preparing Schools for Critical Incidents” to West Michigan administrators, business managers and crisis response team members including school resource officers recently at Kent ISD. The training was free for members of SET SEG, a non-profit insurance company for Michigan public schools and their employees. He outlined do’s and don’ts of emergency response and the best way to allocate resources toward security measures.

According to Education Week, there have been 19 school shootings with injuries or deaths in 2019 as of October.

Training and emergency plans have morphed over the years before and after the 1999 Columbine High School massacre, he said.

“Pre-Columbine you had fire, weather, medical and that was it. Post-Columbine you had everything, including stuff that has never happened in a school and never possibly could happen,” he said. “We are now seeing a swing back, which I think is a very positive thing, to very simple emergency plans.”

Plans can be simplified into basic primary protocols. “If you look at emergencies they tend to funnel into a couple general protocols. We really need teachers to know those really well, as opposed to knowing 50 different emergencies.”

Russell stressed a basic plan for active shooter response: Secure/Hide, Evacuate/Run and Confront/Flight/Defend, or SEC. Educators need appropriate training and must know to react with tactics according to the situation, not in a step-by-step order.

Inappropriate active shooter training is too common and has negative effects, he said. “When I think of training, I think, ‘These are teachers; they are educators. They are not police. But a lot of trainings I see being done in schools is police training crammed into a school and then we wonder why the impacts are negative. It’s not designed for teachers — it’s designed for tactical professionals,” he said.

Doug Gallup, Byron Center Public Schools operations director, said he attended the session, his third with Russell, to bring back information to his district in order to reassess and evaluate their crisis plan. “It’s to kind of do a self-evaluation of policies and procedures, what are we doing right and what do we need to improve,” he said.

Godfrey Elementary School Principal Andrew Steketee said he’s bringing back information to Godfrey-Lee Public Schools on upgrading facilities and security. “Things have changed so much over the years,” he said.

“We definitely see schools more open to training on emergency response… That’s definitely been something really positive… In terms of talking to students about response, we are getting a lot better with that,” he said. “(Schools are) realizing that how students are going to respond is a huge element.”

Though the idea of arming teachers with guns has been pitched by politicians, Russell said he does not support the idea. “Do I think arming teachers is a good thing? No, absolutely not. I can answer that one so easily.”

He said a person must be “highly trained,” well beyond basic CPL training. “It feels good to say ‘a good guy with a gun stops a bad guy with a gun’. But I think any officer in here can tell you that (within) the theory of firing a weapon in a school environment, there are so many things to consider.”

Even with his background in law enforcement, “the circumstance would have to be so perfect for me to do it and I’m highly trained,” he said.

Becoming one with many

KSSN coordinator has neighborhood connection to school she serves

A joyful noise for all

Eating the elephant one step at a time

Online learning a mixed bag of offerings this year