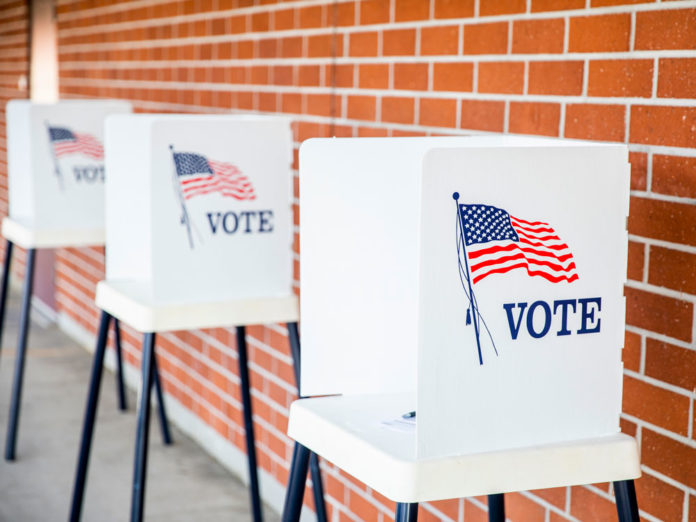 Five Kent ISD school districts are breathing easier following voter approval of tax requests in Tuesday’s election, but one is weighing options after its proposed bond issue was defeated.

Voters in Grandville authorized a $94 million bond to accommodate district growth, including a new seventh and eighth grade building, although voters by a razor-thin margin rejected a separate request for a new school-community pool.

Thornapple Kellogg and Kent City voters approved major bond extensions – of $42.8 million and $21.9 million, respectively — for new or improved facilities, safety and technology upgrades and infrastructure improvements. Sparta renewed a sinking fund for repairs, while Caledonia voters approved full funding of a non-homestead levy by a 2-to-1 margin after a defeat last year.

However, in Cedar Springs, voters turned down an $81.15 million bond issue that would have built a new school for eighth and ninth graders, among other improvements.

Here are the results in more detail:

Requested: Authorization to override the Headlee Amendment and restore full funding of the state-authorized rate of 18 mills, plus create a buffer against another likely Headlee reduction, for maintaining day-to-day operations, security enhancements, instructional materials and programming.

Voters agreed to restore the full tax rate on non-homestead properties Tuesday, a big victory for the district, which was facing a potential loss of hundreds of thousands of dollars due to a reduction on the levy.

Approval also adds a buffer of 1.43 mills to the rate for the year 2020 in preparation for another rollback. The levy is on non-principal residences, such as industrial, commercial, business, rental and vacation properties, and does not apply to a typical homeowner with just a primary residence.

“I want to thank the community for their support in restoring the millage rate,” said Superintendent Dedrick Martin. “This passage stops what would have been three consecutive years of lost revenue and saved the district from losing another $329,000 next school year.”

Voters last year turned down a request to restore the rate to 18 mills. It had been reduced to 17.8452 mills by legislation called the Headlee Amendment, which requires a millage reduction when annual growth on existing property is greater than the rate of inflation.

In addition to the upkeep of day-to-day operations, the district will continue to use the approved funding for security enhancements, updated instructional materials and programs.

“We have started to reinvest in the learning environment and make improvements for safety,” Martin said. “This passage allows us to continue these investments and avoid making cuts to programming.”

Unlike last year, the district did not face organized opposition to this year’s proposal. “I believe that with the help of key members of our community we did a much better job of communicating the facts,” Martin said. “There was a lot of misinformation the first time around.

“Caledonia Community Schools has a proven track record of success inside and outside of the classroom and with that in mind, it has never been more important to continue to invest in the performance, safety and programming for our students.”

Requested: An $81.15 million bond issue over 18 years for a new school for eighth and ninth graders, additional space at elementary buildings and upgraded technology and building improvements.

The bond proposal was developed as part of a long-term master plan, and would have included a new building, a renovated elementary and re-purposing of other schools. The proposal would have increased the tax rate by approximately 0.90 mills, costing the owner of a home valued at $100,000 an estimated $45 per year.

“On behalf of the Board of Education, we want to extend a heartfelt thank you to our families and neighbors who voted in this election,” said Superintendent Scott Smith. “We will review the data gathered throughout the election cycle and set a course of action moving forward.

“Our top priority is to provide all of our students an educational experience that allows them to thrive. Facilities play a critical role in shaping our students’ school experience. The next stage of this important work begins now.”

He said the Board of Education would begin to discuss what steps to take next at their work session on Nov. 25.

“It is our job to listen to our community, envision a vibrant future, and develop a new plan that best meets the academic, emotional and social needs of our current and next generation of students,” Smith said.

Proposal 1: A $94 million bond was requested for district growth and new programming needs.

Proposal 2: A $29.4 million proposal addressed the district’s aging pool facilities by requesting a new, separate pool for the school and community.

‘Overall, this is truly great news. We’re very excited moving forward and this (vote) is feedback that we will take with us.’

The approved bond proposal includes $57 million for a new seventh and eighth grade building to be constructed near the high school, as well as programming needs and infrastructure improvements.

“We’re really grateful for the support our community has for education and for our kids,” said Superintendent Roger Bearup. “The community has shown support in the past, and continues to do so now.”

The debt levy will increase by 1.8 mills from 3.20 mills to 5.05 mills after this election. “We understand that this is a tax increase for voters and for them to approve this, we are very lucky,” Bearup said. “That doesn’t happen everywhere.”

Now that the proposal has passed, the priority is installing air conditioning in all buildings and meeting with contractors to begin the bidding process for the new school building.

“Though we might not have air conditioning in all our buildings this upcoming fall, our goal is to have that part of the project completed by the following school year,” Bearup said.

Though the results for the second proposal, which included a new community pool, were disappointing, they were a reflection of the community, Bearup said.

“It’s easy to say that we were so close, but this is our community speaking and we will do everything we can to keep our facilities functioning and up to our standards,” he said. “We will get feedback on this issue and continue to look at the needs of our kids.”

Bearup also plans to engage the community through surveys and forums about community needs moving forward, he said. “Overall, this is truly great news,” Bearup said. “We’re very excited moving forward and this (vote) is feedback that we will take with us.”

Superintendent Mike Weiler credits a “very supportive community” for the approximately 62 percent yes vote that came from voters in four counties. He said district parent voters were likely the key.

“We had really targeted them as being the key to a successful vote and they turned out in pretty big numbers,” he said. “I think the vision and direction set by our board of education in the planning and organization for this vote over the past two years was another key factor in our success.”

This was the first time in 18 years that the district asked for a millage, citing critical needs for updating safety and technology and repairing aging facilities and outdated science classrooms.

Requested: A 10-year renewal of the existing sinking fund to generate approximately $640,000 annually, for general repairs.

With a similar request failing last May, officials stepped up efforts to inform the community about sinking funds, which allow the district to collect revenue into a savings account for unexpected facility needs and repairs. The renewal will allow the district to continue collecting the funds, but had the measure failed again, sinking fund dollars would have ended at the close of 2019.

“We are very thankful for the community support we have had for our bonds and sinking fund for the last 20 years, and for this renewal,” said Superintendent Pete Bush. “Our community consistently has supported our kids and schools, and this vote will enable us to maintain our facilities at a very high level for the next decade, while also continuing to offer high quality programs. It is a good day to be a Sparta Spartan.”

Under the bond, the district plans to add a new learning center, elementary classrooms and expand cafeterias. The bond also addresses improvements in infrastructure from new roofs to parking lot paving.

The $42.8-million proposal will extend the current bond further into the future, but will not raise the current bill to taxpayers.

“I want to personally thank our community for once again being so supportive of TK Schools and approving our bond,” said Superintendent Rob Blitchok.

The district’s first priority will be the additional classrooms at the elementary buildings with construction starting next spring. Staff will work with the Board of Education, a construction committee, architecture and construction management firms, to plan and design all components of the plan.

“We are excited about the projects and ready to start working on construction details and plans, requesting bids and beginning work,” Blitchok said.

It will take about six years for all the projects to be completed, he explained. “We invite all community members to continue visiting our website and following our social media sites for updates on projects and timelines.”

‘Whatever it takes’ to make a positive impact