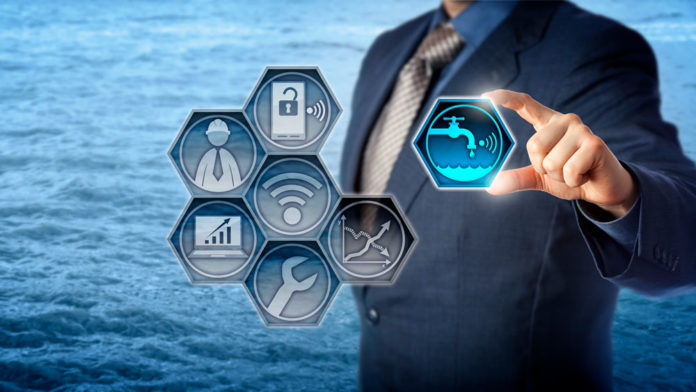 GRCC is playing a role in developing skilled workers in the areas of lead abatement, green infrastructure and water testing.

“The workforce is aging and we need new people in the pipeline,” said Julie Parks, executive director for GRCC Workforce Training. “There are big opportunities for people if they want to change their careers or if they are looking to start their careers. GRCC will continue to be responsive to what the community needs for the future.”

GRCC will offer the training program, funded by a $150,000 grant from JPMorgan Chase, beginning in January. Representatives from GRCC, the cities of Kentwood and Grand Rapids and American Public Works Association Michigan Chapter will lead training.

Training will include the repair and maintenance of municipal water and wastewater systems, pipe and green infrastructure, water testing, hazardous materials removal and safety certifications. Cost is just $25 per certification and GRCC plans to train a minimum of 60 people.

“The whole public works community across the nation is really going to be hurting for workers,” she said, noting that while the jobs may not be the most glamorous they are vital.

Pay varies for jobs in the fields. Lead abatement pays about $20 an hour and green infrastructure from $16 to 18 an hour, Parks said.

“There are over 300 homes in Grand Rapids that need to have lead removed,” Parks said.

The Grand River restoration project is in its beginning stages, she said, but needs could include relocating natural habitats and water testing.

An employer advisory team is helping GRCC develop a curriculum, which will incorporate national credentials for stormwater and green infrastructure training. Neighborhood and nonprofit groups such as the Urban League of Greater Grand Rapids and the Hispanic Center of Western Michigan will help connect unemployed or underemployed residents to the program.

“We would like to diversify the workforce to reflect the demographics of the city,” Parks said.

Those interested in learning more should email workforcetraining@grcc.edu, or call 616-234-3800.