When Allison Martin meets online with her preschool students she has a helper by her side – her 3-year-old son Henry.

It’s almost like having one of her students with her, said Martin who teaches a morning and afternoon class of 3- to 5-year-old early childhood special education students at Greenridge Elementary.

She demonstrates for parents how to work with their own children, completing activities and worksheets. Henry makes things interesting, often making funny faces into the camera.

“It’s easy to model an activity when you actually have someone to teach,” Martin said.

Making It Fun and Flexible

Henry serves as an example for parents in another way too. He lets his mom know when to take a break or try something different.

“If he says ‘no,’ how many other kids are saying ‘no’? If a child doesn’t want to do an activity as presented, (parents can) modify and show it in a different way,” Martin said. “There are other ways to engage their child even if not like you originally intended.”

Think of all the lessons possible with the letter E, for example. Students can practice making the sound an E makes. They can trace the lines of the letter on a worksheet or color it. They can put stickers at the top and bottom of the paper. The ideas keep coming.

To best reach her students, Martin created learning videos on YouTube. She also records herself reading stories and posts them on a closed Facebook group.

For preschoolers, virtual school is happening in small doses. The district has advised that parents work with students 20 minutes to one hour per day. Mary Willacker, a preschool teacher for 4-year olds, suggests breaking up the lesson when students get frustrated.

“Don’t think you have to do it that particular day or hour. Don’t make them if it’s a bad day,” Willaker said.

Different methods can accomplish the same goals. Write in pudding or sand. Make sure there is lots of movement involved, Willacker said.

Lead preschool teacher Barb Pilichowski’s students — one class of 3-year-olds and one of 4-year-olds — meet on Zoom once a week. They’ve met for a singalong, show and tell, and storytime, and even had a scavenger hunt and dressed like a superhero for Spirit Week.

Pilichowski also records herself reading a story for the class Facebook page and demonstrates how to complete learning packet pages provided by the school, which include activities like identifying rhyming words with smiley faces. Often parents will take photos of their child’s work to post on Facebook so Pilichowski can comment and offer praise.

“Parents are starting to get into the swing of things and posting those pictures,” Pilichowski said.

Along with posting for storytime four nights a week, Willacker also conducts a 20-minute lesson on Tuesdays and meets with her preschoolers on Wednesdays by Zoom. Tracey Sack, a paraprofessional in Willacker’s classroom, offered science lessons on the Zoom calls, including one on the life cycle of a frog and a planting lesson showing the new plants that are growing in her yard.

A Silver Lining to At-home Learning

Although the early school closing has been a shock and hardship, there has been an upside, the teachers said.

“All of this has been unfortunate for our kids as learners, but it’s helped us become better in our practices,” said Jodi LaFeldt, preschool and special education director for Comstock Park Public Schools. She praised the early childhood team. “Some of the things we’re doing to engage families right now will continue forward even when we go back.”

Martin said most of her students rode the bus to school and she didn’t talk to parents on a regular basis. “I think it has forced us to communicate more with our families, which is a positive.” 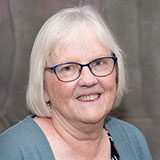