Administrators ‘waiting to exhale’ as they eye state funding 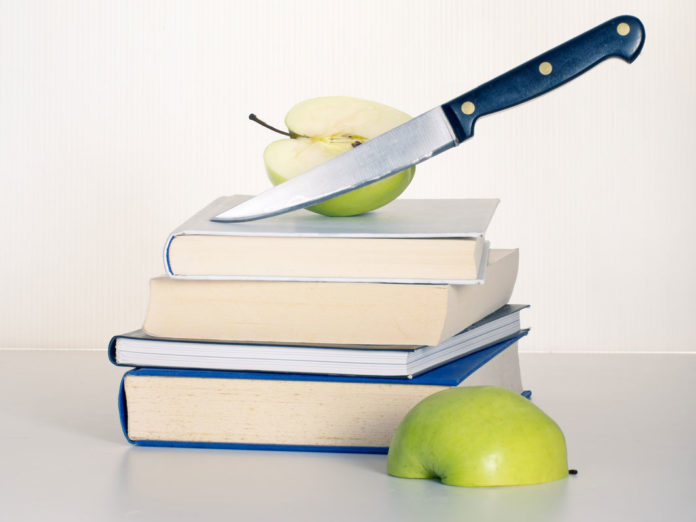 Though huge budget holes projected in May did not materialize, administrators are keeping their eyes on the very fluid situation of what impacts the pandemic will have on school finances over time.

State legislators approved a flat per-pupil foundation grant and a one-time increase of $65 per pupil for K-12 schools last month following several tumultuous months of uncertainty about the economy and its financial implications for schools.

“I think all of us school districts breathed a sigh of relief a little bit when we looked at where we were (in May) to where we are now,” said Mike Cuneo, assistant superintendent of finance for Rockford Public Schools.

Cuneo added that the district had been ready to cut about $4 million. “There were a lot of different scenarios that were out there, and none of them were good.”

In May, superintendents were bracing themselves for cuts as big as $700 per pupil,  dwarfing those experienced in the Great Recession. But as signed Sept. 30 by Gov. Whitmer, districts will continue to receive their foundation allotments at 2019-2020 levels of $8,111 to $8,529 per student. (217 Michigan districts receive the $8,111 minimum foundation grant.) The $65 per-pupil increase is a separate allotment.

The state budget also includes hazard pay in the amounts of $500 for teachers and $250 for support staff. At-risk, special education and the state-funded preschool program Great Start Readiness Program will stay at current funding levels.

But between the unpredictability of the virus and an uncertain economic recovery, “I can’t fully exhale,” Cuneo said. “You take it one year at a time. With the volatility of the virus, you’re not fully relaxed in terms of what the future’s going to bring.”

Forecast: Sunnier with Some Clouds

The state’s forecast for school funding completely changed from May to August, as actual economic numbers were not as dire as expected. Two months into the pandemic, officials at a Michigan Consensus Revenue Estimating Conference — where officials from the Michigan Treasury Department, Senate Fiscal Agency and House Fiscal Agency confer on revenue projections to be used by lawmakers in budgeting– projected a $1.1 billion shortfall for the Michigan School Aid Fund.

Those numbers were revised in August — though still down $211.1 million from pre-pandemic estimates in January — with officials returning $1 billion to revenue estimates for the School Aid Fund and giving districts a much better budget outlook.

“Those were alarming numbers,” said Kent ISD Assistant Superintendent of Administrative Services Kevin Philipps, of the May estimates. Concerns were not just for the 2020-2021 budget, but for the school year ending 2019-2020, as well. A mid-year pro-ration can mean districts must make cuts in order to cover funds already spent.

Districts have also been forced to consider the increased expense of safety protocols and other pandemic-related needs. Those costs, estimated at $400 to $500 per student, are coming from five different pools of money including the two largest, the Elementary & Secondary School Relief Fund ($350 million statewide, allocated according to the Title I funding formula) and the Coronavirus Relief Fund (CARES Act) ($350 per student).

May estimates were off because people didn’t slow spending as much as expected and the real estate market remained hot due to historically low mortgage rates, Philipps said. Federal relief funds and an increase in federal money for unemployment benefits helped stave off worst-case economic scenarios.

Many unknowns still remain as the pandemic continues to rage nationally. “This is a once-in-a-hundred-year situation here,” Philipps said. Upcoming school enrollment numbers could impact budgets since state funding is earmarked per pupil.

However, legislation passed in August as part of a deal on return-to-school bills, gives districts some reprieve when it comes to this year’s enrollment numbers.  Normally, the fall student count determines 90% and the prior spring’s count weighted at 10% to determine per-pupil allocation. The legislation changed that blend to 75% from last year’s count and 25% based on this upcoming year.

Stormy signs also include a still shaky economy with high unemployment and dragging negotiations on a second stimulus check for Americans.

“Clearly it has made the year much more comfortable to deal with,” Lewis said. “It was shaping up to be a year when we were going to have to dip into our fund balance significantly.”

Wyoming administrators had planned to use $1 million from its fund balance — or savings fund — to cover a potential budget hole. Still, about 45 percent of the district’s students have opted for virtual instruction and enrollment is down about 150 students, perhaps due to families opting for non-district virtual programs.

“Next fall is my big concern from a budgeting standpoint,” Lewis said. “We want those families to come back.”

In East Grand Rapids Public Schools, where administrators had also planned to dip into budget reserves to cover a projected $1.88 million loss in state aid, there’s no clear sense of smooth sailing ahead.

“While the improvement in the budget circumstances in Lansing is a welcome surprise from May, the district is still evaluating next steps,” said Anthony Morey, EGR Schools assistant superintendent of finance and operations. “There are many unknowns related to revenues and expenses over the next 10 months of the fiscal year so we are proceeding with an abundance of caution.”

While stressing how much uncertainty and instability lie ahead, John Helmholdt, spokesman for Grand Rapids Public Schools, said he is “cautiously optimistic” based on the latest state figures that district finances will improve.

The GRPS Board of Education in June approved $10.6 million in cuts, including a reduction of 111 positions, 31 teachers among them. That budget remains in place for now, and is not likely to be amended until after the first of the year, Helmholdt said.

“We are relieved that the budget targets maintain per-pupil foundation dollars at the 2019-2020 level and do not reflect the deep funding cuts projected in the spring revenue conference,” he said. “Unfortunately, we are still reeling from the $650 per-pupil budget cuts spread between the 19-20 and 20-21 school years and the uncertainty of future state and federal funding. … We need Congress to take action to provide additional relief with maximum flexibility.”

Districts Know Change is the Constant

Godfrey-Lee Public Schools Superintendent Kevin Polston said finances are still not where they need to be. Michigan has had the lowest growth in the country for education funding  over the past 25 years. “So while flat funding is ‘good news,’ we still have increased costs associated with inflationary increases that will absorb a bigger portion of the budget,” he said.

There’s always some uncertainty in forecasting for school budgets. The deadline for districts to approve their budgets is June 30, though the state’s is Oct. 1. In planning ahead, Godfrey-Lee laid off more than 50 employees.

“We have been bringing them back as we gained more certainty with the budget and the needs for our current reality,” Polston said.

The smallest and lowest-income district in Kent County, half of Godfrey-Lee’s 1,800 students opted to stay online. The district has also created new positions to fill those students’ learning needs. “We have to align our resources to our needs, and currently 50% of our students are learning virtually. It’s a very different reality than we had prior to March 13, 2020,” Polston said.

He wants to be prepared for any circumstance.

“The one constant through this pandemic has been change,” he said. “We are constantly re-assessing based on current conditions, which seem to change by the week. We want to have the resources necessary to quickly deploy if necessary.”

In Rockford, the state funding restoration means the district can maintain its 2019-20 budget of around $85 million, Cuneo said. It’s enabled them to add eight teachers, after initially cutting four through attrition, in order to cover both virtual and classroom instruction. However, two programs were cut including high school Japanese, he said.

That said, major challenges remain. Those include the ongoing need for PPE and cleaning supplies, for which the district has paid more than $600,000 since June. Further, Cuneo expects enrollment will be down more than 200 students come fall count day on Oct. 7. Even with the more forgiving per-pupil funding formula, that’s a loss of about $500,000.

“We’re still building the airplane as we fly it,” he said. “But this restoration of the reduction will help put us in a better financial position to weather the storm going forward.”

Have fun, learn a lot and don’t eat the paste