Class of 2021 has ‘test-optional’ choice when applying for college 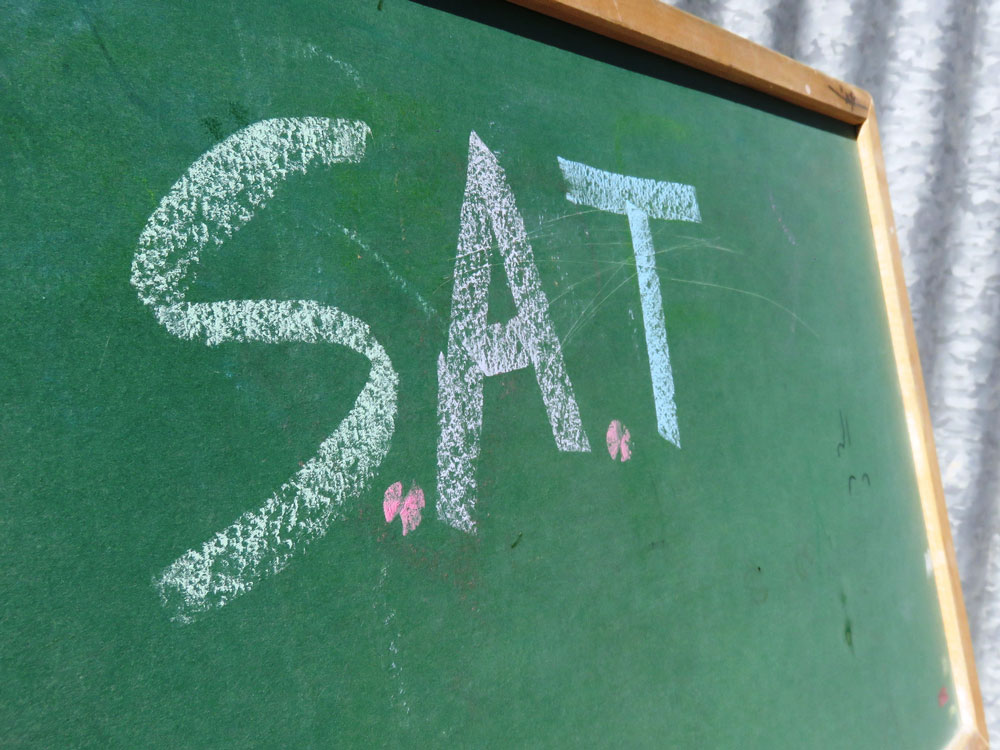 Wyoming High School senior Andy Vo has a pretty good idea of where he plans to apply to college to pursue a business administration degree. The University of Michigan tops his list, which also includes several other in-state and Ivy League schools.

Andy, however, is waiting a bit before submitting his applications and wants to find the best college for him based on several factors. He finally took the SAT test in mid-October, six months after originally planned, due to delays caused by the pandemic. What he does with the score as far as applying to college, though, depends on the result, he said.

Administered by the College Board and ACT, inc., SAT and ACT tests are typically required by most colleges and universities to make admissions decisions. However, most institutions are dropping the requirement for the class of 2021, meaning students can secure admission without the scores. (Here’s a list of test-optional schools, which includes U of M, Michigan State and other Michigan colleges and universities.)

‘That option to not take (the SAT) was tempting because I was like, if I don’t have to, why even take the risk?’

If Andy scores high on his SAT — a likely outcome since his scores on the PSAT, the preliminary test to the SAT taken by ninth- through 11th-graders, have been above the 90 percentile range — he said he will include the score in applications. He also has a 4.18 GPA and list of extracurricular activities to fall back on.

“I feel like I have a pretty good shot at getting a good SAT score,” he said, “but at the same time I do feel like this year with all the COVID stuff happening, standardized testing isn’t one of my priorities.”

Pros and Cons of Test-optional Admissions

Katrina Young, Wyoming High School’s student advocate for college access, said giving students the option to apply using just their GPA is a positive for those who may have excellent grades but aren’t stellar test takers.

The flipside, however, is that scores are still required for students to be considered for many scholarships. Young stressed that fact with students who considered not taking the test. (Normally in Michigan, all seniors are required to take the SAT, regardless of post-high school plans, as part of the Michigan Merit Examination.) Only about half of the students in the Wyoming High School Class of 2021 took the test, however, since it was optional this year because of the pandemic.

“That option to not take it was tempting because I was like, if I don’t have to, why even take the risk?” explained Andy, noting that he asked his English teacher for advice. “She kind of framed it in a way, take it, see what you get, if it’s good then use it to your advantage but, if not, you don’t have to put that on your application. I thought ‘OK, why not do that standardized testing thing one more time?’”

There’s also the option to apply without the score and add it later. Deadlines are more flexible for submitting results this year. At GVSU, updated credentials will be accepted until July 31, 2021 for scholarship consideration, allowing students to test or retest if they desire.

“The ability to apply for admissions without having to present an ACT or SAT score eliminates a potential barrier for students,” said Jodi Chycinski, associate vice president and director of admissions at GVSU.

To Submit or Not to Submit

“There have been a lot of pros and cons conversations, along the lines of ‘What if I take it and it’s not quite the score I want but still decent, should I still submit it?’ ” he said. “Definitely, the students going for more selective colleges, they have the sense that even though the test is optional, it might look better to take it and have the test score, just an added piece of evidence.”

Blink said students who are looking at selective colleges already had their eye on the test score of the typical student admitted to that college, “so they wanted to have that chance. They prepared for it and would still like the opportunity.”

‘Not having one-on-one time with teachers and counselors has created problems for students.’

With his school starting with a hybrid schedule at the beginning of the school year, Blink said there were concerns from both students and parents about taking the test, even with the understanding that more colleges and universities were switching to test-optional.

“Some, as prepared as they were, felt their preparation would have been even better if they had been in school all the time right from the beginning,” he said. “But overall, it seems most are a little bit happier that if they aren’t happy with their test score, they don’t have to submit it.”

He mentioned that for one student in his office that morning, “it was a huge load off. She thinks her grades and the essay are a much better way to present herself.”

Along with the SAT delays, City High Middle School senior Gabriel Perez said the college application process has been challenging “due to reasons out of our control.”

Since all GRPS schools have met virtually since the start of the fall semester, he said, “Not being in school, and not having in-person guidance has made our experience very difficult.”

Gabriel, who is looking at a career path in the medical field or environmental science, is a QuestBridge finalist. The California-based nonprofit connects students from lower-income backgrounds with leading colleges and universities.

He is now applying to 10 QuestBridge partners, including Ivy Leaguers Brown, Princeton, Dartmouth, Yale and Columbia universities as well as Stanford, Penn, Boston College, Colgate and Tufts. He took the SAT Oct. 27 and has been applying to colleges without his results, since he hasn’t received them yet.

He said COVID-19 has definitely impacted his college application process and that of other seniors he knows, too.

“Not having one-on-one time with teachers and counselors has created problems for students,” Gabriel said. “It also has created a larger need for economic stability, and I have needed to work a lot more than before in the school year. I took the SAT once and hoped to take it again but had to work every time there was a test scheduled.”

He is grateful though that schools have made many modifications when it comes to testing and, he said, “allowed us to speak on how COVID has impacted our lives.”

At Wyoming High, Andy said he sees the importance of more flexibility in the process for his graduating class.

“I just hope the application this year is as inclusive as possible for people who might not want to have those scores put in, maybe because they feel like they didn’t have the right resources to prepare for it.”

Andy said he thinks colleges should care about much more than just test scores anyway, and he gives his peers advice to take the opportunity to show colleges who they are. That’s what he plans to do.

“I am really going to focus on giving them a taste of who I am as a person. I do feel like that’s a big opportunity this year,” he said. He plans on doing so through essays and college admissions interviews.

“This year, colleges are definitely going to have a harder time admitting students, because they’re going to be more holistic in their approach.”

Phil de Haan and Morgan Jarema contributed to this story