State still pushing for federal waiver of M-STEP this spring 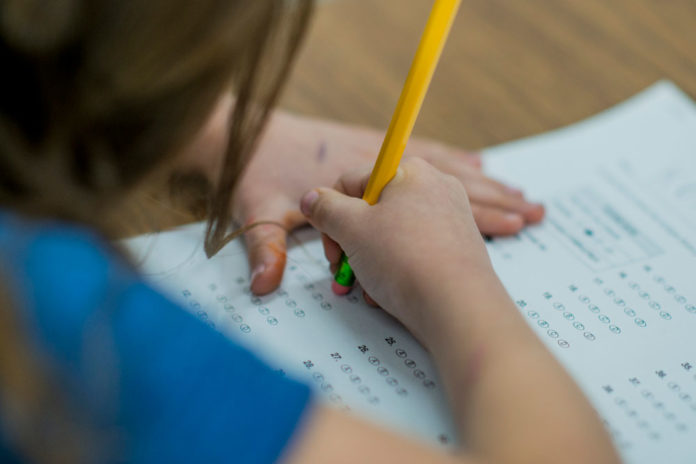 Michigan’s request to the federal government to waive the M-STEP standardized tests this spring is still on the table this week, after a letter from the U.S. Department of Education to all state superintendents appeared to leave some room for flexibility on the issue.

But, in the words of a Michigan Department of Education press release: “This is the beginning of a new part of the process that could take some time.”

In a Feb. 22 letter from the U.S. Department of Education (USED), Ian Rosenblum, an acting assistant secretary, wrote: “(I)t is clear that the pandemic requires significant flexibility for the 2020-2021 school year so that states can respond to the unique circumstances they are facing; keep students, staff, and their families safe; and maintain their immediate focus on supporting students’ social, emotional, and academic development.”

Michael Rice, Michigan’s state superintendent, said he fully agrees that flexibility is needed and that Michigan should proceed differently in 2021 when it comes to standardized tests because of the circumstances COVID-19 has created for school districts.

“I appreciate that, during the pandemic, the U.S. Department of Education has recognized the need for a number of flexibilities, including school identification, accountability, and participation rate,” he said in an MDE press release issued soon after Rosenblum’s letter.

Benchmark Assessments Instead of the M-STEPs?

Those state-required benchmark assessments include tests that school districts already give on a regular basis, with one of the most common in Kent County being the Measures of Academic Progress (MAP) from the nonprofit Northwest Evaluation Association.

For example, in Kelloggsville Public Schools all K-8 students were given the MAPs in September and will be tested again in May. The online tests provide immediate results, allowing schools to identify students who are struggling and areas of weakness in the curriculum, said Jeff Owen, Kelloggsville’s director of instruction.

Rosenblum’s communication from USED this week did not necessarily open the door to an approach that would substitute existing benchmark testing for statewide assessments like the M-STEP. But while “not inviting blanket waivers of assessments,” he did advise states to consider possibilities around testing, including:

That last option, he said, could even include extending the testing window into the summer or the start of the 2021-2022 school year.

Rosenblum also invited states to request a waiver for the 2020-2021 school year of the accountability and school identification requirements in the Elementary and Secondary Education Act of 1965 (ESEA). A state receiving this waiver, he wrote, would not be required to implement and report the results of its accountability system, including calculating progress toward academic goals and measurements.

In its follow-up press release on Feb. 24, MDE acknowledged that its read of the Rosenblum letter was that the federal department is “open to considerations on the accountability side and a little less open on the assessment side.”

MDE spokesman William DiSessa told School News Network that MDE still has on the table its late-January request with the federal Education Department to waive the state assessments for the current school year and to use the locally administered benchmark assessments in their place.

“The existing waiver request is what we will be discussing with USED,” he noted.

That request came in a Jan. 25 letter from Rice to the federal government and asked that standardized testing, including the M-STEP, be waived this spring because of the pandemic, just as it was in spring 2020 when COVID first shut down schools statewide.

Sunil Joy, a research data analyst for Kent ISD, said that the back-and-forth around the M-STEPs is not unexpected.

In prior reporting for SNN, he has written about the real repercussions the MSTEPs have both for schools and students.

“The state uses the M-STEP as one of the primary sources for identifying and intervening in schools that are underperforming or failing,” he said. “Current state law also requires that teachers receive annual performance evaluations, which in part must be based on their students’ state assessment data.”

Students in grades 3-8 take the M-STEPs and students in grade 11 take the Michigan Merit Exam each April and May as the state’s federally mandated assessment for public school students.The M-STEPs evaluate performance in English Language Arts and Mathematics, along with Science and Social Studies in select grades.

The assessments have both fans and doubters, and as a result, Rice’s Jan. 25 request to not administer them in 2021 was met with both cheering and criticism.

DiSessa noted that MDE is prepared to administer the state assessments in the event MDE’s request for a federal waiver is not approved.

SNN backgrounders on the M-STEP:

An SNN Primer on the M-STEP

Stress test: Students speak their mind on the M-STEP

The NAEP and M-STEP: where hope goes to die

Hunting for clues to crimes in nature