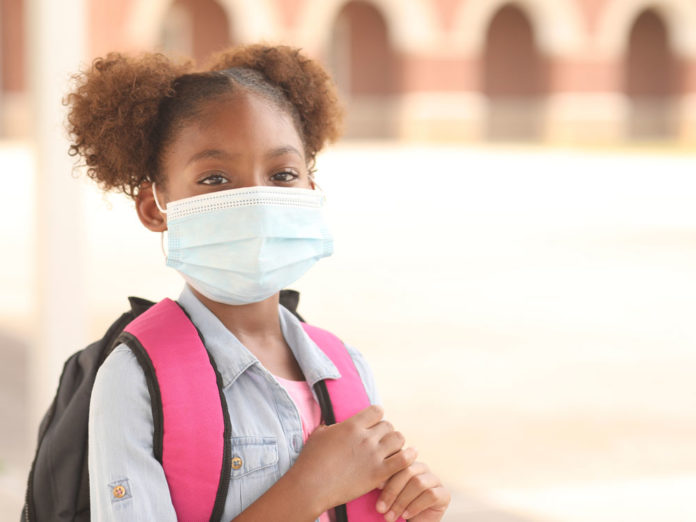 Editor’s note: GRPS decided on March 31 to delay the changes outlined in the story below from April 12 to April 19. They did so based on the increased number of cases of COVID-19 in Kent County and the upcoming spring break, both of which led the Kent County Health Department to advise school districts to implement additional mitigation strategies during the week immediately following spring break. All GRPS students in hybrid in-person in grades K through 8 will maintain their current schedule for the week of April 12. All students in virtual instruction and hybrid in-person preschool, ECSE, and grades 9-12 will maintain their current schedules as well.

Grand Rapids — Students in Grand Rapids Public Schools in grades K-8 who were learning under a hybrid model that saw them in class just two days a week will have the choice to change to four days a week in person or switch to 100 percent virtual starting April 12.

The Grand Rapids Board of Education approved the change in a 9-0 vote at its March 22 meeting in response to a memo of recommendation from Superintendent Leadriane Roby.

The revised plan reflects an absence of in-school virus transmissions since the district went from all-virtual to a hybrid in-person plan in January as well as the need to stem learning loss and support student mental health, Roby said. However, the district teachers’ union opposed the change over safety concerns brought on by the doubling of students in classrooms.

In the new configuration, students who were in cohort A (in class on Mondays and Tuesdays) will merge with those in cohort B (Thursdays and Fridays) to form the new group of four-days-a-week, in-person students. Wednesdays will continue to be an asynchronous online learning day for all students and staff.

All students currently attending 100 percent virtual will remain in that mode, though exceptions may be made for extenuating circumstances, subject to the approval of the principal and executive director.

Roby told the board that due to “staffing and logistical issues,” the district would not be able to offer the current hybrid option with two days of in-person learning while also expanding to four days. Those parents who do not want four days of in-person instruction for their children will need to move them to completely virtual.

She added that in the new, expanded hybrid model, the goal is to have students remain with their teachers and support staff.

“While there may be some extenuating circumstances that may require teacher or support staff changes, we expect these changes will be limited,” she said.

The change does not apply to students in grades 9-12, preschool or Early Childhood Education, who will remain in either the two-days-per-week in-person hybrid or 100 percent virtual modes.

As a result of the merger of the two K-8 cohorts, district classrooms serving those students will be reconfigured for at least three feet of social distancing, in accordance with new guidelines from the Centers for Disease Control and Kent County Health Department. GRPS also will make additional ventilation adjustments and/or install additional portable bipolarization ventilation units as necessary on a classroom-by-classroom basis.

Though the board’s approval was unanimous, the Grand Rapids Education Association, which represents over 1,500 teachers and other GRPS professionals, formally opposed the change.

In a statement, the executive board of GREA said that while eager to work with GRPS students in a more traditional format, it had concerns about several aspects of the proposed plan, especially pertaining to the doubling of the number of students receiving in-person instruction each day.

‘Our students, like many students across the country, are experiencing mental health concerns at increased rates.’

One of the union’s main issues is ventilation, which the executive board maintained is not safe for the increased class sizes that will result when hybrid cohorts are combined. The GREA also raised concerns about high-exhalation classes such as music, a recent spike in West Michigan COVID positivity rates, many students and families not having access to vaccines, and educational inequities it perceives in the plan.

“The District’s new plan will expose our students and their families to increased risk and anxiety and the potential for disruptions to learning,” the statement asserted. “Until the above issues are resolved safely and equitably, and the data demonstrate that we are able to fully combine cohorts … the Grand Rapids Education Association cannot support the plan.”

In addition to the changes for K-8 students, virtual students in grades 6-8 at comprehensive middle schools now will have expanded synchronous learning time where they will see each of their teachers every class period Monday, Tuesday, Thursday and Friday. Virtual students in K-5 and K-8 schools will not see any changes to their schedules.

Since GRPS has several schools with different grade configurations (6-12, 7-12, PK-12), there was some initial confusion about how the in-person expansion would apply to those schools. But in a follow-up communication to parents, Roby noted that the expansion is for all students in K-8 and applies to all schools regardless of their grade level configuration.

The district also is seeking additional guidance from the Kent County Health Department on potential high school expansion and will bring any further recommendations to the board for a vote as early as April 12.

In her memo to the board, Roby referenced a recent examination of district data to determine if returning to hybrid learning in January caused an outbreak of COVID-19 cases in schools.

“We found that the district has not experienced outbreaks causing classrooms or buildings to close,” she wrote. “In fact, since students returned in January, we have had only one case that contact tracing determined may have resulted from in-school transmission.”

Following the guidance of local public health officials on every aspect of the district’s prior reopening plans has allowed GRPS to be “extremely successful in preventing the spread of COVID-19 in our buildings,” Roby noted.

Consultation with local health officials was also part of this next expansion, Roby told the board. As a result, the district felt confident that it is safe to provide additional in-person instruction to its students in 2020-21 and, Roby said, “stem some of the learning loss that has occurred.”

The mental health of the district’s students was front and center in the recent recommendation, Roby told the board.

“Our students, like many students across the country, are experiencing mental health concerns at increased rates,” she said. “This may be attributed to the isolation and lack of social interaction over this last year.

“We have avoided spreading the virus in our schools for two months. Now we need to take another step to address the growing mental health needs of our students, bring them back together to learn in-person, while continuing to implement the same mitigation measures to ensure their physical safety.”