GRPS to ask for operating millage buffer in August 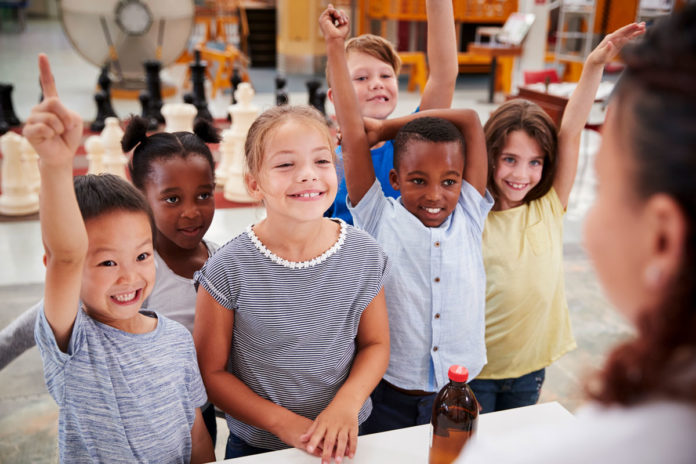 Grand Rapids — Come Aug. 3, Grand Rapids Public Schools will be asking voters to consider a non-homestead millage proposal of up to 23 mills for a period of seven years, to protect against what the district fears will be a likely Headlee rollback amid the city’s rising property values.

The resolution was approved unanimously at the Monday, May 3 Board of Education meeting, to submit to the City Clerk’s office prior to a May 11 deadline.

A GRPS press release called the non-homestead millage “one of the most misunderstood ballot proposals that voters in school districts across Michigan are frequently asked to consider.”

But though misunderstood, in GRPS the millage generates $30 million, or about 15% of the district’s total operating budget. That money goes directly to such foundational items as teaching, textbooks, technology, classrooms and more, the district says.

That’s why the district is planning an all-out informational campaign between now and August about its request, known as a Headlee Override, said Superintendent Leadriane Roby.

“One of the main reasons why non-homestead millage proposals fail is simply the lack of understanding and information, especially about the Headlee rollback, the 18-mill cap and why the millage request is more than 18 mills even though we legally cannot levy more than 18 mills,” Roby said. “So, we will be conducting an informational campaign to raise awareness about the non-homestead millage.”

A non-homestead millage does not tax homeowners, but rather is a property tax only assessed on commercial, industrial and other non-homestead properties such as rental properties.

How Headlee Can Lead to Rollbacks

State law specifically limits the maximum levy to no more than 18 mills. But where things get complicated, and misunderstood, is via a 1978 amendment to the Michigan Constitution known as the Headlee Amendment. It states that non-homestead millages can be rolled back in the right economic circumstances – primarily rising property values and low inflation rates. If a district’s property values increase over the inflation rate the 18 mills are rolled back so as to not exceed inflation.

“Historically, GRPS had not had significant Headlee rollbacks year-over-year, if any,” said district spokesperson John Helmholdt.

But in Grand Rapids, where taxable values have increased 4.5-6% annually in recent years, GRPS fears there is potential for rollbacks of .20 to .25 mills a year for the foreseeable future.

That’s why the district is asking for a buffer of 5 mills over and above the 18 mills allowed by state law. It will only use that buffer in the event of Headlee rollbacks, taking all or a portion of the additional 5 mills to maintain the levy at the capped 18-mill rate.

In its press release, GRPS noted that the August proposal is not a new tax but is already being levied and has been repeatedly approved by voters. More than 71 percent of district voters approved the last non-homestead millage proposal in November 2017.

‘One of the main reasons why non-homestead millage proposals fail is simply the lack of understanding and information.’

At that time, the approval was for 10 years and was for an authorized millage rate of 19 mills, something the district at the time believed would be sufficient to protect against any Headlee rollbacks. But that additional 1-mill buffer in the district’s authorized millage rate has been eroded much quicker than what was anticipated, Helmholdt said.

“Although 2021 assessment information is not yet complete for all of Kent County, we believe that we could experience a rollback this year that would bring our authorized millage rate below the 18 mills max,” Helmholdt added.

The resulting loss would potentially be as much as $250,000 per year or more.