‘A vivid reminder’ of the need to be prepared

District responds promptly to student with gun in school 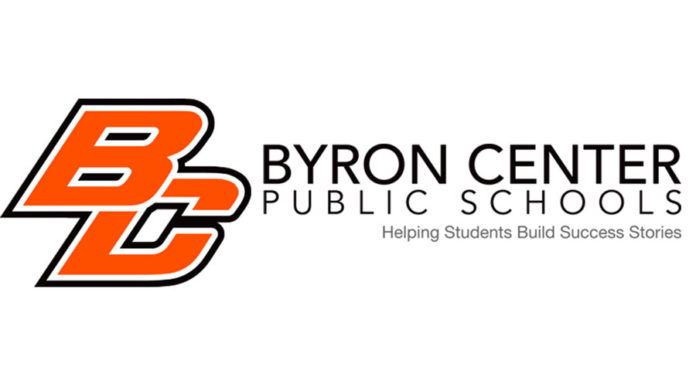 Byron Center — It was a situation educators had long prepared for, but hoped would never occur. Looking back, administrators say there’s a sense of relief that system-wide procedures potentially prevented tragedy.

At 9:50 a.m, during the second hour of the school day on Friday, Oct. 29, a student rushed into School Resource Officer Andy Jonkman’s office and reported that another student had a handgun in his possession. The student assured Jonkman he had seen the loaded gun.

The next few minutes required quick action. Jonkman notified Principal Scott Joseph and the school was immediately put on standby mode, announced on the PA system by office staff and flashing across digital clocks. Teachers followed protocol as they’d trained. All doors locked, curtains down.

‘I have 1,300 kiddos. They are mine. I am responsible for them. If anything happens to any of them it breaks my heart.’

The student was in class, and Jonkman and Assistant Principal Nathan Clophus entered the classroom. Joseph and another staff member remained outside the room.

“Within three minutes our school resource officer was in the classroom and had the student. The handgun was in his backpack. He had the student in his custody and he had possession of the handgun,” said Superintendent Kevin Macina.

“Standby” is the term used for an internal lockdown. Everyone is directed to stay in a secure location or, if in the hallway, move to one. Class continues. It is often used during emergency medical situations.

Standby is different from a full lockdown, which is called when there is an active threat, such as an active shooter on the premises.

“We didn’t have an active shooter. … We had a potential threat but not an active threat. That’s a key piece,” Joseph said. “We were able to secure the individual and students in the class next door didn’t even know what was going on.”

An investigation with the Kent County Sheriff’s Department continues. The student faces mandatory expulsion. Macina and Joseph said they could not comment on details of the investigation.

“The student will be going through appropriate discipline procedures including mandatory recommendation for expulsion following state law,” Macina said.

Students and educators nationwide have become familiar with lockdown and active shooter drills as a way to prepare for the unthinkable.

Jonkman has led staff in active shooter drills and had them practice different scenarios. He regularly updates safety and security protocols. The high school is equipped with interior and exterior security measures to ensure the highest level of safety.

Joseph said the incident shows the importance of all the preparation they do. Even the technology director is constantly involved in keeping the school secure.

“It was a good reminder of the importance of doing the drills,” he said. “Sometimes you think, ‘That will never happen at our school.’ It was an unfortunate reminder, but it allowed us to be able to look back and see what we’ve been training on, how we’ve been training and how we were doing with that. The good news is we really did all the steps we were supposed to.”

Added Macina, “It was such a vivid reminder of what could have been, but because people handled it correctly it went well,” he said.

It’s given the school leaders a sense of perspective.

“When something like this happens, there’s fear that wants to take over,” Joseph said, “but it’s also an opportunity to count our blessings and make sure we are seeing the good and being thankful for where we are right now and how things worked out.

“But, yeah, it’s definitely a situation that makes you think and make sure you are on your game,” he added. “It shows the importance of our roles as educators too. I have 1,300 kiddos here, They are mine. I am responsible for them. If anything happens to them it breaks my heart.”

Communication has been key in terms of response to the incident, they said. They sent updates to staff members, shared information, answered questions and clarified all protocols.

“(Joseph) did a really good job of communicating with families. We sent out multiple communications to the families, letting them know what we can and what is going on,” Macina said.

Counselors were available for all staff and students, including very quickly for those in the classroom where the incident took place. “We’ve also had our teachers looking out for any students that have been struggling, to refer them down to the counseling office,” Joseph said.

A big investment into more staff focused on mental health has proven invaluable, Macina said. The district added more counselors, social workers and school psychologists in response to the pandemic. “I’ve been really proud of us adding those supports,” he added.

‘It was such a vivid reminder of what could have been, but because people handled it correctly it went well.’

The important role of a school resource officer has also hit home, he said. Jonkman is in the position through a partnership with the Kent County Sheriff’s Department and Byron Township.

The administrators give kudos to the student who went to Jonkman about the gun. “We are very proud of how the student reacted in this situation,” Macina said. “It shows you the importance of community and how the students are looking out for what is their high school.”