Sparta — For seventh-graders at Sparta Middle School, English class is anything but boring. Student Adrianna Marvel will readily confirm this.

“I’m never bored in this class,” Adrianna said, quite definitively. She recently completed an assignment that let her design her own society — a project linked to the class’ reading of Lois Lowry’s “The Giver.”

Adrianna’s teacher is Alec Dood. A 2018 graduate of Hope College, he recently was awarded the Michigan Association for Computer Users in Learning’s annual Innovative Teacher award.

Dood, who started at Sparta in 2019, has found creative ways to innovate despite unusual circumstances. He finished his first full year at Sparta online, and his second year was also impacted by remote periods and COVID regulations.

‘It was great to be able to say, ‘OK, let’s take a look at what I already have — let’s not invent something new — and how can I adapt it to teach with technology.’

Over the summer in 2020, Dood joined the school’s technology team to help the school prepare for the second year of pandemic. He helped other teachers find “ways to make sure they’re engaging with their kids through technology while the kids and (they) are not together,” Dood said.

That same summer, he took advantage of a half-off tuition offer for teachers from Central Michigan University to start his master’s degree in learning design and technology — a program which specializes in innovative use of technology.

Innovating as Student and Teacher

“There was a lot of taking what you already have and finding ways to design it for an online platform,” Dood said of the program. “It was great to be able to say, ‘OK, let’s take a look at what I already have — let’s not invent something new — and how can I adapt it to teach with technology.’”

In his capstone course, Dood was challenged to design a unit that could be immediately implemented in his classroom. He designed what he described as “a fully interactive, immersive, comprehensive Google Slides notebook.” Using technology, he said, “you’re meeting learners’ needs through audio, visuals, videos, different interactive features, links to websites …”

His approach works for students like seventh-grader Jillian Seevers.

“He makes [class] really fun,” Jillian said. “Not just write it, get a grade.”

Writing Their Own Stories

For his sixth-graders at Sparta Middle, Dood’s project became an “Interactive Fiction” unit. Students wrote narratives and transformed them into interactive games. Explained Dood, “I wanted to find a way to inspire students to write creatively.”

Sixth-grader Colbee Burns said she enjoyed how creative Dood’s unit design let her be in constructing her setting, characters, and plot. “Usually you have to write a story the teacher picks,” Colbee said.

“It was my favorite [unit],” added Dexter McNaughton.

Dood’s CMU professor, Jennifer Parker, was surprised to learn he designed the whole project, not using a template. When he turned it in, she told him she had never seen a project like it. She also nominated him for the Innovative Teaching award.

‘I’m never bored in this class.’

About a month later, he learned that he won. He appreciated the honor he was given at the MACUL conference in Grand Rapids.

“A lot of things in teaching you don’t get really recognized for,” he said, “so it was really cool just to know that what I am doing is being recognized, is making a difference, is innovative, it’s inspiring — hopefully — more people to be innovative.” 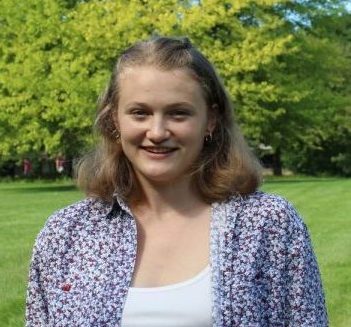