Comstock Park — When the Watch D.O.G.S. come around, the excitement builds among students at Stoney Creek Elementary.

Dave O’Brien, a parent and Watch D.O.G. (Dads of Great Students), said he can see it when he walks through the hallways. High fives and hugs happen frequently when he spends a day at the elementary school, he said. “Students really seem to open up and become more involved.”

Watch D.O.G.S. play word games and math games with students, help out in the lunchroom and playground, read books with students and help with other activities and tasks that teachers request.

There’s “always something fun to do,” O’Brien said.

Principal Tiffany Jackson said Watch D.O.G.S. started at the school four years ago, a program of the National Center for Fathering. Sparta and Godwin Heights also have had programs.

“It really gives dads a purpose and intentionality about their role,” Jackson said. She said having another adult presence cuts down on discipline referrals. In short: kids think twice about misbehaving when the Watch D.O.G.S. are around.

Jackson said some dads come for one day, and some come for multiple days.

“The kids love it. They call them their hero for the day. They really, truly love having a Watch D.O.G.,” she said.

Any dad can sign up for any day for the program that kicked off this year on Oct. 1. This year about 20 dads have participated. Before the pandemic, that number could reach more than 100.

Volunteer dads receive a T-shirt when they come in, and their job is to greet students and spend time in their child’s classroom as well as others. Teachers ask to have them in their classroom, and most have an activity bin for them to do once they arrive, Jackson said.

Local businesses have helped with donations ranging from $50-$200 for T-shirts, doughnuts and pizza for special days, and program kits.

O’Brien, a vice president at Haviland Enterprises in Grand Rapids, said his company allows employees to volunteer for the day without taking paid time off.

“Anytime there is community involvement, we do our best to accommodate,” he said.

Matt Hogg has a flexible schedule as a financial advisor with West Michigan Advisors. The father of two daughters, Zoey, a fourth-grader and Evelyn, a first-grader, became a Watch D.O.G. when Zoey was in kindergarten. He said he typically volunteers two full days a year.

“I like him being in school. He gets to spend time with me in school,” Evelyn said.

Hogg has noticed that kids with no father figure at home enjoy having him around. He said one boy attaches himself and enjoys being read to.

“When you go out on the playground, you are like a celebrity figure,” said Hogg, who likes to come up with games that include everybody. “I enjoy the playground. You get to run around and be a kid again.”

O’Brien and Hogg recommend others get involved.

“It’s a wonderful program. I think any role model who would like to get involved will be pleasantly surprised about how enriching the experience is,” O’Brien said.

Added Hogg: “I just highly recommend it if you have schools that aren’t doing it. Engaging a father figure to be active in school helps all the kids out.”

Jackson said the National Center for Fathering has closed their Watch D.O.G.S. program, but Stoney Creek hopes to keep it going and has enough T-shirts for next year. 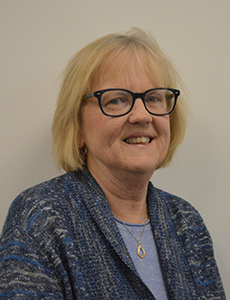 ‘Teacher assistant with a grandma spin’