Thornapple Kellogg — High school senior Ethan Bowerman usually can be seen strengthening his core doing squats in the gym, but today he’s doing it practicing the two-point position on horseback at the YMCA’s Camp Manitou-Lin.

His instructor, a YMCA volunteer, encourages him to challenge himself as he leans forward in his saddle, calling out, “Hold it, hold it, a little bit more, and a little bit more … and sit!”

Ethan is in a therapeutic riding program that allows students from kindergarten through twelfth grade from the district’s cognitive impairment program to visit the camp for six weeks each summer and fall.

The students develop bonds with their horses during weekly one-hour visits by grooming them and practicing skills such as the two-point position, which helps students who frequently suffer from poor muscle tone to develop crucial core muscles.

When the high schoolers finish riding, they carefully dismount and tie their horses to their posts. Just moments later, early elementary students enter the ring and start to groom their horses.

Kindergartner Xander Pease’s eyes are bright as he greets his horse, but when it starts to lick his hand, he’s not sure how he feels about that.

“I like horses, but not the slobber,” he says. Once he gets his turn to ride around the circle, he quickly forgets about the unwanted horse kisses.

Jill Bouwkamp, Xander’s special-education teacher at McFall Elementary, started the therapeutic riding program in 2007 in conjunction with the YMCA with just six students from her class. Now every student with mild cognitive impairments in the district gets the opportunity to ride, thanks to funds raised by Camp Manitou-Lin at their Fall Fest.

Bouwkamp says they see big gains. “I have one kiddo whose mom brought him to school the day after his first lesson and said, ‘Every day we ask him how school was and he never has anything to say, but we couldn’t get him to stop talking last night.’”

Another student, Bouwkamp says, started the year terrified of horses. “He got on his horse and was just shaking, like, we weren’t sure he was going to make it this time.”

Once the student was on his second time around the arena, she says, he was all smiles. “He was very proud of himself, and when he saw the school bus coming to take them back to school, he was very disappointed.”

Parapro Heidi Fliearman sums up the benefits of therapeutic riding: “It’s the time they get to spend in nature, and the horses, learning the skill and the independence of it.” 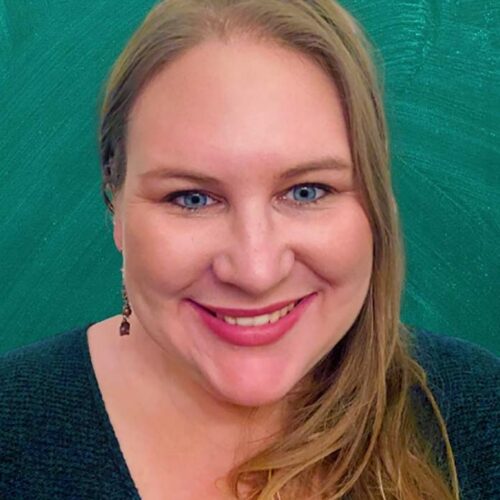