Sparta — The tiny dome-shaped robot lit up next to Elouise Nemetz as she programmed it from her computer.

She and her fellow fourth-graders in David Oudbier’s STEM class at Appleview Elementary put the finishing touches on a project that sent their costumed Ozobots — mini-robots designed to teach robotics and coding — trick-or-treating in little neighborhoods they had created with milk cartons and paint.

After working out some code, Elouise decked out her ‘bot in a ghost costume and took it to one of the neighborhoods to test it out. “Mine’s going trick-or-treating,” she said excitedly.

The focus that day was making turns, moving and making sounds in the neighborhoods. Students worked to get the bots to go up to a house, make a sound to make their presence known, wait for an answer at the door, make another sound and then move on to the next house by making a U-turn — all the while making sure to stick to the sidewalks rather than walking over someone’s lawn. Later on, students would fine-tune their programming to make the ‘bots go to specific houses.

Students had already gone trick-or-treating on Halloween night but were treated to this coding project after the holiday.

‘Sometimes you just let them play. They just love that opportunity to explore and plan and create.’

Oudbier said the school got the Ozobots for his classroom last year. The programming language OzoBlockly allows students to program the ‘bots to do different things. Last year, they navigated mazes and raced the Ozobots on a track. Some students even programmed their ‘bots to dance together.

Google Not Allowed But Not Needed

Students are tempted to “Google it” when working out the programming, but Oudbier wants them to figure it out without looking online.

The classroom buzzed with excitement and chatter.

“Look at what mine’s doing,” said one student. “It’s still laughing. … Yeah, I made it laugh.”

“Look at it. It went to a house. Look. It turns. It’s coming out, and then it turns again, “ said another.

“Mine did it perfectly,” said one. “But its costume is coming off.”

“Look, it’s at a house,” said another. “It keeps repeating to the same house.”

Students Come Up with Different Solutions

Alondra Ibarra dressed her ‘bot as an alien. She said she liked “messing around with the Ozobots.”

“What did your ‘bot do to let the people know you were there?” Oudbier asked students.

“I made mine do notes,” said Aria Stouten, who made her ‘bot play a “C.” “It’s ringing the doorbell.”

Edison Noto explained his process of trial and error: “I almost got five (houses), but I only got four,” he said. “I did the U-turn but I didn’t U-turn this way because I’m not going back that way – I was at this house. I already went to that house. I U-turned this way and then that way.”

For Edison and his classmates, it was a tricky lesson in robotics, but the treat was in the learning. 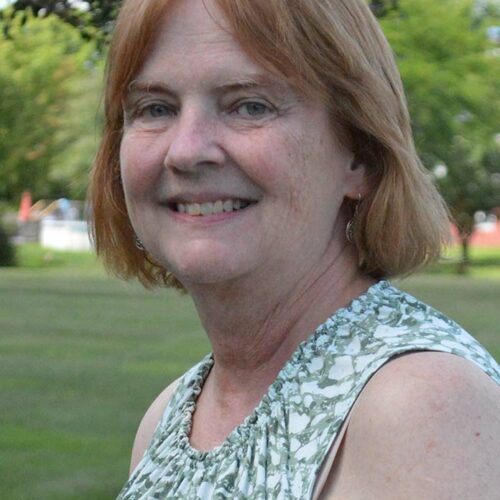