Is the American Dream alive or dead?

Tenth-graders put mentoring by attorney to use in real courtroom

Forest Hills — The 10 student jurors in Cascade Township’s 63rd District Court had made their decision. The jury chair stood, and summarized the efforts of defense and prosecution teams, praising the former for the attorneys’ confidence, excellent cross-examination and compelling witnesses, evidence and explanations.

The latter were lauded for their emotional appeals, good evidence and data, and the strong presence of the lawyers as they moved out from behind the lectern and spoke directly to the jury.

‘The hardest part was going up to speak, until you realized that the jury just wants to hear what you have to say.’

— tenth-grader Grant Ofield for the defense

What would their final verdict reveal? After two hours of questioning, testimony and deliberation, the courtroom was silent as the jury prepared to deliver the verdict on the question: Is the American dream alive or dead?” Definitions of The American Dream vary, but all include ideas such as that everyone has the opportunity for success if they are willing to work for it.

“Oftentimes, students will choose characters from novels they’ve read in English as witnesses in the trial, so that is another tie in as well,” Irwin said.

Student Grant Ofield thought the experience was both enjoyable and nerve-wracking. He also said it really helped his public speaking: “Everybody should try this. It was a great experience to do with friends. The hardest part was going up to speak, until you realized that the jury just wants to hear what you have to say.”

‘So much of school can be abstract. When learning is aligned to real life, it is practical. Whatever you do in the future, the skills are still there.’

The project-based approach, with history and English content coming together, gives purpose and meaning to learning.

“In U.S. History, we often talk about the ideals of our nation, including opportunity. While our nation has created a lot of opportunity for a lot of people, mistakes have also been made. We then get to use the skills they work on in English to apply this in the trial,” noted Irwin.

The12 witnesses played by students were drawn from history, popular culture, and novels. They were a diverse lot, from figures such as actor Ashley Judd and historic figures Malcolm X and Emmett Till for the prosecution; and actor Sophia Vergara and talk show hosts Ellen DeGeneres and Oprah Winfrey for the defense.

Witnesses were examined and cross-examined, and the students playing the parts gave well-prepared statements in character based on the research they had done in class, most without using any notes or cues.

Emmett Till, played by student Danica Hoisington, told the prosecution that he hadn’t expected the racism he found when visiting his cousin in the South. He said his voice had an up-down cadence due to polio, and may have been mistaken for the whistle sound he was accused of making at a White woman.

He agreed that photos of himself after he had been beaten to death could be shared with the jury, and the prosecuting attorney, played by student Gavyn Bride, noted that he was simply a 14-year-old-boy who never had the opportunity to live the American Dream.

The defense attorney, played by student Maggie Russini, took a different approach, asking Emmett if his short life had inspired others, if his family had been motivated to fight for civil rights and racial justice, if his story had resulted in lynching being declared a federal crime, and if his legacy lives on.

Emmett replied in the affirmative.

‘My mom didn’t think racism would be an issue.”

— Emmett Till, aka tenth-grader Danika Hoisington, when asked about the 1955 trip he took from Chicago to see relatives in Mississippi

And the defense, too, had witnesses with compelling stories. Aidan Conran, playing a defense attorney, spoke to Degeneres, played by student Jeffrey Johnson. He pointed out that she had earned many awards, agreed that her shows brought joy to viewers, and noted that her marriage was only possible at the time because of California’s same-sex law.

When the prosecuting attorney, played by student Finn Thorpe, cross-examined Degeneres by asking if she experienced threats of harm, she affirmed that she had, and she also said that the opportunity to achieve her dream was diminished for a time because of that.

Students not only studied the compelling figures they would be examining or portraying, they also learned about what being a trial lawyer is like from parent and trial attorney Brian Masternak.

He emphasized two important trial and life skills in a prior one-hour presentation to the class:

‘We get to use the skills they work on in English to apply this in the trial. Oftentimes, students will choose characters from novels they’ve read in English as witnesses in the trial, so that is another tie in as well.’

The experienced trial attorney noted the value of Project NEXT and its experiential approach: “So much of school can be abstract,” Masternak said. “When learning is aligned to real life, it is practical. Whatever you do in the future, the skills are still there.”

Students put these skills to work. After two-hours of examining and cross examining all 12 witnesses, the jury was ready to hear final arguments. Attorneys for both sides thanked the judge, jury, witnesses and attorneys, and then reviewed the testimony of each of the twelve witnesses.

The prosecution, whose case was summarized by Addy Modzeleski, maintained that “We have definitely seen that everyone does not have an equal chance. We all know the American Dream is dead.”

Many of the waiting witnesses and attorneys reacted with murmurs and affirmations, prompting teacher-turned judge Mike Gillette to call for order in the court.

Calm returned and the defense summary, presented by Maggie Russini, argued that “No matter what, everyone has the opportunity to live the American Dream. It’s insane to say it’s dead.”

The trial was over.

As the jury deliberated, Gillette told participants how proud he was of their work. Irwin reminded students: “This is a team effort. It never comes down to one thing. Don’t be disappointed if you don’t win.”

The spokesperson for the jury, Spencer Masternak, delivered this five-word verdict to a silent courtroom:

“The American Dream is dead.” 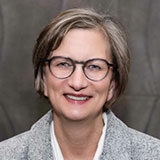 ‘I am here for them through it all’