Kelloggsville — Putting away student ID cards, sweeping floors, wiping down tables — students at Kelloggsville Central Elementary School help out the kitchen staff in these and many other ways.

Every day during school, hundreds of students from different grades come through the line to pick up a meal. On a recent Wednesday, 129 fourth-graders lined up to get lunch, and some of them stayed behind to help clean up.

Postma is only too happy to have the help from the sweepers and table-wipers. She also received permission from Principal Kelly Farkas and the fifth-grade teachers for their students to help put the identification cards away. Each week, a different fifth-grade class puts away the cards belonging to the third-, fourth- and fifth-graders after their lunches, Postma said.

“Kids came nonstop asking to help put the cards away,” she said. “I think for them a lot of times it’s a sense of feeling important and belonging to something. It’s a positive experience for them.”

Kendall Davis, a fifth-grader, has helped out at the school’s kitchen quite a bit in recent months. On this day, Kendall helped sweep up floors and wipe down tables.

In December, he volunteered to come in early one morning to help Postma make 180 glazed donuts, and crushed cereal to put on top of them.

“It was fun. When I got asked, I was like ‘Yes, I would like to do this job,’” Kendall said then.

Fifth-grader Malual Deng helps out in another way. Just outside the cafeteria is a wall filled with pouches where students place their ID cards after they’ve turned them in to get lunch. Malual volunteered to help put the cards away.

‘I think for them a lot of times it’s a sense of feeling important and belonging to something.’

Jack Morisho, another fifth-grader, has helped out with kitchen tasks before, he said. On this Wednesday, he was wiping down tables and sweeping floors after the fifth-grade lunch period, alongside other students and custodians. “It’s just good to help,” he said.

Postma said she likes chatting with — and getting to know — the students when they come through to pick their food up.

“We have split seconds with the kids when they come through the line,” Postma said. “We want this to be a positive time.”

Fourth-grade teacher Rachael Coon said she has seen her students take better care of their desks because they have helped out in the cafeteria. All of them have volunteered to do so, she added.

“I think it’s a way to teach them responsibility,” Coon said. 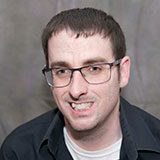