The Superintendent: A Day In the Life 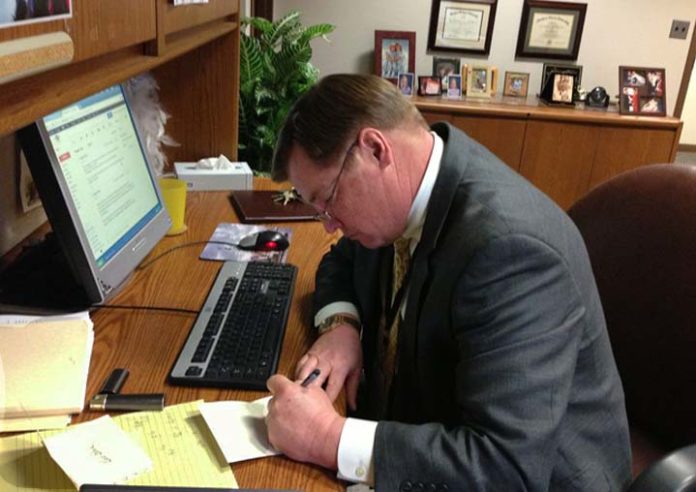 “Nice tan, how was Florida?” he asks before starting the two-hour meeting, the first of four he would have on that day.

It’s been six years since Palczewski became the district’s superintendent, following acrimonious contract negotiations that threatened the cohesiveness of the school community. As he prepares to step down at the end of the month, Palczewski said a focus on relationships at all levels has been key throughout his time at the helm of the 8,900-students district.

“Relationships are vital in our district,” said Palczewski, adding Kentwood’s student body includes students from more than 60 countries who speak as many different languages. “Building relationships with students of such varied backgrounds, languages, religions… it really has driven home the point that it has to be a priority.”

Since Palczewski took the helm, the district implemented the “Capturing Kids’ Hearts” program, which focuses on building relationships with students and in social responsibility. In the last year 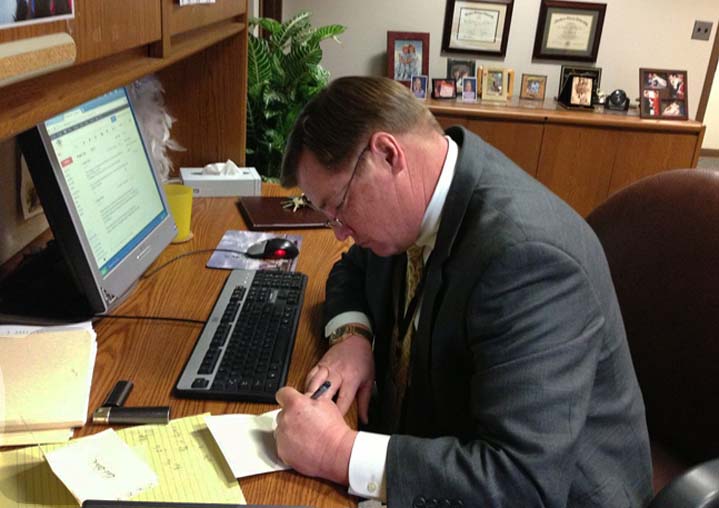 administrators also developed the SMaC (Specific, Methodical and Consistent) Plan, a guide to ensure all decisions are made with the students in mind.

In every one of the district’s schools, educators are expected to welcome students with a handshake and a greeting, just like Palczewski was modeling that day. This allows teachers to notice if the students are doing well or if something seems to be bothering them so they receive the extra support they may need during tough times. It also keeps them accountable for their actions.

The program, developed by The Flippen Group, has worked so well that several area schools have also implemented it. At Kentwood, all sixth grade and freshmen students go through the training reinforcing the idea that they, as much as educators, are responsible for their learning.

Palczewski said in the last six years, the district did much introspection to decide how they could do things better. He said 15 years ago, the school’s motto was “all children can learn”.

“We all believed that but I don’t know that our actions were consistent with what we said our beliefs were. That’s where things like a social contract, the SMaC plan, connecting with others came in. The work we’ve been doing has been vital to that mission. How can we afford not to? When you have kids from so many countries, so many backgrounds, we have to be building relationships with the kids.

“The district is in a muchbetter place than we were, not only during the negotiations in 2003 but after that as well. The conversations are much more civil. Teachers feel valued, they feel like they have a voice. Staff are treated fairly and they like working in Kentwood. That’s what I’m the proudest of,” said Palczewski as he drove his Honda Odyssey minivan to a meeting at the Kent Intermediate School District.

The van still has visible signs of the years Palczewski, wife Lisa, and daughters Emily and Kathryn spent carpooling to sports meets and band performances, before the girls graduated from Kentwood in 2009 and 2010, respectively. 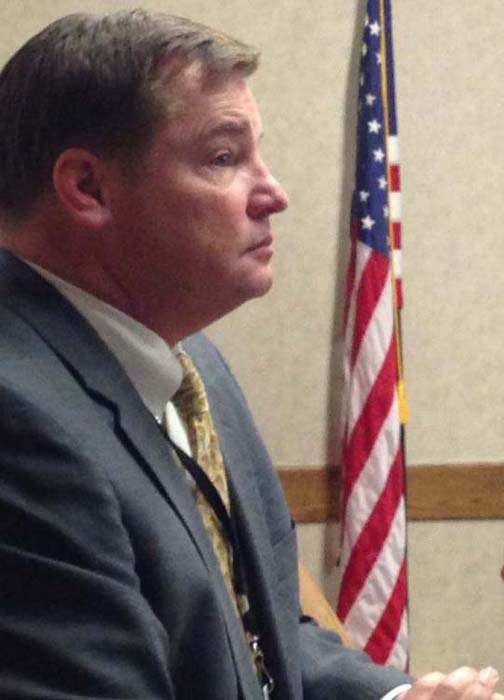 “Scott has always had that passion for students,” said former Kentwood board

member Bill Joseph, who serves with the Kent ISD board and has known Palczewski since the early 1990s when his own son went through Kentwood schools. Joseph said Palczewski has always put children first.

“He’s always seeing how he can best serve the students of Kentwood and how can he improve different things and bring about academic success,” he said, remembering when the 55-year-old administrator was the principal at the recently opened Freshman Campus. “I’ve watched Scott and how he handled the district during the tough economic times, he’s a great visionary,” Joseph added.

“He’s put the right people in the right positions and he’s always been about doing the right thing for the right reasons.”

Some collaborative efforts are as simple as a shared bid for materials or services used by all districts, like road salt or waste management.  Others dive deep into instructional practice to improve student achievement.  Such was the case with Innovation High, a project-based learning initiative so successful it has received attention from school reformers across the nation.

At this particular meeting, the group hears from a company offering services to adequately and systematically survey the school community and community at large to later make decisions on services based on this feedback.

The superintendents share a lunch and discuss the recent developments in Lansing before they head back to their districts.

Back at his office, Palczewski spends a couple hours checking his email, hand-writing a condolence card and a get-well-soon note to employees before taking some time to help out Kentwood’s new superintendent, Michael Zoerhoff.

Together, they prepare a letter informing the board of education about an incident involving a student teacher at the high school who allegedly smoked pot with a student outside the classroom. The media are seeking comments on the issue. 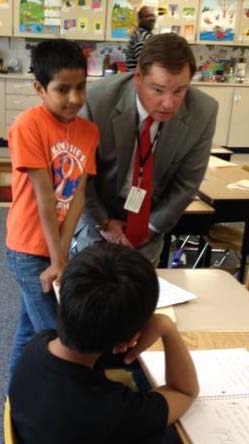 northern Michigan and Canada, thank you notes from students, and large photos of Kentwood students and of his own daughters at various stages of their lives. There’s also the “snow day magic wand” a teacher sent to make sure the superintendent can conjure such a day when needed, and a favorite quote of former superintendent Mary Leiker, by Star Wars’ Master Yoda: “Do or do not. There is no try.”

This year, administrators went through a process to identify what the district is really all about.

The SMaC Plan, Palczewski said, will come in handy as the district transitions to a new superintendent.

“It was important for administrators to go through the process to identify those things that are most important to our organization because I’m not going to be here,” he said, adding all decisions will be based on that plan.

“When we’ve got a plan there aren’t any questions. Is it consistent with our plan? If not then, is it really a question? It’s a compass, not my compass, (but) our compass that I just had a part in (developing).

“Everybody had a voice when we developed this plan. We have something we’ve agreed upon and, yeah I’m a little sentimental. Yeah, I have that notion that I’ve been working for 22 years preparing the product that we have today.

“The SMaC plan put it down on paper for people so if there are ever any questions, let’s go back to the plan. I didn’t put it together, our administrators did.”

As Palczewski prepares to leave Kentwood, Joseph said he’s laid a great foundation for the next administration.

“I think Kentwood has been blessed to have Dr. Scott as superintendent for this six years. And even though Scott has done a great job, Mike has prepared himself very well and I foresee he will be able to take this district to new levels in these changing times.”

‘They can create their own career path’

The fate of John Brown