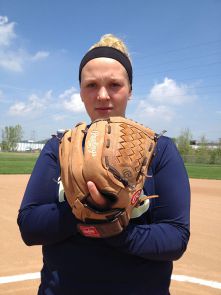 When Amanda Emelander walked across the stage during Lee High School’s 90th commencement ceremony May 22 she carried four generations of “Rebel” blood in her veins. Her father, Ty Emelander, graduated from the school in 1979 and is now its head football and baseball coach.

Her grandmother, Doris (Hill) Emelander, graduated from Lee in 1954 and her great grandmother, Edith Slager, was among the first to attend the school back in the 1920s though she left early to attend college and later earned her high school diploma while attending Olivet Nazarene College in Illinois, family members believe.

Her family’s long history with the school is among the reasons the 18-year-old applied midway through the eighth grade to the Schools of Choice program so she could attend school in Godfrey Lee rather than her home district of Hudsonville Public schools. Her other reason? Softball.

“I’m a very dedicated softball player and Hudsonville didn’t have a middle school softball program when I was there,” Amanda said. “I also have a deep connection to Lee.

“When I was growing up I spent a lot of time at my grandmother’s house and she lived on Cleveland Street and my best friend lived on Huizen. When we were kids, my brothers and I and all of our friends would spend hours over at Pinery Park playing softball.”

Those hours paid off in the form of a stellar softball career at Lee which earned her a scholarship to Spring Arbor University where Amanda plans to fulfill her college general studies next fall. Admittedly competitive, Amanda said she doesn’t keep track of wins and losses though her father said she’s won nearly 80 games as a pitcher during her softball career and hit about 20 homeruns.

Amanda capped her high school career May 21 by hitting five consecutive homeruns, a state record. Amanda said she enjoyed her time at Hudsonville schools, but along with the opportunity to play softball at a younger age, she also liked the intimacy of attending school in a district of 1,925 students compared to Hudsonville with 6,200.

“Not that there’s anything wrong with Hudsonville, but it’s just so big,” Amanda said. “I didn’t know half my class.”

Amanda said she also preferred the cultural richness offered by Lee’s large Hispanic population. She said her time at Lee has opened her up to new experiences and taught her to reject stereotypes.

“Lee sometimes gets a bad rap because people see some of the kids with their pants hanging low on their hips and think they’re gangbangers but they’re not,” Amanda said. “There are some of the nicest kids you’d ever want to meet at Lee; people who wouldn’t hurt a fly.”

Amanda said Lee is also a place where students stick together during good times and bad. She recalled a sad day her freshman year when Spanish teacher Fred Solis died.

“Our whole school came together,” Amanda said. “We were all there for each other.”

Folks rushing by on Chicago Drive to the north or Burton Street to the south likely have no reason to venture into the 1.1-square mile neighborhood where Lee High School has served as an anchor since opening in 1923. The neighborhood’s many cul-de-sacs seem to protect its working class homes with their neatly kept yards from outsiders. 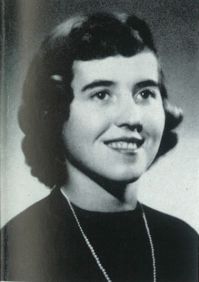 Godfrey Lee Superintendent David Britten described some of the school’s history, noting while the original building has seen five additions during its nine decades, students still walk some of the same halls as those who attended back in 1923.

Britten traced the district’s history back to 1857 when the surrounding community was mostly farmland and a few plaster mines and was known as Wyoming Township District No. 7. The advent of the electric interurban trains to Holland and Kalamazoo led to a platting boom and later ease of transportation, coming with the automobile and expansion of manufacturing along Wyoming’s northern corridor, which sparked the growth requiring the district’s expansion to a full high school.

Since its first graduating class of five students in 1925, more than 6,000 subsequent graduates have matriculated at Lee High School. Four of them are Emelanders.

“I always liked the multi-cultural assemblies we had where you could see how much diversity is at Lee with all those different kinds of people all in the same building,” Amanda said. “I don’t see why anybody wouldn’t want to go to Lee.”