Parents Respond: Students are Being Over-tested 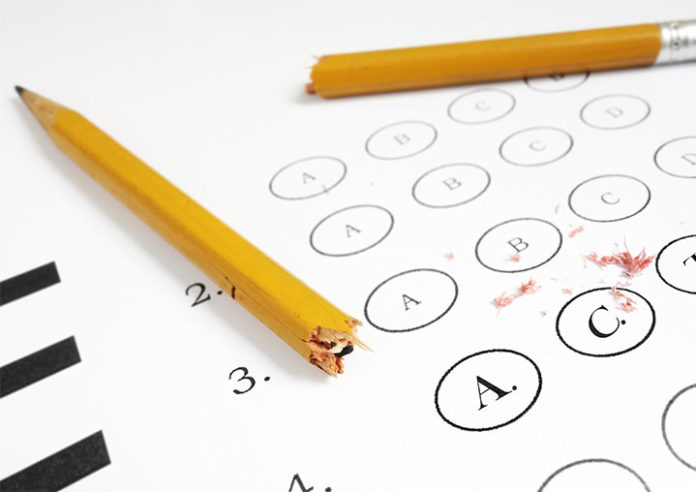 Public school parents’ top priorities for their children should be raising their level of hope and maintaining a high level of interest in what they’re taught, not standardized tests that have too much funding attached to them, according to a recent national survey that tracks the public’s support for testing.

A 47th annual PDK/Gallup Poll of the Public’s Attitudes Toward the Public Schools concludes most Americans say there’s too much emphasis on standard testing in public schools.

In particular, 64 percent say there is too much emphasis on standardized testing in public schools with only seven percent believing there’s not enough.

A majority of parents and Americans surveyed oppose using standardized test scores in teacher evaluations (55 percent of Americans and 64 percent of public school parents.) Too often they become the scapegoats for what’s wrong with education.

The findings are based on a national web survey of 3,499 Americans ages 18 and older and an additional phone survey of 1,001 people 18 and older.

These findings are vastly different than a survey taken in 1970, where 75 percent of the public polled said national tests should measure public school students’ educational achievements and be compared with students in other communities.

Instead, according to the poll, eight in 10 would rather see students engaged more with their classwork and have school communities boost their level of hope for the future as a way of gauging public schools’ value.

Moreover, they believe there should be other methods to measure students’ progress, including examples of students’ work, grades awarded by teachers or written observations by the teacher.

Translation: Students are being over-tested and testing has overtaken schools.

Of the 11 factors presented, public school parents say the three most important factors in choosing a local public school include the quality of the teachers, the curriculum (that is, the courses offered) and the maintenance of student discipline.

The three least important factors: proximity of the school to the workplace, the success of the athletic program and student achievement as measured by standardized tests.

Meanwhile, the National Education Association said the “toxicity” of standardized testing must end because it has turned the education system into a system of teach, learn and test with a focus on punishments and prizes.

“As educators, we support testing as a way to guide instruction for our students and tailor lessons to their individual needs,” the NEA said in a statement. “When students spend increasing amounts of class time preparing for and taking state and federally mandated standardized tests, we know the system is broken.”

“So much happens at school that shapes our children’s tomorrows, including the security, acceptance and joy they feel today. Parents don’t want their children to be treated with a one-size-fits-all education approach. And educators know that students are more than a test score, so let educators teach and put an end to the toxic practice of punishing students, schools and educators based on test results.”

Most, but not all, do not believe the Common Core and charter schools are the answer, either.

See Related Story: The Weight of the Test – Taking the PSAT left Kent Innovation High School sophomore Anna DeBraber feeling stressed, frustrated and as if the years of work in class and the community didn’t matter. She became so emotional about it that she created a 7-minute Facebook video to vent her concerns. Her score doesn’t reflect the real-world skills she’s developing at the non-traditional school…

A majority of them (54 percent) oppose having teachers in the community use the Common Core State Standards to guide what they teach. Apparently these parents are well informed: 72 percent of them said they have heard a great deal or a fair amount about the Common Core while only three percent say they have not heard of the standards at all.

Lisa Litvin, an education advocate from Hudson, New York whose daughter attends a public school, sees charter schools as a political effort that threatens traditional public schools in her state and elsewhere because they’ve become something they weren’t intended.

Instead of being incubators for new ideas in teaching that would be brought back to traditional schools, they’ve become a permanent alternative to public schools, which causes Litvin to worry if that will threaten funding for traditional public schools.

Still, there remains strong support for charters. 64 percent of Americans surveyed via phone favor charter schools with even higher percentage of support among Republican and independent voters, results that are similar from last year’s poll.

Moreover, nearly two-thirds of Americans favor allowing parents to select any public school in their district.