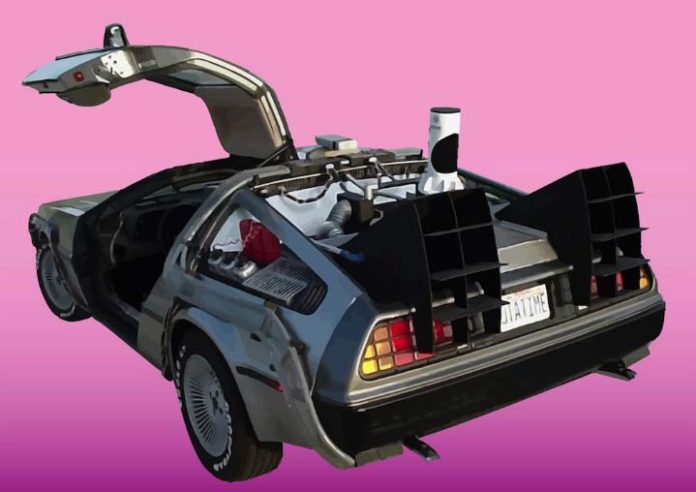 Hot off the presses is a new book titled “Reskilling America: Learning to Labor in the 21st Century,” which encourages educators and policymakers to pivot from college to career prep to meet current economic demands.

“Hello! McFly!” It’s Back to the Future or, if you prefer, deja vu all over again.

Reskilling America author Katherine S. Newman of the University of Massachusetts at Amherst, and co-author Hella Winston of Brandeis University, recently described the career education of the future in an April 15 op-ed in the New York Times. Using a South Carolina school as an example, the piece perfectly described the options available to students at Grand Rapids’ Kent Career Tech Center and many others like it across Michigan.

That’s right, Doc Brown, where we’re going we’ll still need roads. And for that matter, plumbing, masonry, people who can fix and/or make a DeLorean, aircraft and shopping malls, and all in greater quantities than flux capacitors.

Gov. Rick Snyder visited the tech center and others across the state earlier this year to draw attention to educational opportunities available for students who wish to avoid mountains of college debt and go straight into the workplace, many in relatively high-paying and stable jobs.

It’s a difficult message to sell, because the “college for all” concept is so pervasive. Just over 12 percent of Kent County students attend the tech center, about the same as the percentage of special education students in the region. That number is growing slightly, but for the most part has remained relatively static the past couple of decades.

The rest of the region’s high school students may attend an IT, business or another career-oriented class offered at their home high school, but most are marching lockstep toward a four-year postsecondary experience because they believe it’s what they’re supposed to do. If they don’t complete their degree — and about half don’t after six years of college — they’ll struggle to find their place in the workforce while saddled with college debt that will consume a huge portion of their disposable income.

Michigan requires each of these students to receive a career certification along with the required college entrance exam. All take the three WorkKeys tests — reading for information, applied mathematics and locating information — but few are ever told the benefits of those tests or receive the nationally recognized and transferable career credential — the National Career Readiness Certificate — that most qualify for after taking those tests in the Michigan Merit Exam.

Why? Because Michigan failed to make it a part of the contract negotiated with ACT for the WorkKeys tests. The National Career Readiness Certificate is recognized by businesses nationwide as a measure of bearers’ ability to apply what they’ve learned in the workplace. Employers say it is a much better representation of an employee’s skills than a high school degree or a grade point average.

The certificate is issued in four levels — bronze, silver, gold and platinum — based on the scores individuals receive on the three tests. A score of three or above on each test qualifies for a bronze, four for silver, five for gold and six (attained by about one-half of 1 percent of all test takers) for a platinum. Those who earn silver or above demonstrate that they possess the basic skills required for about 80 percent of the jobs in the marketplace.

Even worse, because Michigan failed to ensure every student who qualified for a certificate actually received one and was counted toward the state’s total number of certificate holders, our economic development gurus cannot use the certificate to quantify the skills of Michigan’s workforce. And we know that matters in very tangible ways: a few years back we lost a Subaru plant to Northern Indiana because that state could tell Subaru there were X number of silver certificate holders to meet their employment needs within a specific radius surrounding the proposed plant location.

More recently, the Switch company opted to locate a new cloud computing center for the northeast U.S. in Grand Rapids. Switch was lured to the region by an offer for the Steelcase pyramid it couldn’t refuse. But the company is said to use the certificate in its recruiting and employee retention/promotion process. Wouldn’t it have been great to be able to tell Switch that more than 70 percent of the area’s high school graduates of the past decade earned a silver or better? That 92 students scored at the platinum level just last year?

Michigan would outperform all other states that use the certificate in their economic development efforts — many of them the southern states that have captured virtually all new automotive plants in recent years — if we had demanded the ACT provide certificates for every student who took the Michigan Merit Exam since its inception. That is pretty much a no-brainer, because Michigan is unique among the states in requiring every student take the three tests that qualify them for a certificate. Most states, if they require the WorkKeys tests of their students, limit that testing to students who take career tech courses.

Fortunately, the governor’s office recently dug into this issue and, with the help of Sen. Goeff Hansen, the Senate is going to demand ACT recalculate or renegotiate its agreement with Michigan to provide both the student certificates and, going forward, the data demonstrating National Career Readiness Certificate attainment.

Here’s hoping Hansen is successful. It’s been a long time coming. But for many of our K-12 students who graduate without a clear vision of where they’re going, a workforce credential may point them back to a future that is more promising than a resumé that boasts some college credits and a mountain of debt.